Brazil’s oldest natural history museum has burned down. The institution played a crucial part in creating Brazil’s identity as a country. 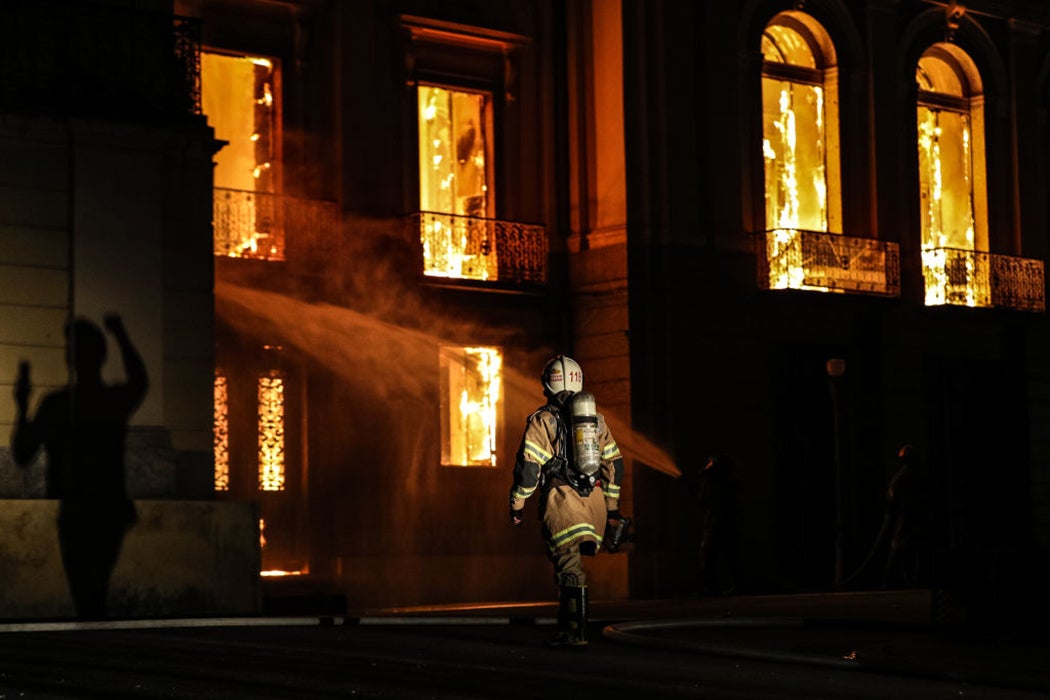 On September 2nd, 2018, the world suffered a massive loss when Brazil’s storied Museu Nacional in Rio de Janeiro burned to the ground. Many collections were damaged or destroyed, including entomology collections, cultural artifacts, and the earliest known human remains from the Americas. It’s a great loss to archivists and scientists, but the institution’s symbolism is also significant: the museum helped the young nation of Brazil find its footing.

The museum has a long and storied history. Founded in 1818, it actually predates the modern nation of Brazil, which gained its independence from Portugal in 1822. The museum was founded to house an even older collection from the late eighteenth century, making it one of the oldest scientific institutions in the Americas.

Scholars Maria Margaret Lopes and Irina Podgorny describe how in the 1850s, Brazil, along with other emerging nations of South America, envisioned an expanded role for its prized museum. Museums, especially natural history collections, began to be seen as centers of pride and prestige. The space and effort required to house large items, such as whales or the giant extinct mammals indigenous to South America, made for an ostentatious display of pride.

National funding was a badge of honor as well. Under director Ladislau Netto national funding of the museum vastly increased, and the museum transformed from a musty specimen warehouse into a world-renowned institution for teaching and research. Brazil did not yet have a university, so this role was filled exclusively by the Rio museum.

Adding materials from local indigenous cultures and ecosystems further helped to solidify national identity in Brazil and across South America. Museum researchers spread out through the unexplored areas of Brazil, collecting cultural and natural artifacts as they went. The process built their collections, mapped these previously unknown areas, and transformed these wild frontiers into a part of Brazil’s collective national heritage. And, as Maria Margaret Lopes points out in another article, the museum was a means to keep these locally collected items in the region, rather than seeing South American heritage displayed in North America or Europe.

The museum (like so many other similar institutions) has darkness in its past, as well. For a time in the nineteenth century, especially in Brazil and Argentina, museums became consumed with the search for the origins of humanity. Museum researchers examined indigenous societies of the region in search of the most “primitive” human condition. Their “findings” were used to justify racist and even genocidal policies across South America.

The fire, unfortunately, is the culmination of the decline in support for a renowned international treasure. The museum was woefully underfunded, and given its antiquated fire suppression systems many staff had predicted the disaster. Today, the Museu Nacional has its own scientific publication and museum scientists have contributed to thousands of scientific papers, many in JSTOR. Museum staff went on to found other regional museums in Brazil. The destroyed collections are a great loss to the world, but the museum’s greatest asset, its skilled and dedicated staff, are still here.