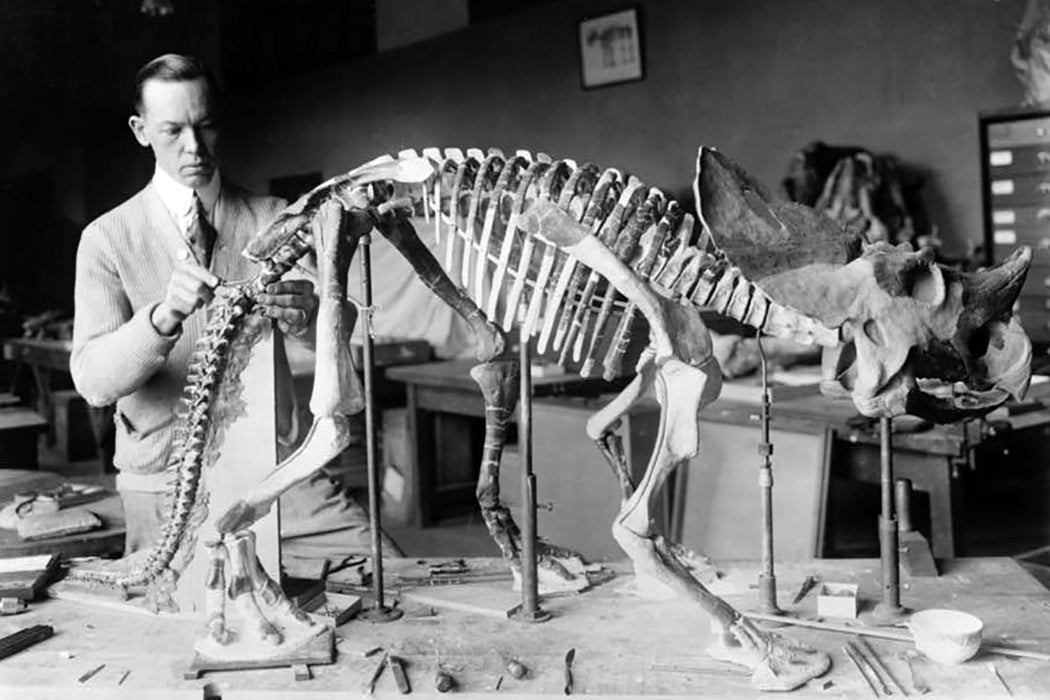 Looking at the dinosaur skeletons on display at the American Museum of Natural History in New York (AMNH), it’s easy to see them as solid evidence from the past. But, as historian Lukas Rieppel writes, the iconic dinosaur exhibit has always balanced conveying objective truth with promoting science to the public.

When the AMNH was first incorporated in 1869, its self-proclaimed mission was multifaceted: to develop the study of natural sciences, to offer “popular instruction and recreation,” and to garner enough of an audience to justify the city’s underwriting of its construction and maintenance.

“The best books, written by the best scientific men, soon become out of date,” the museum’s chief paleontologist, Henry Fairfield Osborn, said. On the other hand, a “fact of nature… will be the same for thousands of years.” And so the museum was “scrupulously careful not to present theories or hypotheses, but to present facts.” One aspect of the museum’s commitment to rigorously objective science was a focus on mechanically produced images: things like photographs, X-rays, and casts.

Since almost all unearthed dinosaur fossils were incomplete, that meant replacing missing bones with plaster of Paris copies.

But, Rieppel writes, the most objective display of fragmented fossilized bones would be terribly boring. So when the museum created its Hall of Dinosaurs in the early twentieth century, large teams of scientists and technicians tried their best to reconstruct whole skeletons. Since almost all unearthed dinosaur fossils were incomplete, that meant replacing missing bones with plaster of Paris copies, and mixing and matching pieces of different specimens, taking their best guess at exactly how different fossils fit together and how the creatures would have stood.

At the center of the hall was the 70-foot long, 15-foot high Brontosaurus, a display Osborn hoped would be a hit with the public. To help make that happen, the museum undertook a major publicity campaign. When the display opened, it invited around 500 special guests, including the mayor and major business leaders, to get a first look. Women served tea beneath the skeleton.

A New York Times story conveyed the public appeal of the exhibit while raising questions about its scientific merit. It quoted a boy wondering “how many little fellers like me do you think he could swaller at a gulp?” as well as a “professor with large glasses” who called the tea party “an absurdity, in bad taste in a place devoted to science.”

The museum took steps to show scientifically-minded visitors how it had reconstructed the skeletons without spoiling the illusion for everyone else. For example, Rieppel writes, it seems to have tried to distinguish plaster bones from real fossils with subtle visual clues that would only be obvious to a close observer. Some scientists objected strenuously. “Beauty ought not to be secured at the expense of truth,” one wrote in the journal Science.

Scientific truth, of course, is an ever-evolving process. The challenge for museums, and anyone serving science to the public, is conveying that gradual process, while still getting anyone to pay attention.

Bringing Dinosaurs Back to Life: Exhibiting Prehistory at the American Museum of Natural History
By: Lukas Rieppel
Isis, Vol. 103, No. 3 (September 2012), pp. 460-490
The University of Chicago Press on behalf of The History of Science Society
On the Restoration of Skeletons of Fossil Vertebrates
By: Oliver P. Hay
Science, New Series, Vol. 30, No. 759 (Jul. 16, 1909), pp. 93-95
American Association for the Advancement of Science 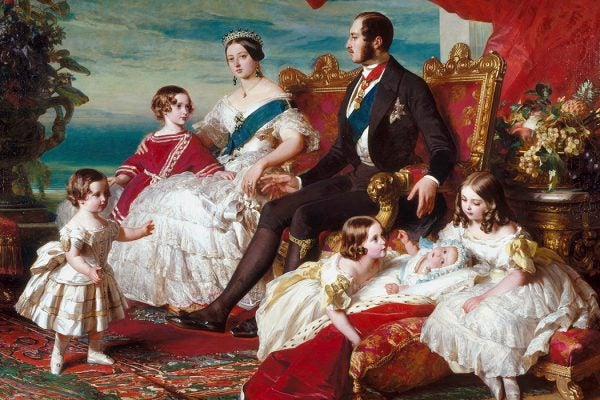 The Genetics of Cousin Marriage

It's conventional wisdom that procreation between first cousins is unhealthy. But what are the actual genetic risks?