Wordsworth and the Invention of Childhood

Prior to the 18th century, children were considered little adults. It was only during the Romantic Era that the concept of childhood emerged. The Romantic Era was more than just opium binges, wild landscapes, and epic literary rivalries. It was also concerned with nostalgia for bygone worlds, simpler times, and the past. Linda M. Austin writes that these preoccupations helped the Romantics bring about something beyond poetry: a nostalgic concept of childhood that still resonates today.

The “innocent child of nature,” writes Austin, was a purely Romantic invention, one that coincided with the invention of childhood in the wider culture. Before the 18th century, children were widely regarded as little adults, but in the 19th century that conception changed, in part due to Romantic ruminations by poets like William Wordsworth.

Romantic essayists and poets referred to childhood as an experience as opposed to a duration of time.

Austin tracks changes in childhood throughout the early 19th century, from laws that required birth to be publicly registered from 1836 on to shifting ideas about the age of consent. However, notes Austin, these ideas were often confused and contradictory, so Romantic essayists and poets referred to childhood as an experience as opposed to a duration of time. In works like Charles and Mary Lamb’s Mrs. Leicester’s School, writes Austin, “childhood is what is remembered as childhood, but it always emerges from the gap created by something that has happened to someone.”

Wordsworth took childhood nostalgia to another level, writes Austin, with poems like “The Pet-lamb” and “Lucy Gray.” By portraying children who “[frolic] outdoors” and who seem to embody adult preoccupations with memory and nostalgia, children come to represent adults’ sentimental attachments and fantasies of simpler times.

Romantic poets often found themselves “longing for the small figures” that represented their own memory, writes Austin. Combined with societal changes and the Romantics’ own influence, she suggests these “perennial” children contributed to the creation of a longer real-life childhood—one irrevocably identified with nostalgia, bitter-sweetness, and the sadness of growing up. 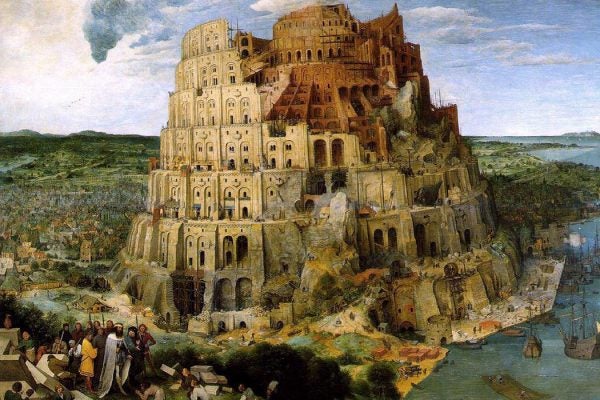 Is the syllable universal? Maybe. We look at how languages use (and don't use) syllables, and what this says about language itself.