Is the syllable universal? Maybe. We look at how languages use (and don’t use) syllables, and what this says about language itself. 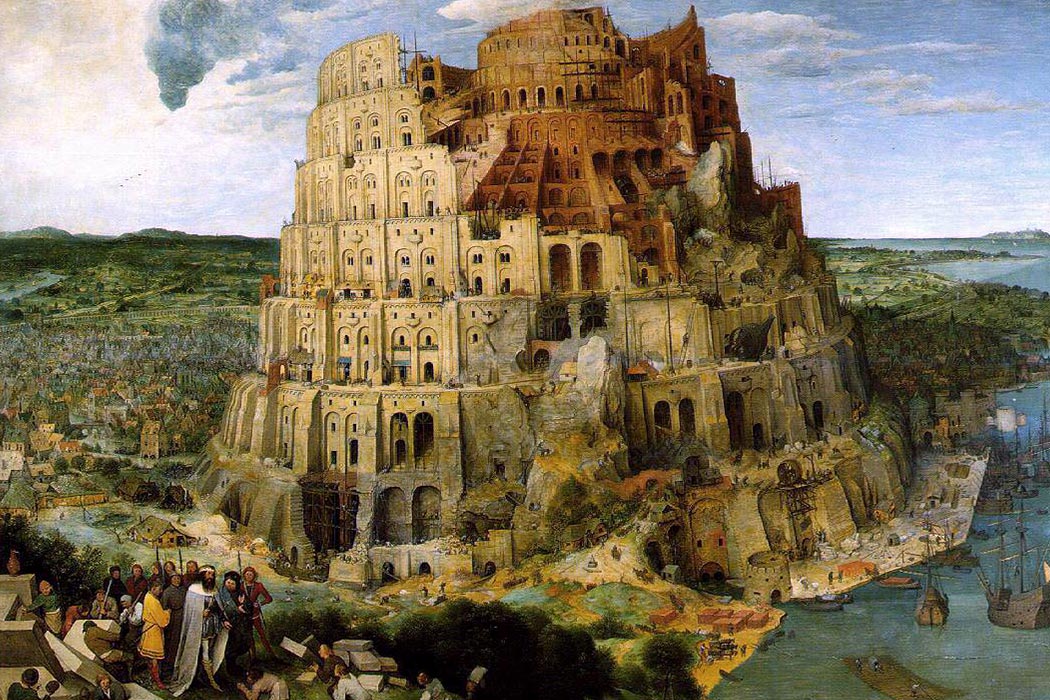 Languages can be profoundly weird. Well, depending on your point of view. The majority of us grow up speaking languages with millions of speakers who reinforce our inherited linguistic understanding of what is conventional and normal, but it’s often the outlier languages, the ones that seem so different from our own, that can tell us a thing or two about the boundaries of human linguistic diversity—what human language can and can never be.

The whistled ‘bird’ language of Kuşköy in Northern Turkey is a good example of this—a seemingly rare and unconventional form of communication that tells us a great deal about underlying language structures. It may seem weird to many of us (especially to those of us who can’t whistle) but surprisingly, it isn’t the only one; whistled languages are indeed a thing in many remote areas of the world, where communication across great distances was necessary or useful. A more common example might be sign language, where no sounds are used. It, too, might seem a bit odd to speakers who are used to sound as the vehicle of communication, but sign languages are in fact real languages and can pass the same linguistic tests that spoken languages can. Even the explosion in the use of emojis in online communication has led people to wonder if emojis form their own language (spoiler: sorry, not really).

Many of the linguistic conventions we think define a language are challenged when contrasted with some world languages that operate under different conditions. Even within the smaller linguistic structures, there may be unexpected quirks.

For example, what’s a typical syllable?

Well that’s easy. ‘Ma‘, “pa“, “da” are what we might think of as typical units of pronunciation (or my personal favourite: meh). Indeed those are the types of simple syllables we might first encounter as babbling babies. What seems clear is that the common or garden syllable consists of a consonant (or a cluster of consonants) followed by a vowel. Aristotle said so, after all, in his work on Poetics.

“The syllable is a meaningless vocal sound composed of a consonant and a vowel. For GR without A is not a syllable, but with the A, as GRA, it is.”

So in an Aristotelian world, vowel sounds are intrinsic to syllables. At first glance, not many would dispute this. And yet, the language Tashlhiyt Berber’s rebellious response? Pfft! Why just use vowels when you have so many great consonants to choose from?

While we may think vowels are fairly easy to produce and recognize, not all languages support them in the same way
.

Tashlhiyt Berber, apart from having a totally amazigh name, is a dialect of Berber spoken in the Imdlawn valley in southwest Morocco, famously described by linguists François Dell and Mohamed Elmedlaoui as having particularly weird syllables. One of its claims to linguistic oddness is its love of consonants, having an unusually high consonant to vowel ratio. While we may think vowels are fairly easy to produce and recognize, not all languages support them in the same way. The majority of the world’s languages have five or more distinctive sounds in their vowel inventories. German has fourteen, which is quite a lot. Certain dialects of English make use of about thirteen vowels. And Tashlhiyt Berber’s vowel inventory? A paltry three.

With such a low vowel count, it’s not unusual for Tashlhiyt speakers to use consonants surrounded by, you guessed it, other consonants. [fk] (‘give’) is a perfectly good Tashlhiyt syllable for instance, and [tsskʃftstt] (‘you dried it [FEM]’) contains four—yes, four—vowel-less syllables in a row.

Here’s what vowelless syllables sound like in the wild, produced by native speaker Mohamed Elmedlaoui, in ‘ssrksxt‘ (I hid him):

Now this fact about Tashlhiyt Berber is pretty weird, so much so that after Dell and Elmedlaoui’s 1985 paper came out, there were a number of attempts to prove that actually there must be neutral vowels (such as the schwa [ə]) that are added epenthetically by speakers between some of the consonants to make up more palatable conventional syllables. A recent 2008 study by Rachid Ridouane using “acoustic, fibrescopic and photoelectroglottographic” (try saying that five times fast, but in Tashlhiyt) evidence upholds Dell and Elmedlaoui’s original claims: these types of syllables, astonishingly, really do not contain any vowels, epenthetic or otherwise. If this is true, on the face of it, this seems pretty strange.

But Tashlhiyt Berber is not an isolated case. If one language employs a certain kind of linguistic oddity, there are often other, unrelated languages in other parts of the world that do the same, suggesting that such oddities can be reproduced independently, which further enriches our understanding of human language diversity. A language with an even cooler name is Bella Coola, a Salish language from British Columbia, which also enjoys producing vowel-less syllables, as discussed in Bruce Bagemihl’s 1991 paper. Bella Coola has been viewed as so inexplicably weird that “it has been claimed [..] that Bella Coola has no syllables whatsoever,” perhaps because it simply boggles the mind to conceive of a syllable that contains no vowels, though the idea of a word formed with no syllables at all is pretty strange in itself.

What’s fascinating is that languages like Tashlhiyt Berber and Bella Coola show that there is in fact a logic to how syllables can be produced when a language doesn’t have access to a vowel. Given two consonants, it’s always the one that’s most vowel-like (a feature referred to as sonority) that becomes the substantive part of the syllable, also known as the syllable peak or nucleus. That is, if you have a /t/ and an /n/ sound together, the /n/ would probably make a much better syllable peak compared to the /t/. An /s/ would work better than a /p/ and so forth. This is a linguistic universal that all languages follow, established by evidence from languages such as Tashlhiyt Berber, Bella Coola, and others.

Even when you supposedly have a perfectly good vowel available, /n/ sometimes takes over as a syllable. It partly explains why in some English dialects, we say words such as ‘hidden‘ like ‘hid-n‘ [hɪdṇ]. “Oh no, we didn’t (‘did-n‘ [dɪdṇ]),” as the saying goes, but the fact is “oh yes, we do” use syllabic consonants quite frequently without realizing it. It’s more common than you might think. There are even some words that some might argue can be pronounced with all consonants, such as the word ‘mirror‘ [mɹ̩ɹ̩] in Irish English (and by speakers with a full mouth of food). However, in English it’s usually just the n, m, l, r sounds—almost vowels themselves when measured acoustically—that are able to work like this. Conversely, Tashlhiyt Berber and Bella Coola are able to turn otherwise hard and fast consonants like p, t, k into syllable peaks with ease. Yes, tʃtft (‘you crushed’) it*, Tashlhiyt!

It may be hard at first to understand why languages like Tashlhiyt Berber and Bella Coola buck common linguistic conventions, but when you think about it…psst, actually sometimes English does it, too (even if it’s on a smaller, more paralinguistic scale). The languages that seem so weird and alien to us at first can often cast a light on our own language, ultimately helping us further understand how human language really works. 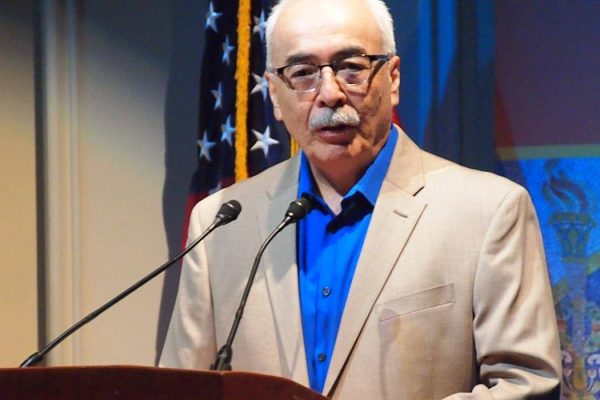 The History of the Poet Laureate

Juan Felipe Herrera is the new U.S. Poet Laureate. It is a position that has had a long life, dating back to the Greeks.