The controversial politician William Gannaway Brownlow shepherded Tennessee’s re-admission to the Union. It was the first state of the Confederacy to do so. 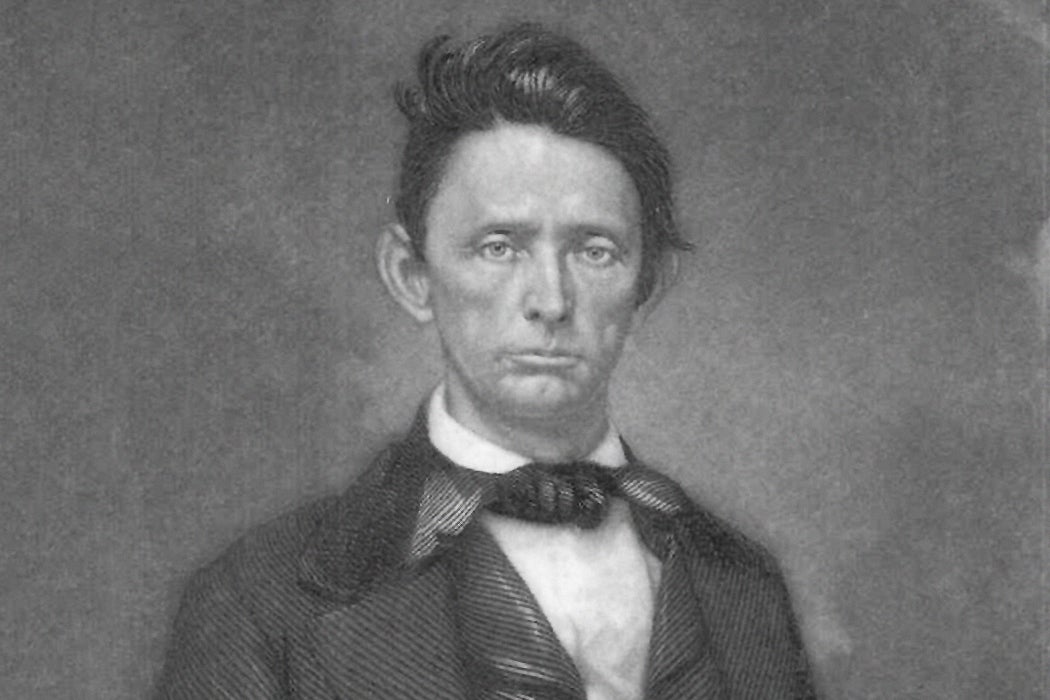 In the rough and ready antebellum period of American politics, words, mud, fists, and even bullets flew. The most contentious battles were over the course of American democracy and the question of slavery and its expansion. And one of the most unusual political figures was Tennessee governor William Gannaway Brownlow, “the Fighting Parson.” How did he become one of the most divisive figures in Tennessee history?

William Gannaway Brownlow’s advice on how to deal with an opponent: “Lather him with aqua fortis [nitric acid] and shave him with a handsaw.”

Historian Steve Humphrey’s biography of Brownlow portrays a man who was never neutral on an issue. In the fevered run-up to the Civil War, Brownlow supported slavery but opposed secession. During the war he supported emancipation. After the war he was Reconstruction governor of Tennessee and attempted to extend civil rights to black Americans, but proved ineffectual in combatting the rise of the Ku Klux Klan.

Brownlow began his career as a carpenter, and following a conversion experience became a Methodist minister. The paucity of settlements on the Appalachian frontier led him to proselytizing on horseback. Brownlow rode and preached hard, going after those he thought insufficiently pure. Brownlow’s advice on how to deal with an opponent: “Lather him with aqua fortis [nitric acid] and shave him with a handsaw.”

“The Fighting Parson” was sued for libel more than once. And that was before he became a newspaper editor. After he fired up The Tennessee Whig in 1839 in Elizabethton, Tennessee, the assassination attempts began. The motto of the Whig was “Unawed by power, unbribed by gain, the people shall be heard and their rights vindicated.” The editor’s preliminary address to readers warned of the threat of “national despotism” presented by Andrew Jackson‘s successor Martin Van Buren.

Brownlow became a prominent figure in the Whig party, which had coalesced in 1834 to oppose Jackson. They took their name from the Whigs (or patriots) of the American Revolution, who in turn took their name from British Whigs who favored reform of colonial policies. The new party brought together members of the older National Republican and Anti-Masonic parties. It was middle-class, entrepreneurial, and modernizing, but strongly against the mass democracy of Jackson’s Democrats. A Protestant component of the Whigs also condemned Jackson’s Indian policies. In 1845, Brownlow ran for Congress, only to be defeated by Andrew Johnson.

The combative Brownlow campaigned fiercely against secession because it threatened the Union and the Constitution. He argued that slavery could survive within the Union. Of course, Tennessee did secede in June of 1861, and Confederate troops occupied the eastern part of the state and arrested leading Unionists. Brownlow managed to keep his paper going until October, defending those arrested. Then he went into hiding, was arrested for treason, released, and went into exile in the North.

In the North, Brownlow lectured and excoriated the Confederacy, finally coming around to an anti-slavery position. When Union troops occupied Tennessee in September of 1863, Brownlow followed and started a new paper, The Knoxville Whig and Rebel Ventilator, as fiery as ever.

As President Lincoln’s successor, President Andrew Johnson backtracked on Reconstruction. Browlow’s enmity for his old political foe was reawakened, and, an ally of the Radical Republicans, he supported Johnson’s impeachment. He also shepherded Tennessee’s re-admission to the Union, the first state of the former Confederacy to do so. Otherwise he doesn’t have such high marks as a politician amongst historians. Humphrey calls Brownlow’s enfranchisement of former slaves “born of political expediency rather than from noble motivation.”

Never not controversial, he died in 1877. Some cursed his name in Tennessee for years afterwards. One who remembered Brownlow more fondly was Adolph S. Ochs, who liked him as a person but wrote that he “was a harsh man; a reliable hater; not particular to be politically consistent.”

Editors’ Note: This article originally stated that Union troops occupied Tennessee in September of 1883, when it was actually 1863.