Will Reanimating Dead Brains Inspire the Next Frankenstein? 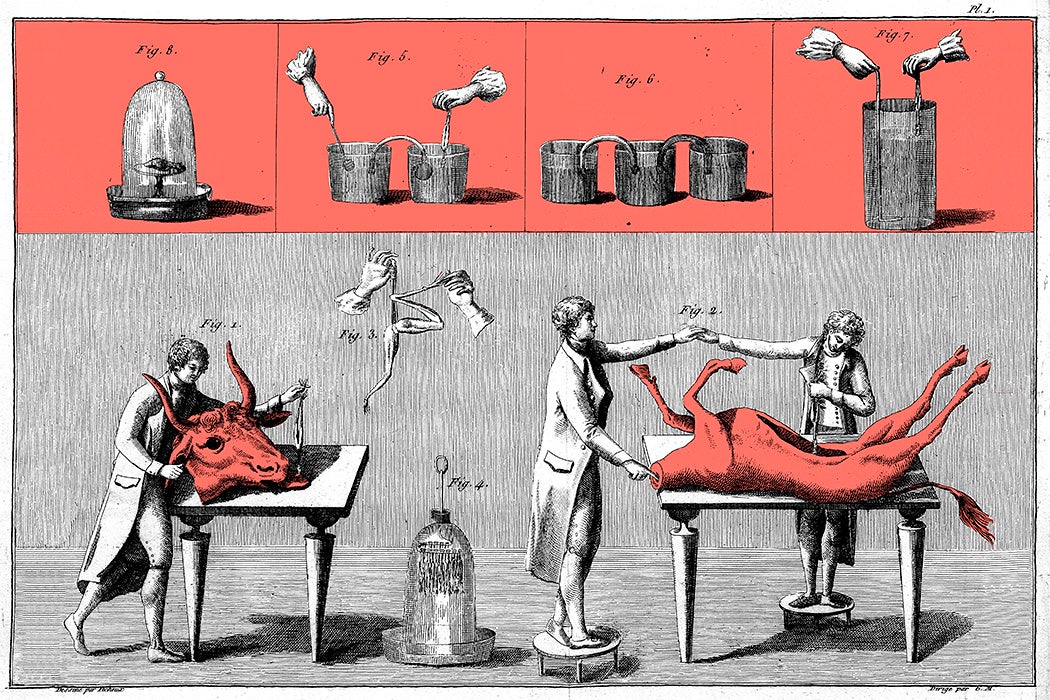 In a paper published in the journal Nature in April 2019, Yale neuroscientist Nenad Sestan and colleagues reported that they had taken the brains of pigs slaughtered at a meatpacking plant and, by perfusing them with a solution that included nutrients, oxygen, hemoglobin, and other components, restored some cellular activities. The researchers also observed firing of neurons in brain slices taken from the hippocampus of the perfused brains. They did not, however, observe the sort of whole-brain electrical activity associated with consciousness, nor did they hope to.

The study suggests that the brain’s decline after death is not as rapid or as irreversible as scientists had thought. And, as some journalists have suggested, the success of Sestan’s experiments puts medical science on a path toward trying to restore the activity of human brains after death. This might be the case whether Sestan and colleagues, who have told journalists they do not currently have plans to translate the approach to humans, like it or not.

“Aldini’s experimental theater was the birthplace of the Frankenstein motif, an image that would ultimately come to represent science as a runaway force.”
Shannon Conley

Scientists throughout history have been less than scrupulous in their efforts to restore life to dead bodies. For example, around 1800, the Italian physicist Giovanni Aldini performed a series of experiments in which he electrically “stimulated the heads and trunks of cows, horses, sheep and dogs.” This is according to a 2002 article in Leonardo Music Journal by Arthur Elsenaar and Remko Sch a about electric performance art, or “the theatrical display of electrically manipulated human bodies.” Elsenaar and Scha consider Aldini’s work to be an early part of that history. Indeed, early experiments of this kind were not just science; they were performances, or spectacles.

“The jaws open, the teeth chatter, the eyes roll in their sockets; and if reason did not stop the fired imagination, one would almost believe that the animal is suffering and alive again,” writes an eyewitness quoted in an 1804 book of Aldini’s. Aldini did further experiments on decapitated arms and legs from a local hospital. He also “took his show on the road and gave very successful demonstrations in London with the body of a recently hanged criminal,” the authors write. When Aldini directed current between the corpse’s mouth and ear, its mouth convulsed, and the left eye opened. When he applied electricity to the rectum, “such violent muscular contractions were excited, as almost to give the appearance of re-animation,” Aldini wrote.

This field, which involved electrically stimulating animals’ muscles, was called galvanism. It was so named after Aldini’s uncle, Luigi Galvani, who made frogs’ legs twitch by running electricity from the spinal cord to the muscle via metal rods. Galvanic experiments, and particularly Aldini’s, may well remind Mary Shelley‘s fans of Frankenstein. “Aldini’s experimental theater was the birthplace of the Frankenstein motif, an image that would ultimately come to represent science as a runaway force, as innovation out of control,” writes Shannon Conley in an article examining Frankenstein and its original scientific context as well as how it relates to the assisted reproductive technologies of today.

Mary Shelley was five years old in 1803 when Aldini electrified the corpse of the hanged criminal George Forster. But according to Conley, Shelley heard about Aldini’s work from her friend, the chemist Sir Humphry Davy. “As Aldini’s deceased human bodies moved and decapitated kittens ‘bounded about,'” Conley writes, referring to an experiment in which a headless kitten’s spinal cord was replaced with a zinc-and-silver battery, “it appeared in Shelley’s lifetime that reanimation would be a real possibility in the near future.” (Side note: Shelley’s husband Percy “. . . dabbled with galvanism; it has been said that he even tried to cure his sister’s sores with electricity. Although she survived, the family cat was not so lucky and was electrocuted.”)

It does seem that Aldini wanted to raise the dead. “To conduct an energetic fluid to the general seat of all impressions . . . to continue, revive, and, if I may be allowed the expression, to command the vital powers — such are the objects of my research,” Aldini wrote. But his goal was not to create zombies; he wanted to bring people back from the brink of death, as Alan Rauch describes in an essay considering Frankenstein’s monster to be a representation of knowledge, and its dangers.

Ironically, though Sestan does not want to bring back life to the specimens he’s studying, he may have come somewhat closer to it than Aldini did two centuries ago. Time will tell what science, and science fiction, his work will inspire.

Electric Body Manipulation as Performance Art: A Historical Perspective
By: Arthur Elsenaar and Remko Scha
Leonardo Music Journal, Vol. 12, Pleasure (2002), pp. 17-28
The MIT Press
An Age of Frankenstein: Monstrous Motifs, Imaginative Capacities, and Assisted Reproductive Technologies
By: Shannon N. Conley
Science Fiction Studies, Vol. 45, No. 2, Frankenstein (July 2018), pp. 244-259
SF-TH Inc
MEDICINE IN THE ARTS: Karl August Weinhold and His "Science" in the Era of Mary Shelley's Frankenstein: Experiments on Electricity and the Restoration of Life
By: STANLEY FINGER and MARK B. LAW
Journal of the History of Medicine and Allied Sciences, Vol. 53, No. 2 (APRIL 1998), pp. 161-180
Oxford University Press
Worlds of Wonder: Sensation and the Victorian Scientific Performance
By: Iwan Rhys Morus
Isis, Vol. 101, No. 4 (December 2010), pp. 806-816
The University of Chicago Press on behalf of The History of Science Society
The Monstrous Body of Knowledge in Mary Shelley's "Frankenstein"
By: Alan Rauch
Studies in Romanticism, Vol. 34, No. 2 (Summer, 1995), pp. 227-253
Boston University 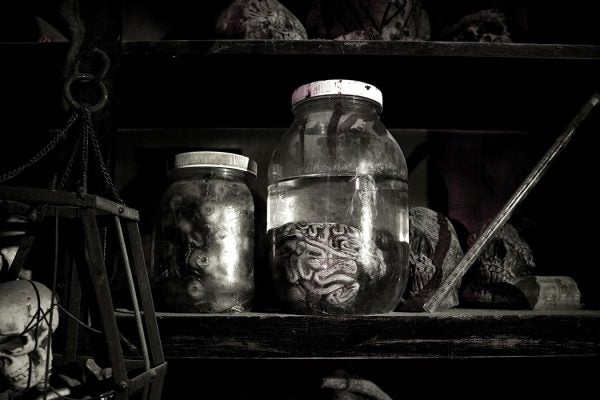