What’s the fate of “masculinity” in a world where it’s hard for many men to achieve personal success? It’s a question we asked in the 1930s, too. 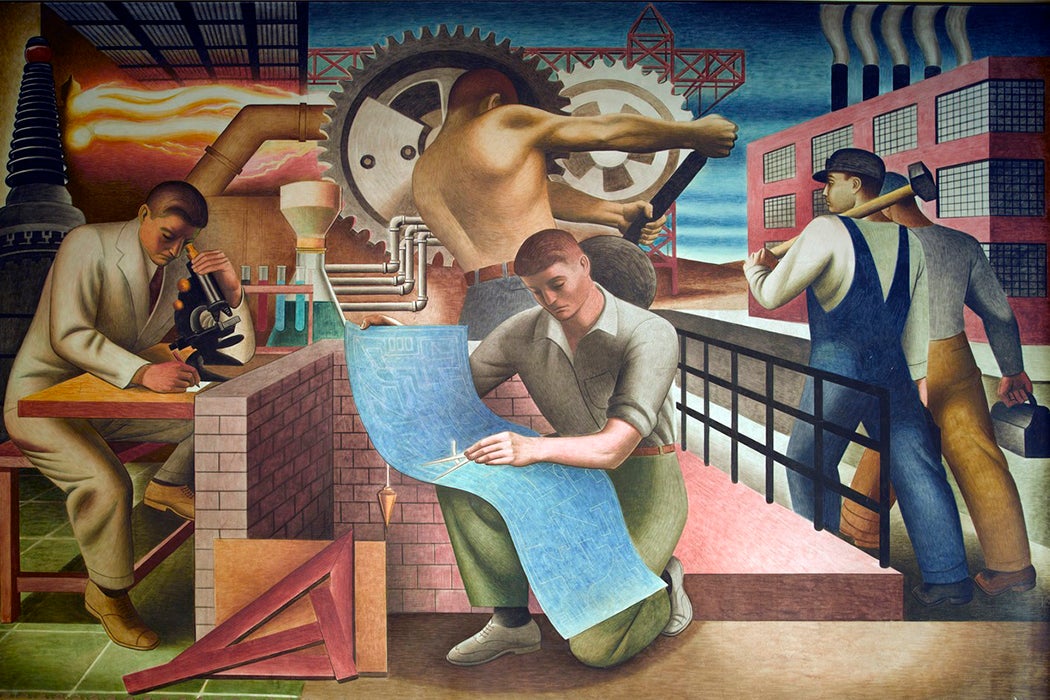 As many traditional forms of manual labor disappear, a lot of commentators worry about the fate of masculinity in a world where it’s hard for many men to achieve independence and personal success.

That was also true during the Great Depression, but, as Philip Abbott explained in a 2006 paper, in some ways the 1930s created a strong, new concept of masculinity.

When huge numbers of men lost their jobs in the early ‘30s, many observers feared they were becoming feminized. Some described jobless men as “high strung” and as breaking down in tears talking with case workers. Anthropologist Margaret Mead questioned the effects on boys of a generation of fathers without an “inheritance of aggression.”

Even Franklin D. Roosevelt worried about the potential “narcotic” effects of letting men live on the dole. He sold the New Deal’s public works programs as a way to provide the unemployed with a sense of “usefulness.” Abbott writes that this was quite successful. Men took pride in planting trees and building new things, like the Children’s Zoo in Central Park.

But the kind of masculinity Roosevelt celebrated was thoroughly distinct from the kind celebrated in previous decades. He spoke of hyper-masculine “financial Titans” in withering terms, as “always ruthless, often wasteful, and frequently corrupt.”

New Deal masculinity took particular pride in collective work. In murals painted by publicly-funded artists, Abbott writes, “it is the communal and creative nature of the enterprises of lettuce-picking, paper-making, threshing, and building that the artists attempt to capture.”

Even government bureaucrats—who, in almost every other historical era, have been depicted as the precise opposite of rugged masculinity—became FDR’s “spirited bureaucratic sons,” heroically striving to put the country back to work.

Parallel to the transformation of masculinity in the political mainstream, Abbott writes, things were also changing among leftists. Floyd Dell, a radical writer who was part of the bohemian Greenwich Village scene in the 1920s, called for his comrades to transform from sex-obsessed “boy-men” to disciplined activists with “rigorous concepts of duty.”

In the 1940s, the popular understanding of masculinity transformed again as the nation’s men went to war. In the years that followed it continued to evolve, and by the 1980s, we were once again celebrating “financial titans.”

Today, as the entire concept of the gender binary comes under increasing scrutiny, the history of the New Deal reminds us how flexible gender ideology can be when it comes to the way we think about individualism and collective work.

“Discipline can be contrasted with promiscuity and lack of will… But discipline as a male attribute can be recast as pliancy or passivity and alleged to be a feminine quality,” Abbott writes. “One of the lessons that can be learned from analysis of the 1930s is that masculinity not only includes many formulations but also that gender definition is capable of undergoing almost endless variations.”

Titans/Planners, Bohemians/Revolutionaries: Male Empowerment in the 1930s
By: Philip Abbott
Journal of American Studies, Vol. 40, No. 3 (Dec., 2006), pp. 463-485
Cambridge University Press on behalf of the British Association for American Studies 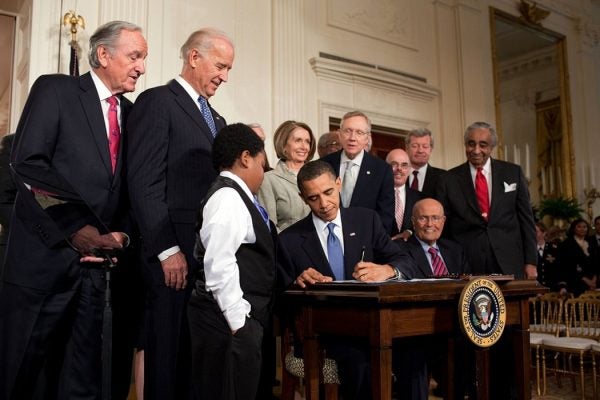