The feared gang MS-13 was born out of conditions resulting from U.S. policies in El Salvador in the early 1980s. 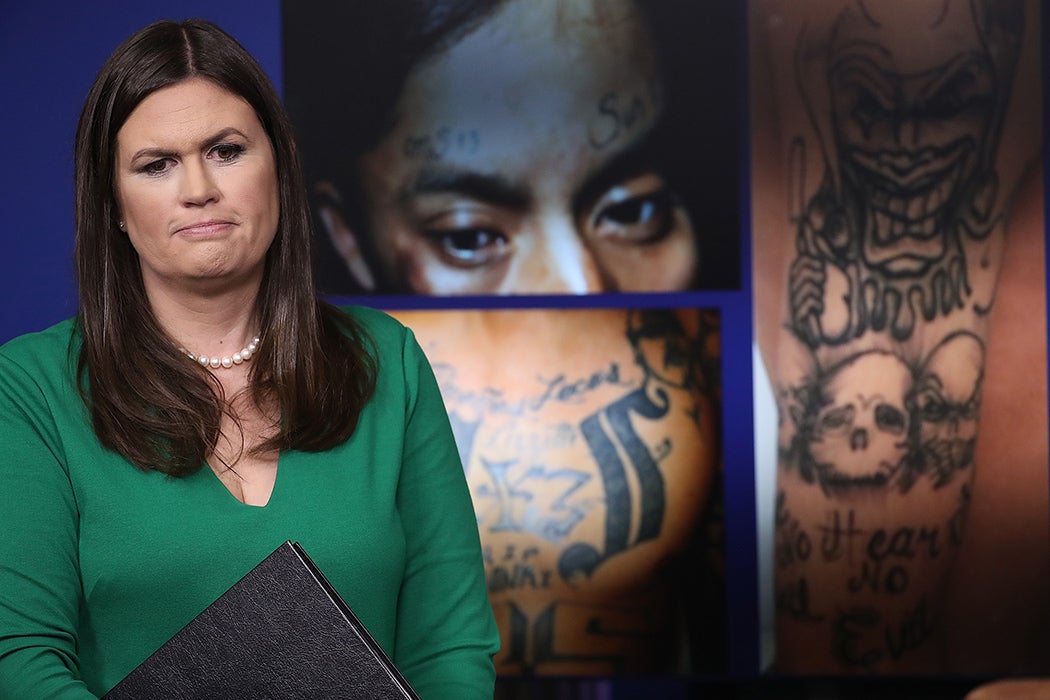 MS-13, or Mara Salvatrucha, has become a center point of right-wing anti-immigrant campaigns in the U.S. The heavy tattoos of many of its members and incidents of brutal violence—often using knives rather than guns—make it a particularly terrifying threat. But Sonja Wolf, an international political science researcher studying Latin America, writes that media and law-enforcement depictions of MS-13 as a highly organized international crime organization are largely inaccurate and miss much of the real story behind the gang.

Since the early 1800s, Wolf writes, most U.S. street gangs have emerged from low-income ethnic minority neighborhoods, offering a form of opportunity for young people who faced barriers to education and employment.

In the case of MS-13, the specific conditions were largely the result of U.S. policies. When the U.S.-backed Salvadoran military applied brutal tactics to defeat revolutionaries in the early 1980s, many Salvadorans fled north. Reagan-era domestic policies denied them asylum, so most ended up living clandestinely, in crowded conditions and with few job opportunities. One such neighborhood in Los Angeles was where Mara Salvatrucha was formed by young Salvadoran immigrants.

Gangs tend to emerge in new cities as a result of local factors like high unemployment.

After the end of the Salvadoran civil war in 1992, U.S. authorities aggressively targeted noncitizen gang members for repatriation. That meant a flood of socially destabilized young people with criminal experience crowded into Central American communities. In the years that followed, gang activity grew in El Salvador, Honduras, and other parts of Latin America. Eventually, those countries adopted their own aggressive anti-gang measures, including area sweeps, mass detentions, and the arrest of suspected gang members based on physical appearance.

Some members of the increasingly organized and violent Central American gangs migrated to the United States. By the time Wolf was writing her 2012 article, MS-13 had spread into forty-two U.S. states. She estimated the organization’s total membership at 50,000, including nearly 10,000 in the U.S.

Wolf notes that the narrative presented by many law enforcement officials—MS-13 as a single entity establishing new outposts for recruitment and drug sales—isn’t really accurate. Gangs tend to emerge in new cities as a result of local factors like high unemployment, and ties among various local groups are mainly informal, through friends or relatives rather than a formal hierarchy. In some cases, local groups may simply adopt the MS-13 name based on depictions in the media.

According to this political science expert, then, MS-13 is far from an invasive foreign force. It’s a U.S.-born phenomenon formed and maintained partly due to the economic exclusion and deportation of Latin American immigrants.

Mara Salvatrucha: The Most Dangerous Street Gang in the Americas?
By: Sonja Wolf
Latin American Politics and Society, Vol. 54, No. 1 (Spring 2012), pp. 65-99
Distributed by Cambridge University Press on behalf of the Center for Latin American Studies at the University of Miami 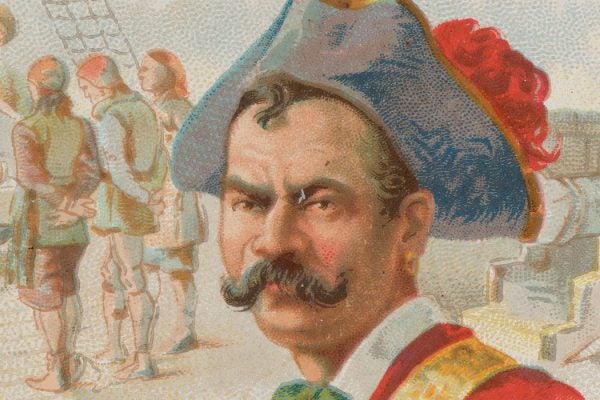