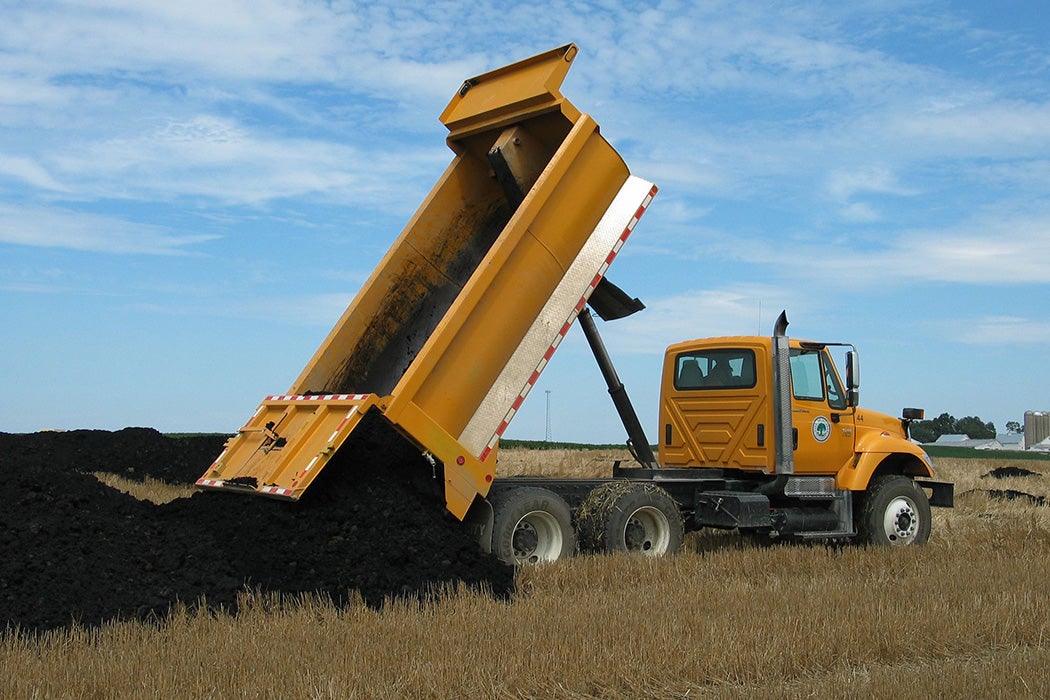 The precepts of circular economy—reusing water, using biodegradable plastic, composting food leftovers so they can be returned to the soil rather than become landfill—are among the hottest ideas of our century.  But what about recycling what our food becomes after we eat it? Yes, that means excrement, a critical substance in the thoroughly functioning circular economy, seems to be left out of the equation.

When you next go grocery shopping, check where your food comes from. Most hails from the bread baskets of our planet, often places with warmer weather. As that food grew, it extracted nutrients from the land. But, as we consume it, we don’t return these nutrients back to the earth that fed us. That’s a problem. When we grow our food in location A, but eat and excrete it in location B, we create what scientists call “the metabolic rift.” Even Karl Marx warned us about this problem. The prominent 19th century philosopher and economist, who most famously focused on critique of politics and political economy, also understood the issues of soil fertility, organic recycling, and sustainability.

Marx lamented that farmlands were depleted but didn’t pin down where consumed but undigested nutrients end up. Today, we know exactly what happens to them. As we eat, we take the nutrients, such as nitrogen, phosphorus, and potassium, out of farmlands and deposit them, by way of wastewater effluent, someplace else—usually in a nearby body of water. Our industrial treatment systems separate the so-called biosolids out of the sewage stream, purify the water, and release it back to nature, but they rarely extract these essential nutrients in the process. Instead of fertilizing the fields then, the nutrients fertilize the waterways—and wreak havoc in them.

The nutrients overfertilize the water, causing what scientists call eutrophication or nitrogen overloading, which fuels toxic algae blooms, destroys coastal marshes, kills mangrove forests, and smothers corals. What happens with the remaining biosolids—a euphemism for the malodorous, pathogen-infested black muck—is equally ugly. Sometimes it’s burned, releasing carbon dioxide in the atmosphere and contributing to greenhouse gas emissions. Sometimes it’s dried and landfilled together with trash, where it rots, and, as with burning, similarly ramps up greenhouse gasses. 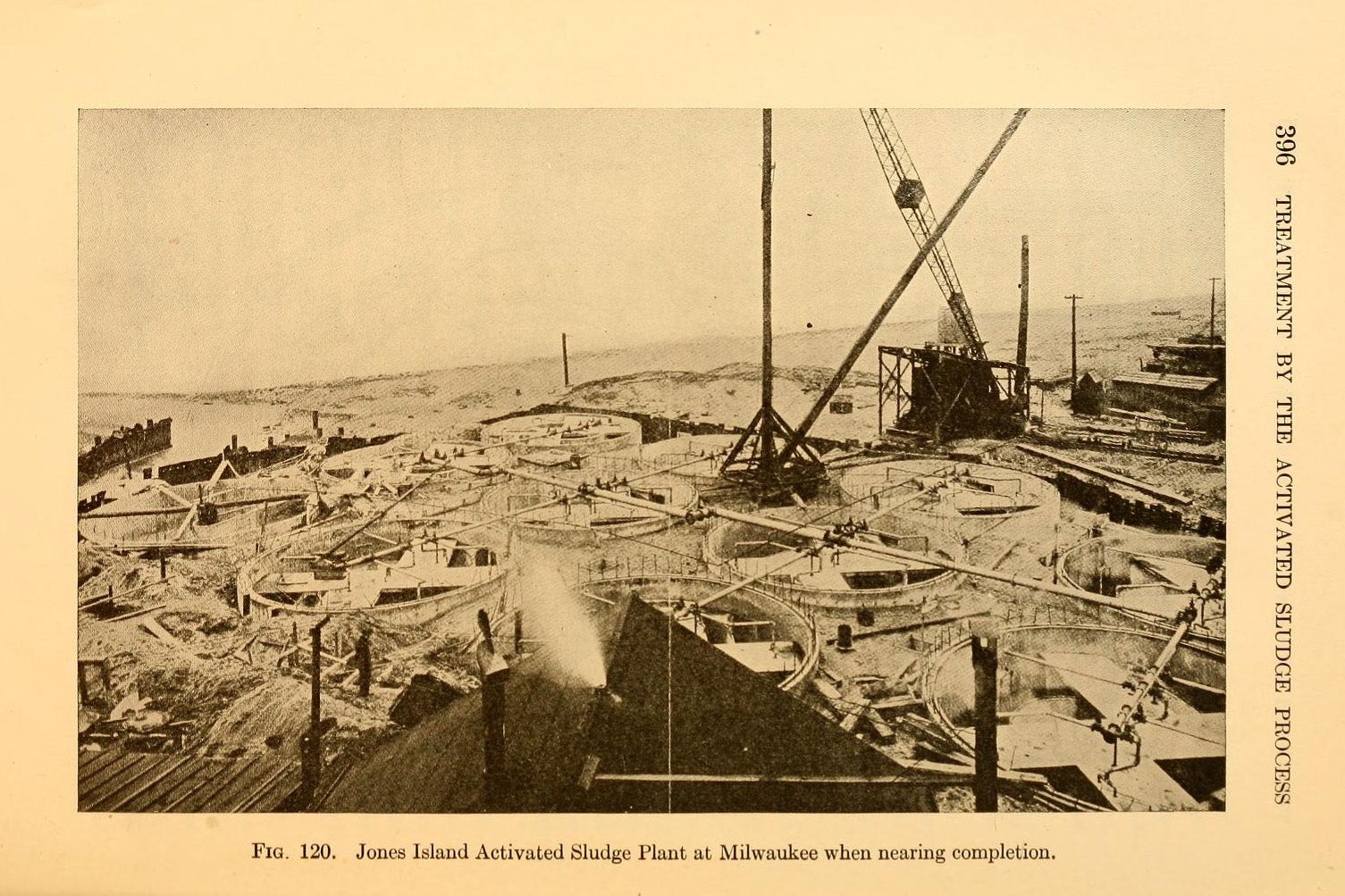 Meanwhile, although unsightly and smelly, biosolids are full of the same essential nutrients—nitrogen, phosphorus, and potassium—on which plants thrive. They are also full of undigested organic matter, so when processed properly to kill pathogens, biosolids make for rich compost. Applying biosolids to land has a slew of agricultural benefits, as a recent study demonstrated when it was applied to barren and sandy soils. Doing so perpetuates circular agriculture: we take food from the earth and we replenish its nutrients with our metabolic output.

Why then do municipalities burn or landfill such assets? Part of it is expense; converting biosolids to fertilizer that’s safe to put on the fields is costly. It requires specialized equipment that many wastewater plants lack. But there are societal reasons, too. For about 200 years we had been conditioned to think of sewage as an ultimate waste, epitomizing disease and as such it must be destroyed through burning or stashed as far away from us as possible in landfill. Taxpayers are willing to pay for clean water, but not processing sewage, which they misperceive as the ultimate waste substance.

We must figure out how to return our sludge back to land.

With that broken cycle, farmlands grow barren, while rivers and oceans are choked by the overabundance of nitrogen and other nutrients that remain, unextracted, in the effluent. We compensate by replenishing farmlands with chemicals such as synthetic nitrogen—made with fossil fuels and  extremely polluting to produce—thus perpetuating this vicious cycle. There are currently 8 billion people on this planet who need food to survive. This problem will only worsen if we don’t change how we handle our sewage. We must figure out how to return our sludge back to land.

The good news is that the necessary tools already exist to do so. Even better, there are technologies that turn human waste into humanure. Some are old and others new, some cook it, and others whip it like a milkshake—but each has a story to tell.

Milorganite: Human-Made in Milwaukee Since 1925

In 1914, the Milwaukee Sewerage Commission began to experiment with a new approach for wastewater treatment. Developed in Europe and called the activated sludge method, it employed microorganisms that normally break down fecal matter in nature to do just that—eat through it to decompose it. The Jones Island Sewage Plant went into production in 1925—the first and largest in the nation to tap into nature’s power to clean wastewater. But while these bacteria decomposed excrement, the gooey and gunky end product left behind still needed to be dealt with. Agronomist Oyvind Juul Noer realized that the muck contained high levels of nitrogen, phosphor us, and potassium or NPK—the key fertilizers plants need to grow. Compared to manure and chemical fertilizer, this microbe-processed sludge produced superior growth results. Milwaukee sewage authorities figured out how to dry and process the muck into pellets and began churning out this human-made fertilizer.

Called Milorganite, after Milwaukee Organic Nitrogen, it was first sold for commercial use in 1926. The Sewage Works Journal wrote that it “was very uniform in character and strength.” In 1952, Milorganite was sold throughout the United States as well as in Canada and Mexico. Moreover, Milorganite was a rich source of vitamin B12, which was in such high demand at the time that some independent laboratories experimented with extracting it from Milorganite, and even considered setting up large-scale production facilities to do so. In 1962, it was touted at the model facility producing “genuine Milorganite,” the “’granddaddy’ of large activated plants in the United States,” and worthy of “an inspection trip.”

As Milwaukee’s population grew, so did its sludge output—and the plant, too. In 1994 it moved into a new, bigger building, and continues to chug along today, following the same complex and lengthy process, in which the sludge is dried, heated, cooled, and mixed with various compounds. Among the largest such recycling programs in the world, Milorganite has generated well over 9 billion pounds of “humanure,” enough to wrap around the earth 3.8 times and fertilize 78 million lawns.

The original Cambi system had nothing to do with sewage or sanitation. Originating in Norway, it was built to break down byproducts of the paper industry. It derives its name from cambium,  a part of the tree that promotes the growth of cellular mass, a layer of cells that keep dividing and giving rise to other tissues.

When paper industries process plant material, they generate thick cellulose waste that’s hard to break down. To decompose it, Norwegian scientists and engineers cooked leftovers under high temperature and pressure, in a method they named the Cambi Thermal Hydrolysis Process, or CambiTHP.  Soon, it became clear that the process had other useful applications—such as cooking up sludge, and in the 1990s, the first Cambi system went into production in Norway.

The UK sewage companies became interested in Cambi around the 1990s after the imposition of new, more stringent environmental regulations governing sewage disposal. Thames Water was the first company to install Cambi and other utilities followed shortly after. Once cooked, the sludge is loaded up into massive holding tanks called biodigesters, where various microorganisms that feed on the biomass in nature, eat through it. The microbes achieve two things. They turn the goo into a wet, soil-like substance that farmers use as fertilizer. And they also generate biogas, which consists mostly of methane which can be used to heat the Cambi cookers or power vehicles that run on natural gas.

Today, there are 84 Cambi installations at work processing the metabolic output of 114 million people in 26 countries and six continents. They pressure-cook sewage in Santiago, Chile, and Sydney, Australia. They hum along in Anyang, South Korea and Athens, Greece. They process sludge everywhere from Singapore to Washington, DC.

In the early 2000s, Ajay Singh and Owen Ward, two scientists at the University of Waterloo in Ontario, Canada, noticed something strange about the local traffic. A number of trucks were regularly driving around the city of Waterloo with seemingly no good reason. What were the trucks carrying, Singh and Ward wanted to know. The answer was jarring: human waste. The trucks were disposing of the city’s sewage sludge.

Singh and Ward were no strangers to sludge—albeit to a different type. These scientists had worked on the leftover byproducts of oil refineries, also an unwanted substance. They decided to devise a way of converting the hot potato biosolids into something desirable and sought a cheap and easy way to break down pathogens and make the goo safe for agricultural use.

They first tried doing it with enzymes, which worked but was expensive. Then, they tried something cheaper: A kitchen blender. They mixed biosolids with caustic soda—an alkali substance that destroy bacterial cells—and whipped up a sewage smoothie. That proved economical and efficient, and the duo formed a company named Lystek to scale up the process.

They replaced the kitchen blender with a big, high-tech one with a blade so sharp it cut most pathogens into bits. They substituted caustic soda with the less expensive potassium hydroxide or lime. They heated the mix to about 158 degrees F by pumping in low-pressure steam. The resulting substance was a product with nearly undetectable pathogen levels, suitable for agricultural applications, which they called LysteMize (from optimize).

Lystek’s team added important plant nutrients, such as calcium, magnesium, and zinc, and christened their mix LysteGro. In 2013, Lystek commissioned a processing facility in Dundalk, Canada. Now its technology is used at over a dozen locations, from Canada to the United States, with a new plant under construction in the United Arab Emirates.

Historically, the biggest concern over using human waste as fertilizer were the number of pathogens it contained—an issue modern tech addresses. A newer concern is the problem of hormones, antibiotics, and PFAS—the forever chemicals originating from factories that can contaminate sewage, rendering it unfit for agriculture. But the sewage industry is already working on ways to address these. Even the most stable chemical compounds fall apart under high temperatures and pressures; called pyrolysis, one such process may be the path to their destruction. More recently, scientists at Northwestern University, found a way to break down PFAS at nearly room temperature and pressure, thanks to a chemical trick. These novel methods can pave the way to implementing sludge recycling on a wider scale. After all, if we keep wasting our waste, the earth won’t have the stamina to feed us. The way to close the metabolic rift we’ve wrought is with our metabolic output. 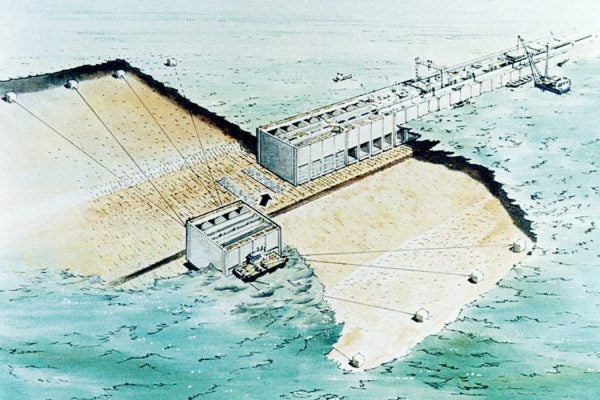 For well over a century, engineers have proposed harnessing the ocean's tides for energy. But the idea hasn't seemed to register in many places.