For well over a century, engineers have proposed harnessing the ocean’s tides for energy. But the idea hasn’t seemed to register in many places. 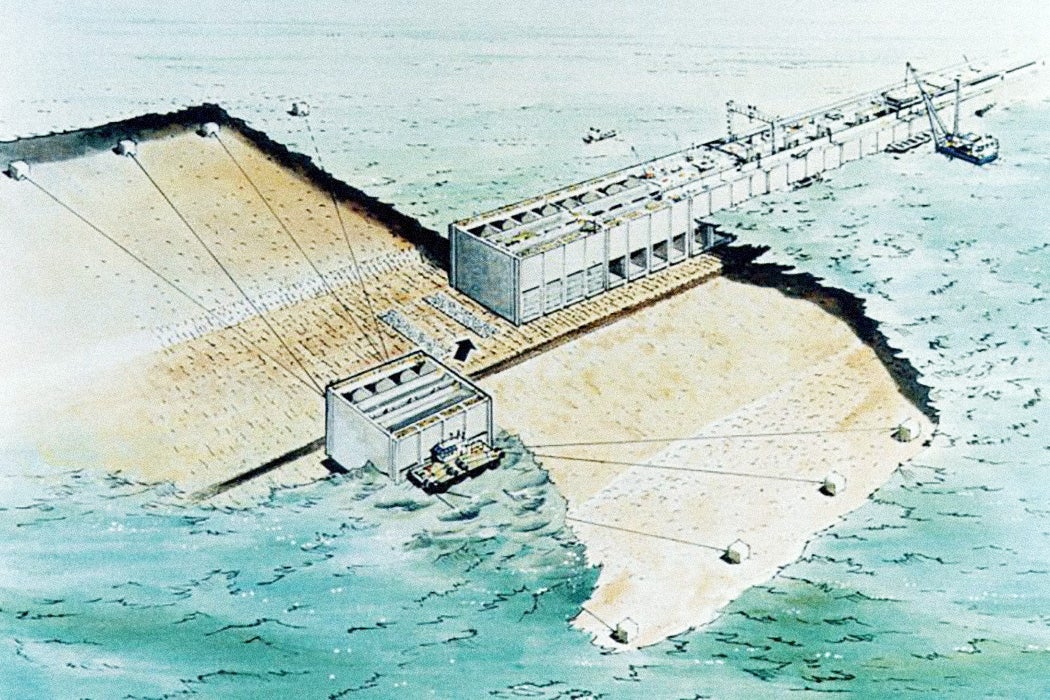 Construction method from the Severn Barrage from the English coast to the Welsh coast
via Wikimedia Commons
By: Sierra Garcia
3 minutes
Share Tweet Email Print

As the tide rises and falls, is it worth generating electricity on a large scale from its movement? It’s a question engineers have studied for one particular part of Great Britain since the 1800s—and the urgency of making carbon-free power to limit climate change could mean deciding on an answer quickly.

Most shorelines have two high and two low tides each day, a pattern that coincides with the constant tug of gravity from the moon and sun on the sea. Unlike the hydropower we make from damming rivers so the water can spin turbines as it flows downstream, tides are slow and subtle, typically raising or dropping the sea level by a foot or less each hour. And concerns over ecological disruption that surround dams on rivers should be amplified for nearshore coastal areas, which are often delicate and crucial habitats for marine and shore-based environments alike.

These drawbacks have made tidal power a puny proportion of the global renewable power we use today, despite the relative simplicity of the technology compared with solar panels. But beginning a century and a half ago, the Severn Estuary, which divides England and Wales, captured engineers’ imagination with its soaring tidal highs and lows, ranging as much as thirty to forty feet between high and low tides.

The basic design remains similar, almost simple: hold back some of the water when the tide is highest, and release it when it’s lower.

The intermingled web of channels where seawater pulsated so energetically inland was the topic of an 1882 Scientific American article suggesting the ocean’s ebb and flow could power the nascent electrical connections that were just starting to proliferate in urban areas. Engineers revisited the topic in articles published in 1921 and 1976. And in 2013, when researchers Nick Yates, Ian Walkington, Richard Burrows, and Judith Wolf concluded that the single project on the Severn would provide more than 5 percent of the United Kingdom’s entire electricity needs, relative to mid-2000s levels.

Aside from some technical details about the structures the tidal waters would pass through, the plans each engineer (or team of engineers) outlined bear an uncanny resemblance to one another across the decades, even with the monumental shifts in technology and energy needs from the era when telephones and lightbulbs were first invented to today. The basic design remains similar, almost simple: hold back some of the water when the tide is highest, and release it when it’s lower, to create a temporary stronger flow and spin turbines.

Each engineer also speculates about the future from a similar perspective, arguing that installing tidal power in the Severn may one day be necessary, even if it sounds far-fetched. The 1882 piece takes pains to “point out how extensive the use of electricity may become in the future,” and in doing so justifies imagining such a massive, costly engineering undertaking. And within the last decade, researchers wrote that without installing tidal power at the Severn, “it is difficult to foresee achievement of… the UK government’s ambitious 80 per cent CO2 reduction by 2050.” 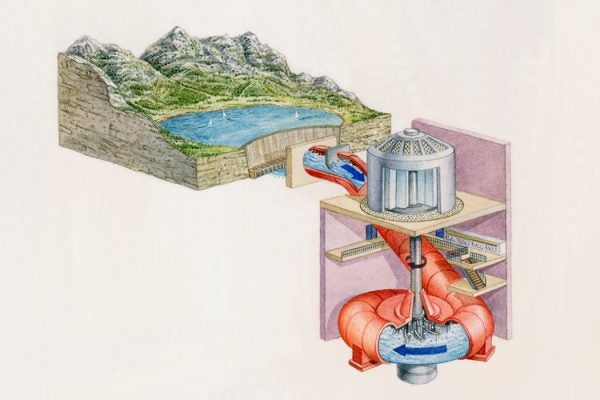