A tree’s hard outer bark helps it survive. Studying why it’s thicker on some trees than others could help scientists understand how to protect them. 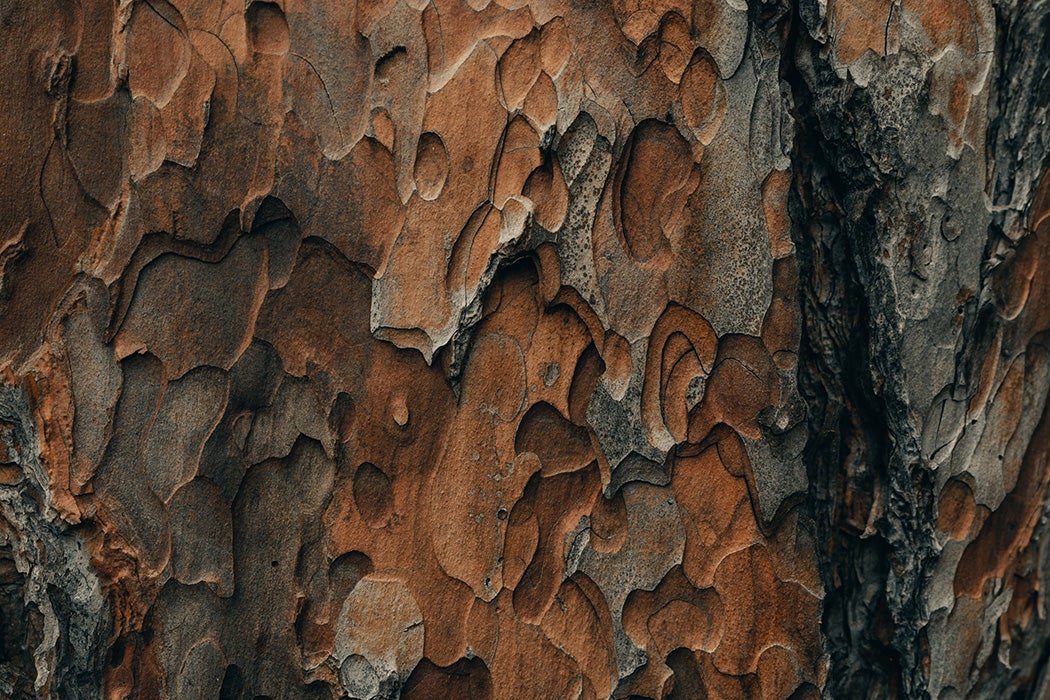 Wildland firefighters wear thick jackets and masks to protect themselves from smoke and flames. Trees have their bark to rely on.

Tree bark width varies significantly, even within the same location, and it can be under a millimeter or up to a few inches wide, depending on the species. Historically, scientists thought that thicker bark was nature’s way of allowing trees to adapt to fire. But a study conducted by researcher Julieta Rosell showed that bark thickness was due less to environmental stressors like fire and more to evolutionary pressures.

To debunk the fire theory, Rosell measured the inner and outer bark of 640 trees across 18 locations around the world. Inner bark, which is softer and made up of mostly living cells, is where the tree transports food and energy from the leaves to the rest of the tree. The outer bark, which is a harder layer, is made up of dead cells.

The trees Rosell measured were at sites with various environmental conditions and fire patterns, from the alpine zone to dry areas, from tropical forests to the desert. In some of these places, fire is a constant part of the landscape, while in others, fire rarely occurs. This allowed Rosell to compare how the presence of fire can affect tree bark thickness.

Trees of different sizes have adapted to fire in different ways.

After all the measurements were completed, one thing rang true: thick bark does provide protection, but there is more to the story.

The most significant finding from Rosell’s study was that the size of the tree was the leading factor in determining tree bark thickness, explaining much more variation than fire frequency or dry conditions. Researchers believe that selective pressures, which are anything that would favor specific traits of a species in evolution, could have led to this strong relationship between bark thickness and plant size.

Trees of different sizes have adapted to fire in different ways. For example, small trees may reseed or resprout after a fire, while larger trees rely on their bark for protection.

The study did not address many other environmental factors. As Rosell writes, “Tree bark thickness seems affected evolutionarily by plant size and the different functions of bark… Other functions not examined here, such as photosynthesis and protection from herbivory, probably also play a role in generating differences in inner and outer bark.”

Wildfires have been getting more intense across the United States and the world due to the effects of climate change and drought, as well as a legacy of man-made fire suppression. Given the pressures of wildfire on the landscape each year, more work is needed to determine how trees protect themselves against fire, and in turn how we can protect those trees.