To the Lighthouses: A Path to Nationhood

Instilling confidence among merchants and ship captains was an area in which most agreed the new federal authority could and should act. 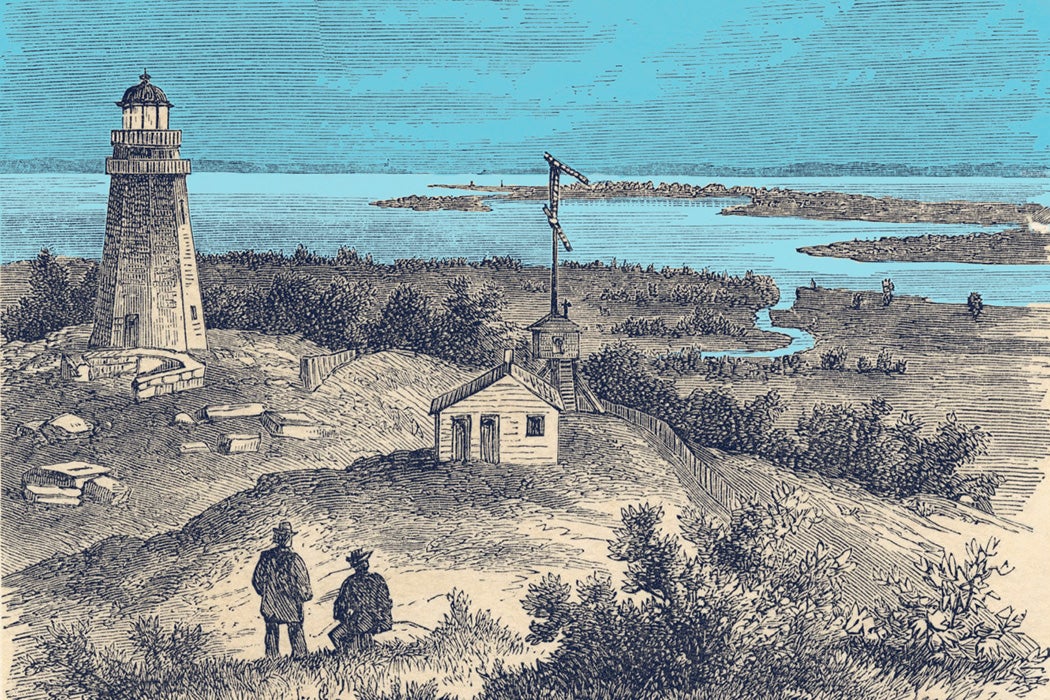 One of the first things the new United States did in 1789 was to take on the operation of existing lighthouses and the building of new ones. Coastal beacons—some in then-remote locations—would become tangible symbols of the new American government, markers of nationhood in both literal and metaphoric senses.

“As prominent manifestations of the state, lighthouses needed to be unambiguous representations of its capacity and competence, its credulity and stability—as well as a promise of its longevity,” he explains.

What Miller calls the “rough sketch” of the US Constitution was designed to be vague precisely to attract ratification by the disparate states. This meant the power and authority of the federal government had to be worked out. Though “the specific goal of American state-building was ill-defined,” lighthouses seemed to fall within the purview of commerce and trade. Instilling confidence among merchants and ship captains—not to mention foreign governments—was an area in which most agreed the federal authority could and should act.

The octagonal stone tower at Sandy Hook, New Jersey served as the design prototype for American lighthouses “well into the nineteenth century.”

A dozen existing colonial-era lighthouses, from Portsmouth, New Hampshire, to Tybee Island, Georgia, were federalized in 1789 via “An Act for the Establishment and Support of Light-Houses, Beacons, Buoys, and Public Piers.” The Act also funded construction of a new lighthouse at Cape Henry on the mouth of the Chesapeake Bay. Miller calls this the “first federal works project,” one that appealed to Virginia lawmakers specifically and “merchants throughout the Chesapeake region” in general. (As of 1789, only two lighthouses were found south of the Delaware River.)

One of these colonial-era lighthouses, the octagonal stone tower at Sandy Hook, New Jersey, served as the design prototype for American lighthouses “well into the nineteenth century.” Originally called the New-York Light House, Sandy Hook was declared a National Historic Landmark on its 200th birthday in 1964. The sturdy tower still lights the way in and out of New York Bay, even though shifting sands have moved it much farther away from the water than it was originally.

The Cape Henry Lighthouse was completed in 1791 with a “gigantic” budget of $34,076.66. Two thousand dollars a year was needed to maintain the light, costs of which included oil and wicks as well as the keeper.

Nine more lighthouses were built by the government by 1800. In addition to marking position at night, the beacons became important navigational markers for daytime sailing as well. The standard navigational reference guides of the era, John Norman’s American Pilot and Edmund Blunt’s American Coast Pilot, incorporated the new landmarks as they went up.

Miller writes that American lighthouses promoted an “image consistent with a republican ideology that valued practicality and performance over the visual ‘superfluities’ and flourishes of an authoritarian power.” France’s ornate lighthouses were clearly the anti-model here: built under monarchy with the likes of Etruscan columns, marble floors, vaulted archers, and Royal Chapels. In contrast, American lighthouses were to be “emblematic of republican modernity, utility, and restraint.”

In 1800, the twenty-three American lighthouses represented a smaller number than found around the British Isles. By 1822, there were seventy American lighthouses, more than one-and-a-half times the number in the British Isles. In 1852, the US had 331 lighthouses. This “phenomenal proliferation took place amid a climate that rejected nearly all internal improvements, thereby demonstrating their appeal across the political spectrum,” writes Miller.

“The explanation can only be that lighthouses did what they were intended to do: they were successful both as instruments promoting commerce and national unity, and as appropriate manifestations of the visible, even vigorous sovereign state required to achieve such aspirations.”

“The Lighthouse Top I See”: Lighthouses as Instruments and Manifestations of State Building in the Early Republic
By: Allen S. Miller
Buildings & Landscapes: Journal of the Vernacular Architecture Forum, Vol. 17, No. 1 (Spring 2010), pp. 13–34
University of Minnesota Press 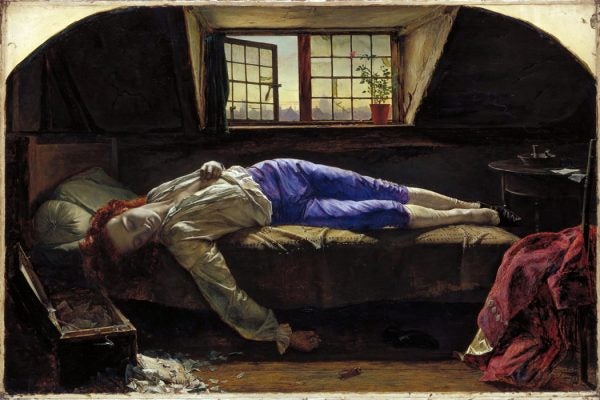 The Posthumous Mystique of Thomas Chatterton

He died young of suicide and became the quintessence of the tormented poet. But his death may have been an accident, and his greatest work, forgeries.