The Native American Roots of the US Constitution 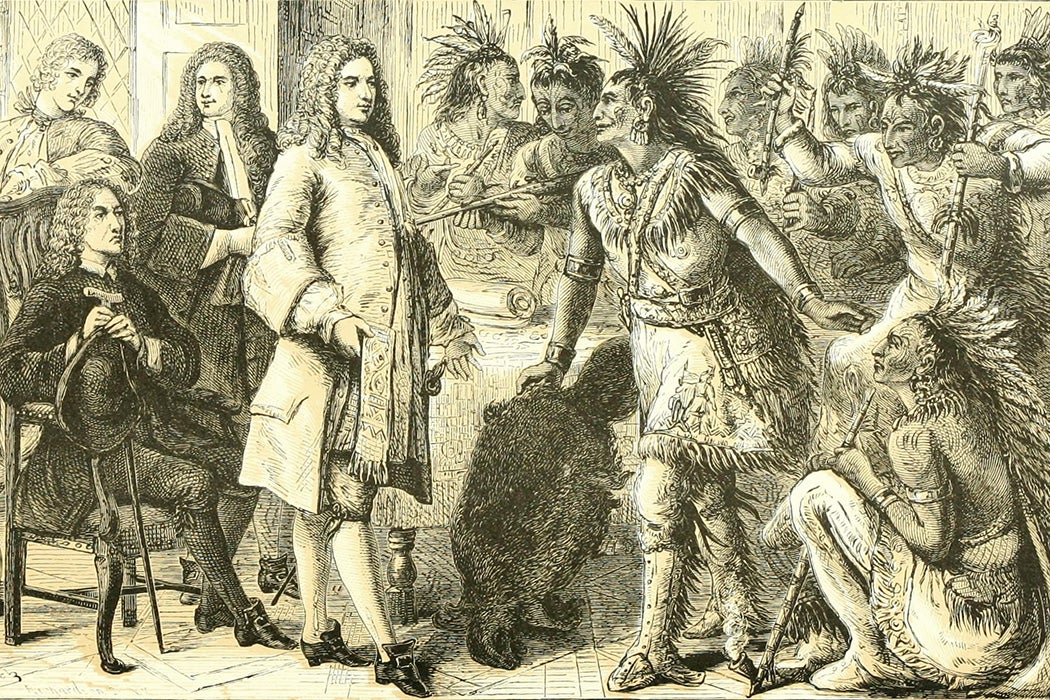 September 17 is Constitution Day, marking the signing of the US Constitution in 1787. Schools often trace the intellectual lineage of the Constitution from ancient Athens through the European Enlightenment. But Robert Miller, a legal scholar, tribal court judge, and citizen of the Eastern Shawnee Tribe of Oklahoma, writes that another source of many of its ideas is the tribal political entities that were the closest neighbors of the fledgling U.S. government.

Miller explains that many of the Founding Fathers who signed the Constitution had deep familiarity with Native nations, some having negotiated treaties or engaged in diplomatic relations with them.

Benjamin Franklin was closely involved in negotiating and printing treaties with Native nations including the Iroquois Confederacy, and studied their systems of governance.

Eighteenth-century tribal governments across what’s now the US had a wide variety of government models, from the “relatively complex to simple governments, and from nearly autocratic to highly democratic governments.” The governments of eastern North America that the Founders were most familiar with were confederacies of tribal nations, including the powerful Iroquois Confederacy in upstate New York. The Iroquois, Shawnee, Cherokee, and other political formations generally separated military and civil leadership, guarded certain personal freedoms including freedom of religion, and included somewhat democratic policies for referendums, vetoes and recalls. (Most also gave women a large role in government, something that wouldn’t make its way into the US Constitution for more than a century.)

Miller notes that Benjamin Franklin was closely involved in negotiating and printing treaties with Native nations including the Iroquois Confederacy, and studied their systems of governance. Writing in 1751, Franklin argued that:

It would be a very strange Thing, if six Nations of ignorant Savages [sic] should be capable of forming a Scheme for such a Union, and be able to execute it in such a Manner as that it has subsisted Ages, and appears indissoluble; and yet a like Union should be impractical for ten or a Dozen English Colonies[…]

John Adams suggested that those drafting the Constitution should study the governments of “the ancient Germans and modern Indians,” which he believed divided power among the three branches of executive, judicial and legislative governance. In particular, he cited the Mohawks, who he argued enjoyed “complete individual independence,” while tribal leaders brought major decisions like declarations of war to “a national assembly.”

Thomas Jefferson also studied Native systems of government, expressing admiration for them, despite incorrectly characterizing them as having “no law.” In a letter written after the completion of the first draft of the Constitution, he wrote that “the only condition on earth to be compared with ours is that of the Indians, where they still have less law than we. The Europeans are governments of kites over pidgeons [sic].”

While European thought had obvious and substantial influences on the US Constitution, Miller concludes, “ultimately, the Founders developed democratic political theories and principles that were barely practiced in Europe.”

Editor’s note: The caption on this post has been updated to more accurately reflect the image depicted and correct an error in punctuation.