These Bizarre Ivory Cups Were Carved by Princes

The royal houses of Europe felt that it would be good for their sons to learn a manual trade. Artisans taught nobles to carve ivory on a lathe. 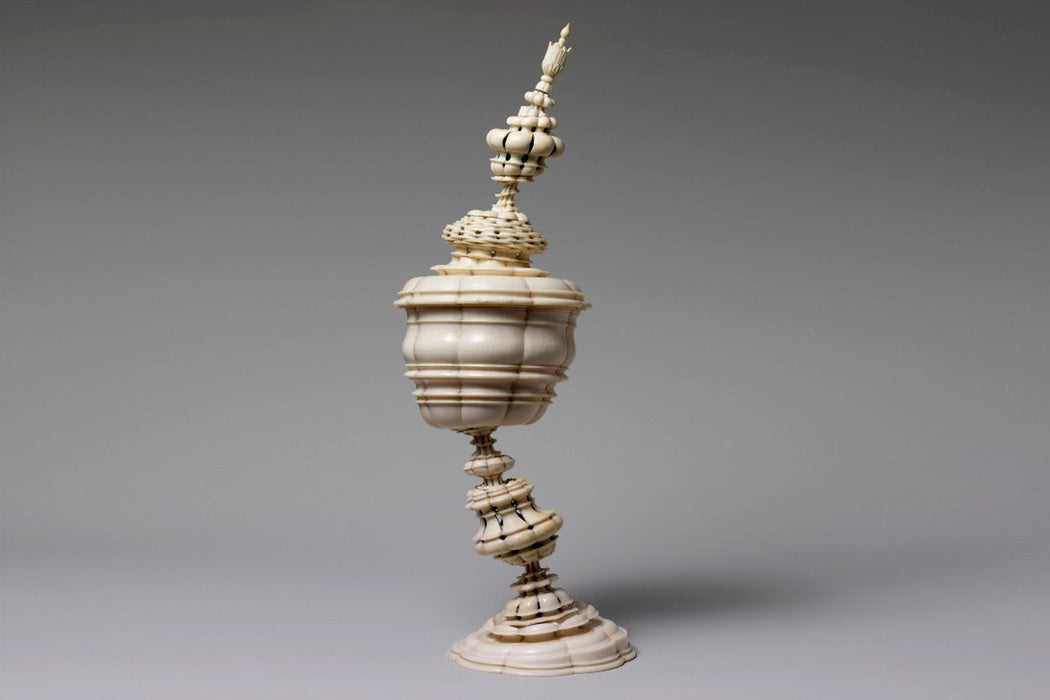 This goblet is clearly drunk. Just look at it: it’s swaying in place, barely able to stay upright. Its tiers are teeter-tottering and askew. To my eyes, it looks like glitch art, even though it was made in the seventeenth century. But, as I was lucky enough to see it in the flesh this past weekend, I can assure you that it’s a real, material object: fourteen inches tall, fully three-dimensional, and even weirder in person.

This artifact is unique, but not isolated. It’s one representative of a species of ivory oddities so exuberantly impractical, so elaborately absurd, that they appear, even in person, like spontaneous deformities of reality.

This is a family bound together largely by dissimilarity: every member is an oddball. Some of them seem to float on columns winnowed to the thinness of curving ribbons. Others billow and sag, like deflating hot air balloons. Buffoonish heads sprout from some, geometrical solids from others. Some have been hollowed out, improbably, like Russian nesting dolls: spheres within spheres within spheres, all carved from a single chunk of tusk. Others brandish fuzzy projections that look like moth antennae or TV towers. And many of them bulge and droop in ways that just seem ever-so-subtly wrong, like an anamorphic painting viewed from a few steps off the correct vantage point.

Ivory is the only substance that can be carved in this manner.

Some of them are simply bizarre, even unsettling. A 1963 article by the Dutch art historian Kirsten Aschengreen Piacenti has a few hard-to-find photos of some lavish monstrosities by Filippo Senger. (I really can’t express in words how weird these are, so do yourself a favor and scroll down to page nine. You’re going to think that something went wrong with the print. I promise you, that’s how they’re supposed to look.)

Preternaturally strong, light, fine-grained, and homogenous, ivory is the only substance that can be carved in this manner. There is nothing else that can support such huge globes on such spindly legs, or reach such translucency without cracking. It can be shaved to the thinness of paper, or pierced to the intricacy of lace, without falling apart. These qualities inspired accounts of fairy-tale wonders executed in ivory, legends of marvelous workmanship that strain credulity. One artisan was said to have presented the Pope with 1,600 ivory dishes, all small and slender enough to fit together inside a single hollow peppercorn, and another was reputed to have carved a chariot and horses so diminutive that they could shelter under the wing of a fly.

These ivory goblets, however, rather than being hewn by hand, were turned on a lathe—that is, they were spun at high speed against specially-shaped chisels. This process made them, in the estimation of historian of science Noam Andrews, “perhaps the first instances of machine-generated art.” Up until the sixteenth century, lathe-turning was used largely to create utilitarian curves—to hollow out bowls, to shape boxes and bobbins—and to add a sinuous beauty to chessmen, chair-legs, and balusters.

But something happened in the sixteenth century. Perhaps it was due to a series of technical advances, which made it possible to turn ovals and oblique shapes on the lathe for the first time. Perhaps it was the craze for geometry, popularized by the Renaissance painter Albrecht Dürer’s Manual on the Measurements of Lines, Areas, and Solids with a Compass and Ruler. In any case, at this time, turners began to push the limits of the lathe by devising jaw-dropping ivory confections. To some extent, this can explain why these ivory goblets tend to look so cockeyed and gooey: because the lathe cuts in a circle, only a highly skilled turner could use it to carve eccentric, irregular shapes.

Ornamental turning was the domain of nobles: courtiers, dukes, and princes, as well as the exalted artisans who were employed to teach these aristocrats the craft. This is the other strange thing about these ivory cups—most works of art in the early modern era were created for the nobility, not by them. But this ivory goblet was turned by Ferdinando de Medici himself. Peter the Great was reportedly an enthusiastic turner, as was Louis XV.

Apparently, the royal houses of Europe felt that it would be good for their sons to learn a manual trade, and they seized upon lathe-turning as the most appropriate option. Carpentry was Christ’s profession, and lathe-turning was considered a branch of carpentry—minus all that undignified hewing and hacking. On the lathe, young princes could demonstrate their mastery over nature, as well as their familiarity with geometrical principles.

The royals learned from the best. Generations of aristocrats apprenticed to generations of master turners. Turned ivories were exchanged as diplomatic gifts and seized as spoils of war. Private galleries in palaces were set aside for the specific purpose of displaying the products of the lathe. To visitors who were familiar with the lathe, or who practiced turning themselves, their eccentric curves and ornate carvings would have spoken clearly of skill, discipline, and artistry. Gathered together, the rows of ivory goblets must have looked like the skyline of a fantastical city. 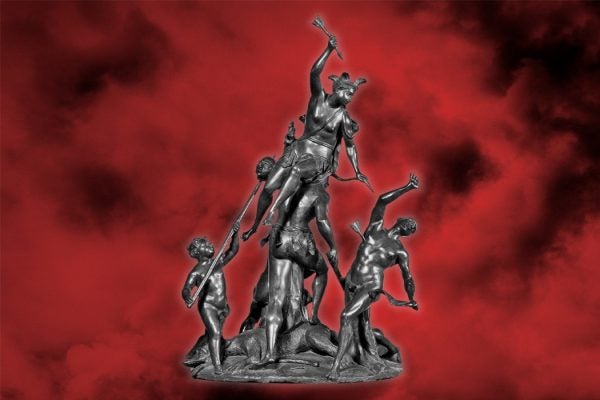 Demons and artists, it seems, pull from the same bag of tricks. They take ordinary matter and transform it into something more wondrous, more terrifying.