The Women of Pop

In addition to bringing attention to overlooked artists, one scholar argues that art criticism has contributed to their obscurity. 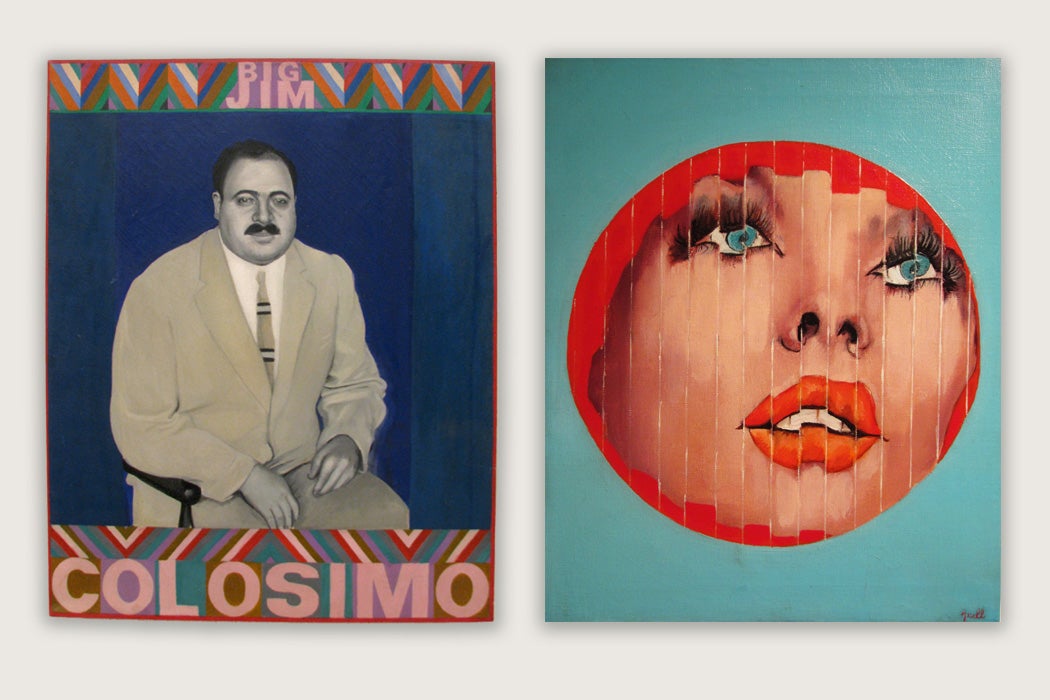 Quick! Name some of the luminaries of Pop Art. Andy Warhol, Roy Lichtenstein, Robert Rauschenberg, Jasper Johns, Robert Indiana…POW! Wait a minute, Brad, this is an all-male line-up. Was “Pop” just another word for “Dad”?

“The accepted story of Pop Art, as in many modernist tales, is one of male subjects and female objects,” writes art historian Kalliopi Minioudaki. “Its canon has relied exclusively on male artists whose iconography has often objectified women. Yet there were many women who were initially, or can be retroactively, associated with Pop art as subjects/artists rather than as objects.”

Minioudaki explores “the possibilities of an empowering visualization of female sexuality and pleasure.”

Minioudaki doesn’t just want to resurrect the women of the Pop era—Marisol, Joyce Wieland, Lourdes Castro, Giosetta Fioroni, Niki de Saint Phalle, Marjorie Strider, and Idelle Weber, to name a few she cites—by adding them to the existing male-dominated canon. The idea of the canon itself, she writes, is questionable because of “its unshakable masculinist foundations.” Instead, Minioudaki wants to expand the definition of Pop itself, arguing for a continuous redefinition of it. She wants some heat injected into the cool and impersonal aesthetics of “the hard-core boys of Pop.”

And, with the work of Rosalyn Drexler (American, 1926–), Evelyne Axell (Belgian, 1935–1972), and Pauline Boty (British, 1938–1966), Minioudaki explores “the possibilities of an empowering visualization of female sexuality and pleasure.”

“I not only want to underscore the proto-feminist thrust of their Pop but also to suggest the complicity of feminist art criticism in their marginalization due to feminism’s intergenerational conflicts and lack of consensus about feminist uses of pop culture’s genres (the pin-up in particular).”

Drexler, for instance, became more famous for being “immortalized in a wrestler’s pose” in a work by Warhol in 1962 than for her own work. (She had, in fact, worked as a “lady wrestler” in the early 1950s, experience she fictionalized in the early 1970s.) Her work as a visual artist “was included in several historic, yet not the most influential, Pop shows of the sixties,” and she was linked to Warhol in contemporary press as both model and artist in her own right.

While Drexler’s work is found in U.S. collections, including the Whitney Museum’s, it was, writes Minioudaki, “mostly as bequests rather than acquisitions and condemned indefinitely to storage rooms.” After a retrospective of her work in Philadelphia in 2004 and subsequent shows, Drexler has gained wider recognition for her Pop-era work. She’s the only living member of Minioudaki’s trio.

The lives and works of Axell and Boty, who met briefly in 1964, had similar trajectories, including “acting careers, their tragic early deaths, and above all their spectacular celebration of female sexuality in life and art.” Boty died of cancer at twenty-six, Axell in a car accident at thirty-seven. Boty’s resurgence into contemporary public consciousness has been assisted by author Ali Smith, including in her 2016 novel Autumn.

Minioudaki places all three women, with the “performing and depicted bodies” in their art, at the intersection of “(proto/pre-) feminism and Pop.” They helped bust open Pop’s cool appropriations of popular culture (comics, pin-ups, celebrities, soup cans…) by the boys. 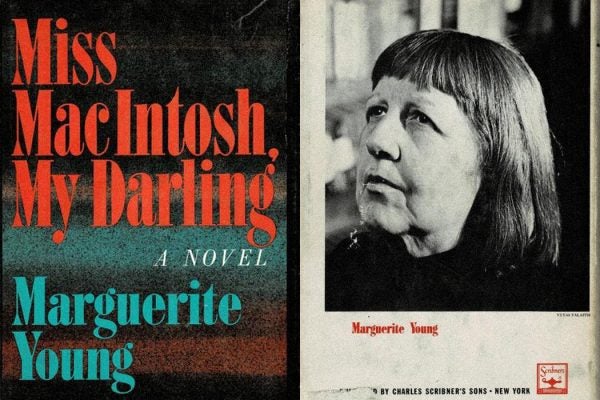 Marguerite Young's Miss MacIntosh, My Darling is a dense fusion of poetry and prose. One critic says it's unjustifiably forgotten.