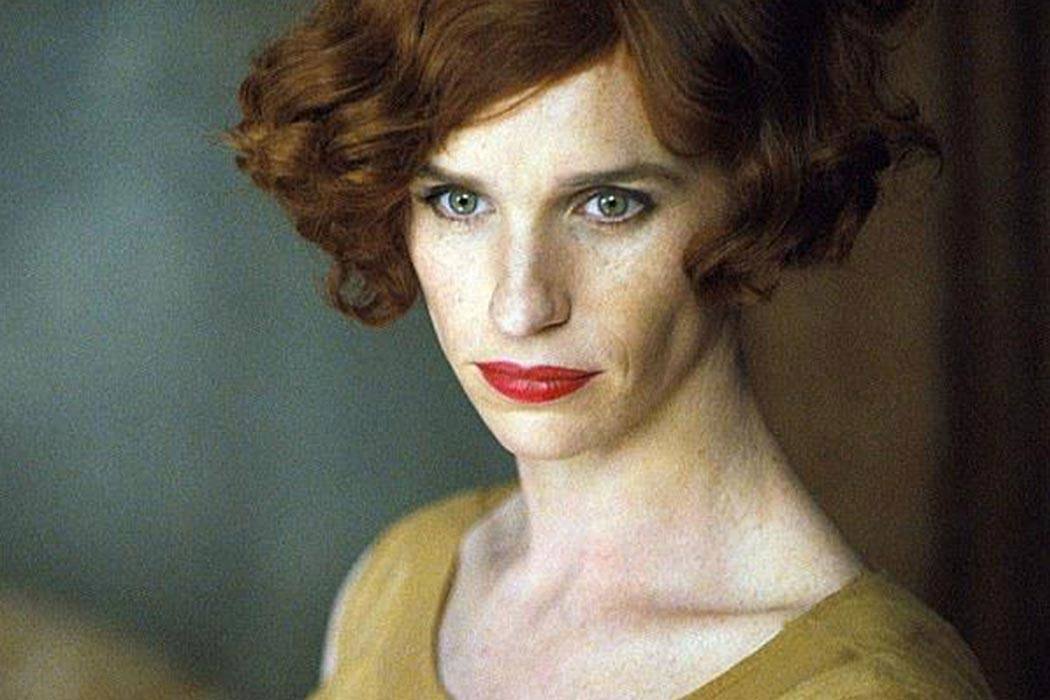 If British actor Eddie Redmayne receives an Oscar for his portrayal of transgender painter Lili Elbe in The Danish Girl, he will be the most recent in a string of cisgender actors lauded for their portrayals of transgender men and women. “Regressive, [r]eductive, and [h]armful” is how Carol Grant, a trans writer, summarizes the film. In a review published on Indiewire, Grant draws our attention to the rising visibility of transgender stories in the media alongside the paradoxical lack of casting of transgender actors and actresses in leading roles. “I think the problem now is equality of opportunity for trans actors to play cis and trans roles, and until the industry evolves to break those barriers down I think the issue will remain,” director Tom Hopper admitted after casting Redmayne.

Questions about who should play whom—and about why it matters to the culture—may sound contemporary. And to be completely clear, I strongly believe trans performers should be cast in trans roles. However, a similar conversation has been had before, in early modern England, when the theater was a major form of popular entertainment, but only men and boys were allowed to perform on stage.

For men and boys who role-played professionally, cross-dressing was part of the job description.

The early modern London stage was home to artifice, where fairies came to life and boys could wear the robes of queens. Likewise, the city’s burgeoning economy meant the rise of a merchant class who sometimes ignored sumptuary laws (which regulated who could wear what, according to social class). They dressed in finery above their status. On and off the stage, attire could signify not only who someone was, but also who he or she wanted to be, thereby altering their identity. For the men and boys who role-played professionally, cross-dressing was part of the job description. But for English women, who didn’t become theater professionals until 1660, cross-dressing may have suggested an enticing symbol of mobility and power.

On January 27, 1612, petty thief Mary Frith, a.k.a. Moll Cutpurse, appeared in an ecclesiastical court and confessed to a litany of bad behavior: She drank, she cursed, she palled around with unsavory characters, and, perhaps worst of all, she did it all “in the habite of a man.” Not only that—according to the anonymous author of The Life and Death of Mrs. Mary Frith, she was also the first Englishwoman to smoke tobacco. Her provocative behavior and attire sparked the imaginations (and furies) of many, including the playwrights Thomas Middleton and Thomas Dekker, who had dramatized Mary’s notoriety just the year before, in their play The Roaring Girl.

To understand why Mary’s transvestism was seen as so dangerous, it helps to know a bit about early 17th-century conceptions of gender. In his book Impersonations, Stephen Orgel writes that, according to the influential Galenic model of the time, “the female genitals were simply the male genitals inverted, and carried internally rather than externally.” In 1615, Helkiah Crooke expands on this model in Microcosmographia. He argues that women are “incomplete” men. They’re men who didn’t have enough heat to “thrust” the testicles from their body. In this conception, one doesn’t begin as either gender; one becomes one or the other.

We can see this conception of gender mirrored in the Elizabethan practice of dressing children of both genders in skirts until the age of seven, when boys were breeched and moved from “the common gender of childhood,” Orgel writes, into the world of men. Cross-dressing threatened to separate gender signs from what they stood for, and the theater provided countless opportunities for gender-switching, accomplished as easily as a costume change.

To puritanical anti-theatricalists, the cross-dressing on stage was a lie and a betrayal. They feared what the costume would do to the gender beneath. In his Anatomie of Abuses, Philip Stubbs worries that male actors in women’s clothing could “adulterate” their gender. “Fifty years later,” writes scholar Laura Levine, “in a one-thousand-page tract which may have hastened the closing of the theaters, William Prynne described a man whom women’s clothing had literally caused to ‘degenerate’ into a woman.” In her scholarship on anti-theatricality, Levine points out the contradiction inherent in arguments such as these: they stuck to the idea that costume signified gender, while also maintaining the more irrational fear that costume could alter gender.

Today we don’t have anti-theatricalists, but we do have the conservative Christian website movieguide.org, published by a man whose “life’s purpose is to be used of God to redeem the values of the media while educating audiences on how to use discernment in selecting their entertainment.” The website’s review of The Danish Girl echoes early modern fears of any gender identity that deviates from biological sex, while at the same time implying that transgenderism is a trend without any historical precedent:

Very strong Romantic, politically correct, homosexual worldview about how cross-dressing bisexual man’s attempt to be the first man to try “sex-change surgery” affects his life and marriage… THE DANISH GIRL is a true story trying to capitalize on our changing times by offering a tale of a “transgender” figure other than Bruce Jenner.

Ultimately, the uncredited critic writes, the “protagonist is selfish and self-absorbed throughout [the] movie, which offers no condemnation of his actions.” No condemnation—except, of course, for (titular Danish girl) Lili Elbe’s tragic death from surgical complications as she tried to have a womb implanted in her body.

Ann Morrow was found guilty of disguising herself as a man for the purpose of marrying three different women.

Punishment in the form of tragic death is a common trope in film adaptations of transgender stories. In Dallas Buyers Club, the transgender character Rayon, played by Jared Leto, dies of AIDS. Hilary Swank won an Oscar in 2000 for her portrayal of a young trans man, Brandon Teena, in the film Boys Don’t Cry, based on a true story about Brandon’s brutal rape and murder. Although movieguide.org refers to “our changing times,” they really haven’t changed all that much: Back in the 17th century, a woman named Ann Morrow was “found guilty of disguising herself as a man for the purpose of marrying three different women, [and] was blinded by stones flung at her by an exceptionally violent crowd.”

It’s hard to definitively say whether Mary Frith’s cross-dressing was an expression of her true gender identity or a sartorial strategy for accessing power as a woman in early modern London. Her story, however, remains an extraordinary example of a woman who not only staunchly withstood the moral and legal prosecutions of her male habits, but who also used performance as a form of transgression.

In the epilogue to The Roaring Girl—a play in which the main character dresses how she pleases, smokes a pipe, challenges men to duels, and refuses marriage—the boy actor playing Moll anticipates “the Roaring Girl herself:”

…[she] some few days hence,
Shall on this stage give larger recompense;
Which mirth that you may share in, herself does woo you,
And craves this sign: your hands to beckon her to you.

in mans apparell & in her bootes & with a sword by her syde, she told the company there present that she thought many of them were of opinion that she was a man, but if any of them would come to her lodging they should finde that she is a woman & some other immodest and lascivious speaches she also vsed at that time. And also sat there vppon the stage in the publique view of all the people there presente in mans apparell & playd vppon her lute & sange a songe.

In this radical performance, Mary Frith became one of the first (if not the first) English women ever to perform on the professional stage.

Unlike Lili Elbe or Brandon Teena, whose real lives were adapted for performance by actors, Mary Frith had the unusual opportunity to briefly play the role of herself, even though her appearance was technically prohibited by law. Our stories dovetail here, around the question of the systems that determine which stories are told, how they will be represented for an audience, and who has the privilege to play these roles.

“Eddie Redmayne,” writes Cleis Abeni, the transgender issues correspondent for The Advocate, “gave a richly textured, intelligent, empathetic performance as Lili Elbe in The Danish Girl, and his performance soars high above our conversations. He deserves his nomination. When we rightly advocate for films, television, and the stage to be more inclusive of the talents of openly trans performers (or any performer from historically marginalized communities), our ire should not be directed at performers like Redmayne who avail themselves of every opportunity to practice their craft. Rather, our criticism should be directed at a system still wholly run by insular producers, casting agents, script writers, and directors.”

Mary Frith’s story is a powerful historical example of a celebrity living outside the gender binary, one who not only inspired a work of performance, but also one who had the opportunity to perform. Hundreds of years later, there is still so much progress to be made in terms of opportunities for transgender and non-binary writers, directors, and performers.

Abeni is hopeful. “The Danish Girl did feature two openly trans performers in minor roles…Trans actress Rebecca Root played Lili’s nurse in the film, and trans actor Jake Graf played Henri. Even within a deeply flawed system, there are pockets of compassionate change that should give us hope for a more inclusive future.” 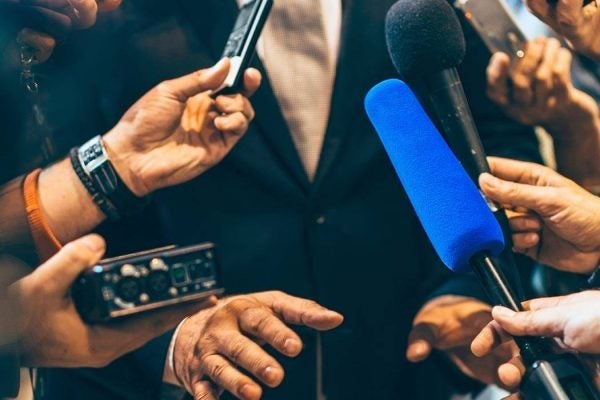 The Linguistics of Mass Persuasion Part 2: Choose Your Own Adventure

How politicians use language to manipulate the public and sway them toward particular world-views. 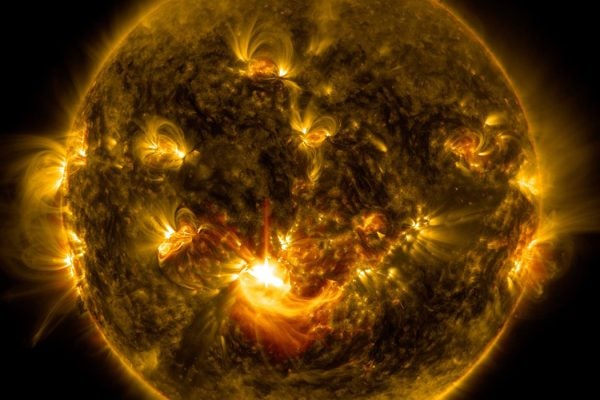