For eleven days in February and March 1717, New England was hit with four major snowstorms. The devastation struck some as a sign from God. 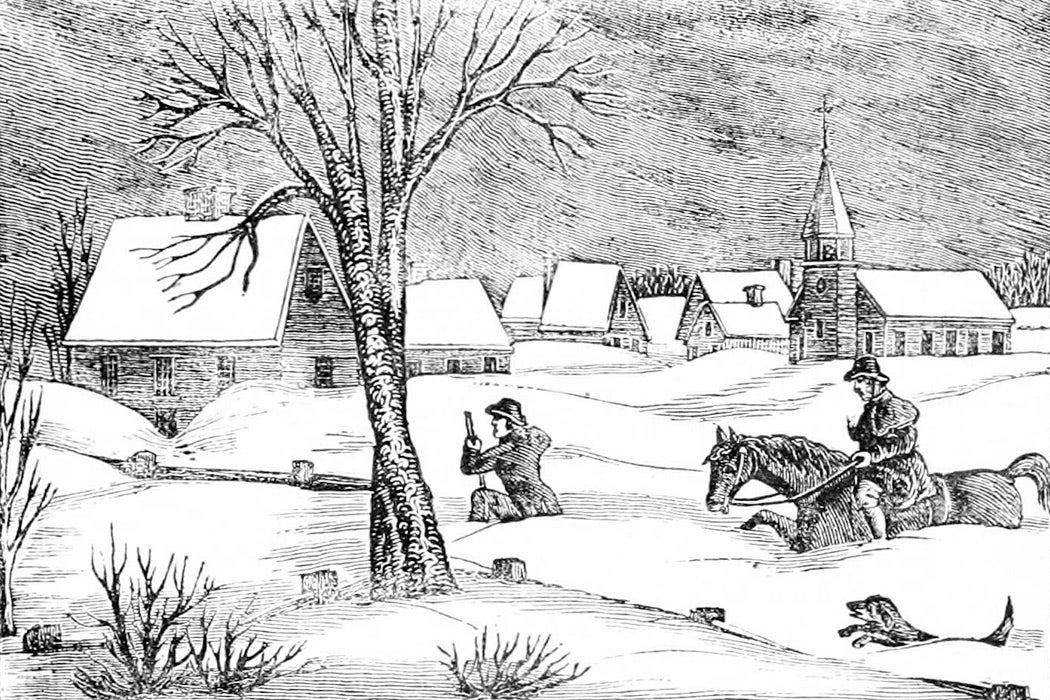 Snow drifts covered houses. Horses froze where they stood. Roads were impassable for weeks. This, historian Thomas Wickman writes, was the landscape of much of New England in February and March of 1717, when colonists suffered a weather disaster known as the Great Snow.

Within an 11-day period late that February, Wickman writes, there were four major snowstorms. It was, according to the famed minister Cotton Mather, “as mighty a Snow, as perhaps has been known in the Memory of Man.” And, thanks to frigid weather, the snow took its time melting. Three- to five-foot-deep snow packs lay across much of the New England landscape for the six weeks that followed.

A man named Ebenezer Billings wrote that when he “Inquired of Indians about 80 years old,” they replied that “their fathers never told them of such a storme [sic].”

Whether or not the snowfall was actually such a rare phenomenon, Wickman writes, its impact really was exceptional. This had to do with changes the colonists had made over the previous century. Clearing forests, rather than just burning the undergrowth as Native Americans had done, created open fields that wind whipped across, leading to greater wind chill. Areas of open land punctuated by clusters of two-story buildings promoted huge snow drifts. Mather reported 16-foot drifts in a sheep pasture and single-story houses “totally covered with ye Snow.”

Orchards took heavy damage, and deer, sheep, horses, and cows died in droves. Some colonists had barns to protect their animals, or even took them into their homes. But others normally let them roam along the coastlines or on islands set aside for grazing, and had no way to reach them after the snowfall.

Travel remained difficult through the month of March, Wickman writes, with some roads impassable because of snow and others hazardous with slush, mud, or ice. This was a particular problem for population centers dependent on goods from the countryside. By March 8, a Harvard student named Thomas Paine (not this Thomas Paine) reported that shortages of firewood in and around Boston were forcing students to leave Harvard College.

Fortunately, some colonists had adopted Native American snowshoes, which made traversing the snowpack possible. One observer noted that there was “no traveling for horse, or man, but with Rackets.” Another described using snowshoes to rescue his trapped and hungry neighbors.

Much of what writers described during the period was being stuck in their home, experiencing a “doleful winter” or “melancholy season.”

Many New England ministers took the weather as a sign of God’s displeasure, Wickman writes. As April arrived with snow banks still several feet deep, some colonial leaders organized public fasts in response. Massachusetts Governor Samuel Shute proclaimed a day of fasting and prayer calling on God to “bless the Springing of the Year.”

Perhaps it worked. Spring did indeed come again. But the colonists must have entered the warm months of 1717 much chastened about the power of New England weather. 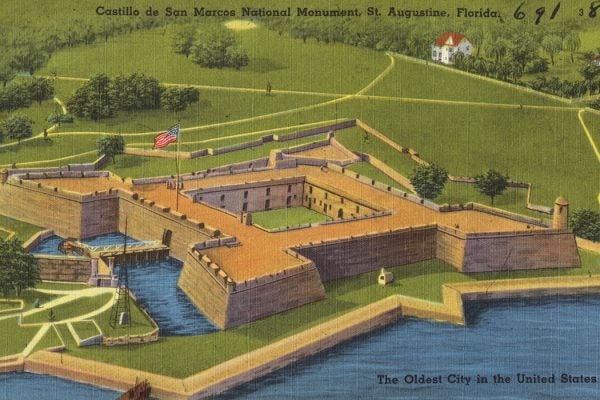