The Origins of the Feminist Art Movement

Before the Guerrilla Girls, Women Artists in Revolution pressured institutions to include women artists, inspiring similar groups around the U.S.

In 1969, just 8 percent of the artists shown in the Whitney Museum’s Annual (now the Whitney Biennial) were women. And in high-profile New York galleries, women only made up “one artist in twenty,” writes art journalist Carey Lovelace. Far from being an isolated problem at a few institutions, the lack of women artists was part of a bigger problem. “‘We just can’t find women of quality,’ was the reason often given by museums about the lack of women represented,” writes Lovelace. But the women of the group Women Artists in Revolution (WAR) knew better.

Groups like WAR, which Lovelace notes might have been “the world’s first feminist artist organization,” challenged that notion. And in the current of social and political change in the late 1960s and early ’70s, consciously feminist art organizations like WAR represented a vital part of the women’s movement, leading to “a whirlwind of activism, protests, women-run galleries, [and] journals.”

Many members of WAR were initially part of the Art Workers Coalition (AWC), a group of artists who, as artist and WAR member Jacqueline Skiles writes, “banded together to protest both the conditions and structure of the art world and the war in Vietnam.” They also criticized what they saw as the art-world establishment’s “perpetuation of social injustices and oppressive power structures.” However, as Skiles points out, the AWC failed in examining its own power structure. Women were “still expected to type letters written by men, and to address the envelopes,” which left them out of decision-making. The women in AWC began to meet separately to address those issues, leading to the formation of WAR in early 1969.

Other groups followed: Women, Students, and Artists for Black Artists Liberation formed later in 1969, along with the Ad Hoc Committee of Women Artists in 1970. (The latter staged a protest at the Whitney in 1970 for its lack of women artists.) As Lovelace writes, Ad Hoc “quickly attracted other alienated, isolated women” with its “colorful tactics such as secreting eggs and Tampax plungers marked ‘50%’ around the museum.” The next Annual, in December 1970, was 20 percent women, including two Black artists—Betye Saar and Barbara Chase-Riboud—which, as Lovelace notes, was “the first time women of color had been showcased in a major art museum.”

Soon came a wave of other feminist art movements and exhibitions, like 1971’s “Twenty-Six Contemporary Women Artists” and, in 1973, “Women Choose Women,” organized by the group Women in the Arts. In 1971, Black women artists formed the collective “Where We At,” later holding an exhibit of the same name, which became the first Black women’s art exhibition. And across the country, programs like the Feminist Art Program at the California Institute of the Arts, Womanhouse (“a whole house turned into room after room of environmental art work and performances”), Chicago’s Women’s Graphics Collective, and Miami’s Women Artists It’s Time showed that the feminist art movement was in no way a New York anomaly.

Though as Lovelace points out, “equal representation would remain elusive” (and in many ways still is), these early groups helped shape feminist art. 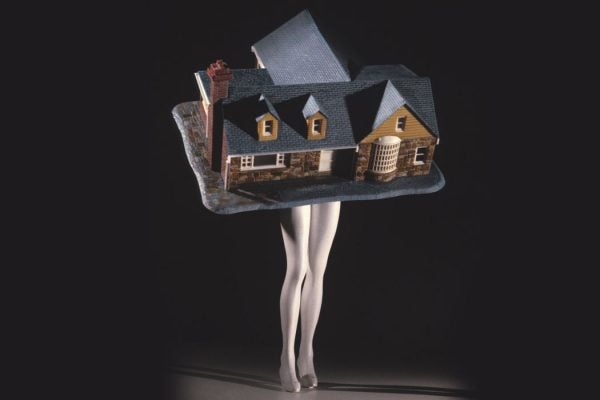