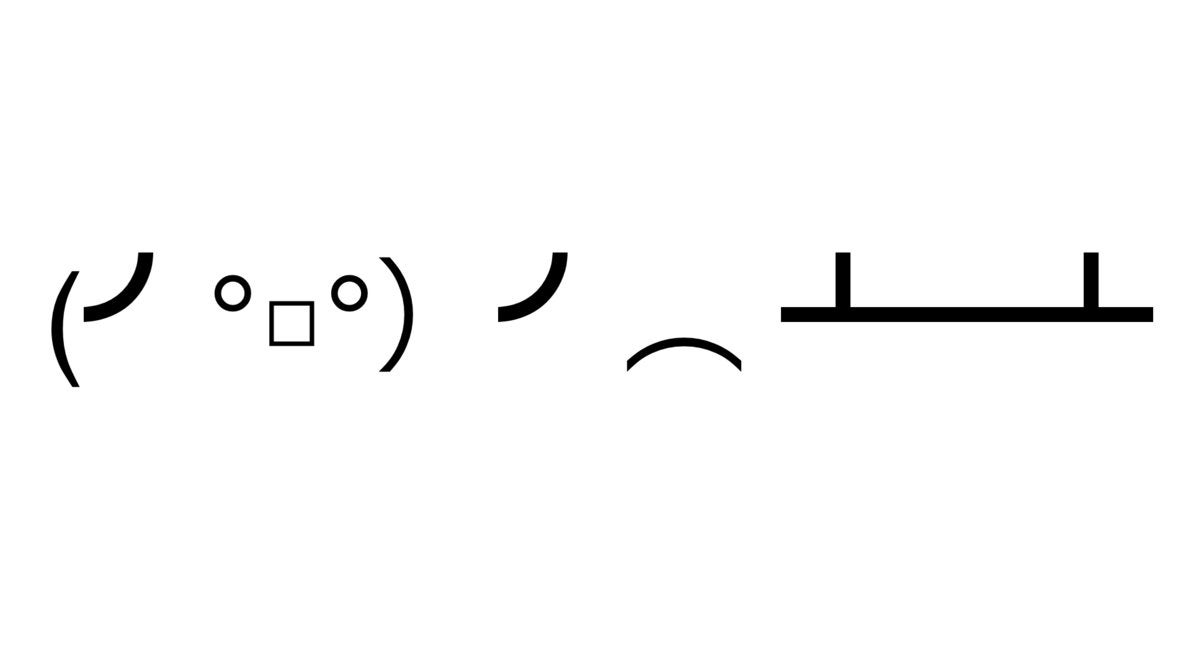 Language enthusiasts who have spent time in the more avant-garde regions of the internet may develop “all the feels” at the abundance of neologisms arising from internet culture. The more prescriptivist among us may end up face-palming, head-desking, or table-flipping at the bewildering array of novel ways of speaking in certain subcultures, that differ from the standard language.

For most linguists, it can be eye-opening and simply fun to observe these signs of nascent language change, as discussed in this great TED talk by Anne Curzan on neologisms and what makes a word “real.” Though it is debatable whether all of these neologisms will enter mainstream language on a more permanent basis, it’s fascinating to track the emergence of these new words and phrases and their linguistic structures.

One of the more interesting aspects of internet culture is the transformative ways people engage in creative language play, particularly when it comes to expressing emotions and reactions through words alone. Without the advantage of facial expressions and body language to convey social cues, it can be tricky to convey emotional intention through text. It has been argued, in Frances H. Rauscher, Robert M. Krauss and Yihsiu Chen’s 1996 study on gesture and lexical access, that the ability to gesture during spontaneous speech enhances a speaker’s access to the mental lexicon allowing speech to flow more easily. Well what happens in a medium where we don’t have access to gesture?

Punctuation was developed as a guide for the interpretation of text, in particular for reading out loud. As meaning in text became more nuanced, and the possibility for misinterpretations more likely, new punctuation marks were often suggested to prevent these misunderstandings, such as the infamous irony punctuation mark. Like many top-down rules imposed on language, these proposals didn’t always take off. Irony is best approached through understanding contextual cues in language use than earnestly signposted through an overt symbol. This may become true of many complex emotions and expressions, even if they have previously well-defined symbolic equivalents.

Email, instant messaging and other online forums for speech have made the efficient communication of emotion and social cues necessary. As written communication has become more casual, frequent, faster and more remote between large groups of people, navigating social understanding has become crucial, as discussed in this 2008 paper on the semiotics of email interaction by Daniel A. Menchik and Xiaoli Tian. Menchik and Tian investigate how groups using email can convey social context without access to the nonlinguistic cues available in face-to-face communication. One such device (among many options) of course is the much maligned emoticon, which has a surprisingly long history, with possible antecedents dating from 1862.

The evolution from simple punctuation-based emoticons to more complex reaction gifs from internet memes shows how more nuanced expressions are being stylized and conveyed in online culture. Emoticons in parallel have themselves developed some complexity, influenced by their Japanese counterparts. These are known as kaomojis, which use combinations that include katakana characters, such as the  shrug ¯\_(ツ)_/¯  and the ever popular table flip (╯°□°）╯︵ ┻━┻ . Emoticons that are frequently used have been developed into image versions of their punctuation selves (also known as emoji) and are so popular with internet users an emoji-only messenger is now available for those who like their communication short and sweet.

From visual emojis depicting simple emotional states, it’s a short step to the more dynamic emotion or reaction gifs, used by certain internet subcultures to respond or react in playful ways to an online discussion. These are gif images, often originating from internet memes, that depict elements of body language that can be too complex for an emoticon to describe. Essentially, it’s an innovative way for speakers to convey a sense of gesture on the internet.

One such gesture is the so-called “face palm” action which conveys a kind of disbelief or embarrassment. Arguably the most well-known ‘face palm’ gif of all is that of Captain Picard of Star Trek fame.

Thus, reaction gifs identify gestures in body language which are already prevalent in general pop culture. These are further defined and stylized through frequent usage by an online community. It is because these emotional responses are often well-worn tropes from film and narrative, based in a culture’s knowledge of nonlinguistic cues, that they can be more easily shared and understood.

Simple emoticons can be used straightforwardly in text to signal an emotional cue. A reaction gif seems to be used more creatively as a meta-commentary than purely authentically for conveying emotion. A good example is the previously mentioned table flip emoticon (╯°□°）╯︵ ┻━┻ to convey a comic extreme anger, and its gif counterparts, such as the animated one below, specifically drawn to show that trope.

So, reaction gifs are all very well for certain online mediums that allow for images, but what of the issue of conveying gesture and emotion through text only? It has long been a convention of online vernacular to express action using descriptive phrases within punctuation marks such as *types article furiously* but it could be argued that it was not until the popularity of reaction gifs that speakers began to develop a robust shared lexicon of online gestures and that this began to move into speech itself.

Once a reaction has been identified, codified into an emoticon or emotion gif, and then widely used and shared, it can often start to develop a morphological short form in language as users make more fluid reference to it in text. Based on the shared understanding of these terms within a speech community these phrases could become lexicalized into compounds. This appears to be happening with  ‘facepalm‘ and its fellow gestural neologisms, which has gone from a shorthand phrase such as ‘*face palm*‘ (which literally describes the gesture and might be appended to text), to the compound ‘face-palm‘ (sometimes fully lexicalized into a single word ‘facepalm‘) which may be used metaphorically as part of the utterance.

These compounds can gain traction outside the subculture from which it originated, and might also jump from the sphere of the written word into spoken language. These new gestural compounds such as face-palm, head-desk, side-eye, table-flip can already be observed in mainstream news publications in productive noun and verb forms, for example:

So it appears that what once were nonlinguistic gestures in speech have now become gesture-based compounds, influenced by the popularity of complex emoticons and reaction gifs. Whether you celebrate internet neologisms or side-eye them hard, it’s fascinating to see the creative and colorful evolution of how people express emotions in today’s online world.

Editor’s note: See our Medialogue column for an analysis of the cinematic origins of gifs. 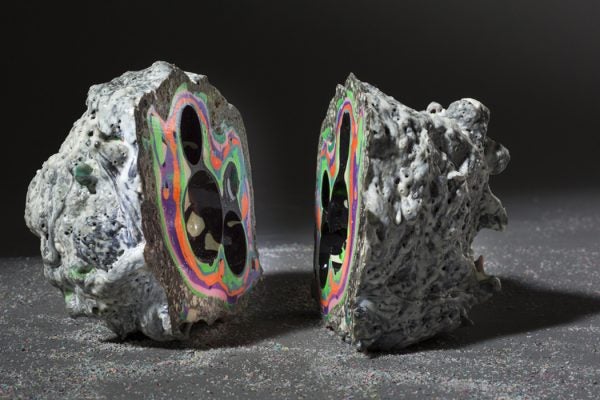 Sculptor Elyse Graham and The Artistic Fascination with Geodes