Bad Language for Nasty Women (and Other Gendered Insults)

Is it true that “nasty” is more likely to be applied to describe women than men? 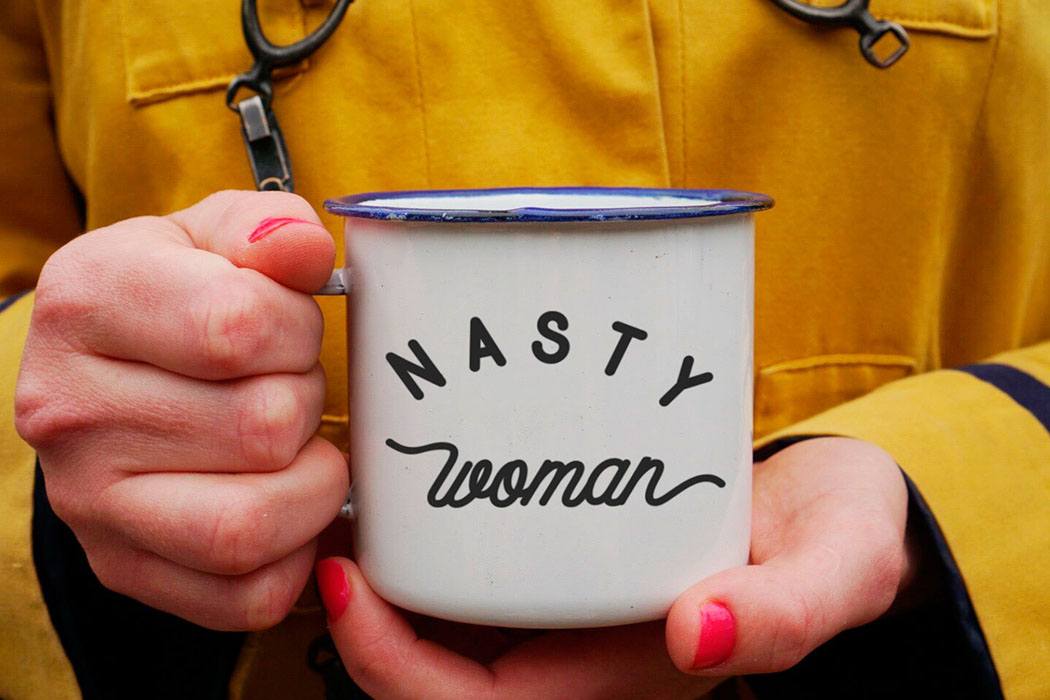 In an election defined by insults, invective and name-calling, Donald Trump has become known for his language of hate. His latest controversy was, as we know:

“Such a nasty woman.”

Perhaps unexpectedly, it became a rallying cry for ladies of the nasty persuasion everywhere (a hallowed profession with a long and illustrious history) as Donald Trump’s debate-night contribution to his meandering collection of regrettable insults towards Hillary Clinton (among others, such as women in general, other minorities, veterans, small babies, random strangers etc.) has mostly resulted in a bunch of playful internet memes celebrating the strengths of nasty women instead of the more outraged reaction he was probably going for (thanks in part to Miss Janet Jackson, if you’re nasty).

Given the vitriol of this long election season, I suppose it’s always good to find a bit of lighthearted relief somewhere. Internet memes may spring unbidden when these types of comments seem so out of place or ridiculous that it’s all too easy to pick up, make fun of, playfully remix, repeat. Reclaiming negative terms can work towards diluting the original meaning as others embrace new senses that develop from memes. But memes and other fads can also die as quickly as they arise (as fans of planking could tell you).

So while Donald Trump’s bumbling invective certainly has a mean-spirited shock factor about it, making it easy to meme-ify, it’s also troubling to see how the crude concepts he draws upon when insulting others may actually reflect the underlying social biases that we all still have to deal with. That is to say, invective, especially the abusive language and slurs that are more successful in offending others, draws readily upon the very shared images, ideas, senses, stereotypes and cultural assumptions we’re conditioned to accept as normal and expected.

Men are expected to be strong and aggressive, women are expected to be docile and deferential, and so the language that men and women use, or have used against them, is often subtly biased along gender lines, even if we don’t overtly notice it. An insult essentially is language, overt or covert, that accuses you of not behaving as you ought. Slurs attempt to socialize and condition your behavior to fit the desired characteristics of a particular group, by analogy. Whether you’re a man or a woman (or belong to some other social group), pointing out that you don’t seem like one, or how one should be, can often seem like the worst kind of insult. This changes how we use language to describe women in particular, because male, as Robin Lakoff has pointed out, is considered the norm, thus a “lady doctor” marks a difference from a regular doctor (who is generically male).

Is it true that “nasty” is more likely to be applied to describe women than men? Is there anything in the meaning of the word “nasty” itself that’s inherently biased? Well not really, on the surface of it. The etymology of nasty is sadly shrouded in mystery, but 9 out of 10 linguists (probably) might go out on a limb here and agree that its meaning is still not all that nice. (Unlike nice, which has undergone a rollicking semantic transformation from multiple negative meanings such as ignorant, foolish, wanton, cowardly to something a bit, well, nicer). Nasty inanimate objects are usually dirty, nasty weather is fairly horrible, and when nasty is directed at people, it takes on a nuance of “morally filthy, indecent.” Them’s fighting words.

Like the word “bossy,” “nasty” is also becoming subtly gendered in language

And yes, “nasty” in itself is not nice. But Deborah Tannen is one linguist who has noted that, like the word “bossy,” “nasty” is also becoming subtly gendered in the way it’s directed at women who aren’t exactly adhering to social expectations of deferential, non-threatening femininity. We might perceive an insult like a “nasty woman” very differently from “nasty man.” A nasty woman is doubly derogative, because the sense is not just about a person who happens to be mean, but also chastises women for not behaving how good women behave.

Perhaps no other presidential candidate in history has promoted hate speech so widely without any obvious consequences than Donald Trump. What does this say about the American public’s acceptance of abusive language and slurs towards others in public life, especially by those who hope to lead us? The volatile ups and downs of hate language during the 2016 election seem to have been legitimized by the upset win of Trump’s campaign. We know the words and language we use can have an effect, but it’s not just because a word has a clear negative meaning that it can be offensive. Insults are insulting because we might collectively agree as a speech group that they’re offensive, because they act to put people in their place, and castigate those who don’t quite fit. This isn’t exactly new. Laura Gowing in “Gender and the Language of Insult in Early Modern London” quotes a nasty woman of yesteryear, Edith Parsons, who allegedly leaned out of her cellar door to deliver a lengthy, run-on insult to her neighbor Sicilia Thornton:

and was promptly sued for defamation of character, which just goes to show bitches get stuff done, one way or another. It also goes to show that the power of these gendered terms, even in earlier times, was considered so severe that you had just cause to sue to protect from accusations that you weren’t behaving as ladies ought. Words matter, and slurs very definitely have an impact on public life.

“Bitch” is one of the more well-known slurs for women that’s partway through a reclamation effort that’s battling a long history of invective use against women. It still packs a fairly offensive punch, even when used by women towards other women (e.g. “she’s such a bitch” would usually be considered rather negative). Now your friendly dog breeder may think very differently of bitches, but as gendered, dehumanizing insults directed at women, the mental images we receive are quite different. Women may often be compared to animals as a derogatory class of terms, in a very different way to how men might be compared to animals. A man who’s referred to as a “dog” (as in “you old dog”) isn’t really being insulted at all, if he was, he might be called “a son of a bitch” instead, relating it back to women. Only women are “catty” (negative) while a man might be “a cool cat” (positive). In fact, researchers have long noted how the classes of derogatory terms for men and women have certain skewed characteristics and reveal quite a lot about how we socially build up gender, and then how we make each other maintain these gender characteristics through the nasty language of invective.

Deborah James’ 1998 revealing study of gender-linked derogatory terms for men and women collected contemporary abusive language for men and women from college students. The study shows some interesting trends in the way slurs are directed at men and women. There were far more male-directed derogatory terms collected than expected, yet if we look more in depth at the slurs collected for men, they’re often not comparable to the level of offensiveness or abuse as slurs directed at women. Light examples included pipsqueak, jackass, rat, creep, beanpole, etc., which as it was noted, when used by men, were probably not even derogatory, even if they were slightly more negative when used by women.

Let’s consider terms that would make any editor brandishing a red pen quail, such as “cunt,” a taboo word which is currently the most offensive thing you can call a woman in the English language. It also happens to be an insult for a man (or sometimes even friendly mockery), though with a different kind of effect, and this is revealing of a trend that researchers have noted previously—that women are insulted through references to sexual morals or being compared to sub-human entities, while men are insulted by being associated with women and weakness/femininity.

So, abusive language directed at women might encompass unladylike sexual behavior, such as whore, slut, skank, pussy, cunt, dyke, twat, etc. or might compare women to sub-human animals, such as bitch, chick, dog, cow, horse, pig, porker. Meanwhile, insults for men largely stem from allusions to weakness and femininity, either from references to women or stereotypically feminine men, such as pussy, cunt, sissy, wimp, poofter, motherfucker, cocksucker, son of a bitch. While there are slurs that describe male genitals, these tend to be generally less offensive than female genitals and stick to describing non-sexual characteristics, such as mistreating others or stupidity, e.g. asshole, dick, prick, bonehead, knob, etc. This is pretty different from similar words used to refer to women. It’s interesting that in this 1998 study, the term “douchebag” was considered primarily a gendered slur towards women, though males in the study sometimes used the term to refer to other males, an insult in keeping with a “weak as a woman” characteristic. Today it’s become a common term for a male who treats others badly and almost never found directed at women, even though the origins are from a sexually-motivated slur for women. 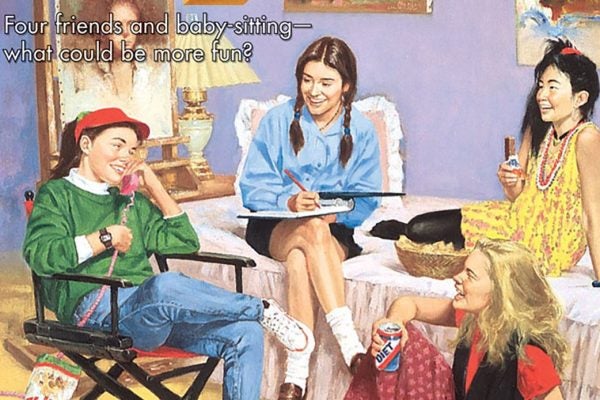