The Invention of Journalistic Objectivity

In the contemporary United States we tend to expect journalists to separate fact and opinion. It’s actually a relatively new phenomenon. 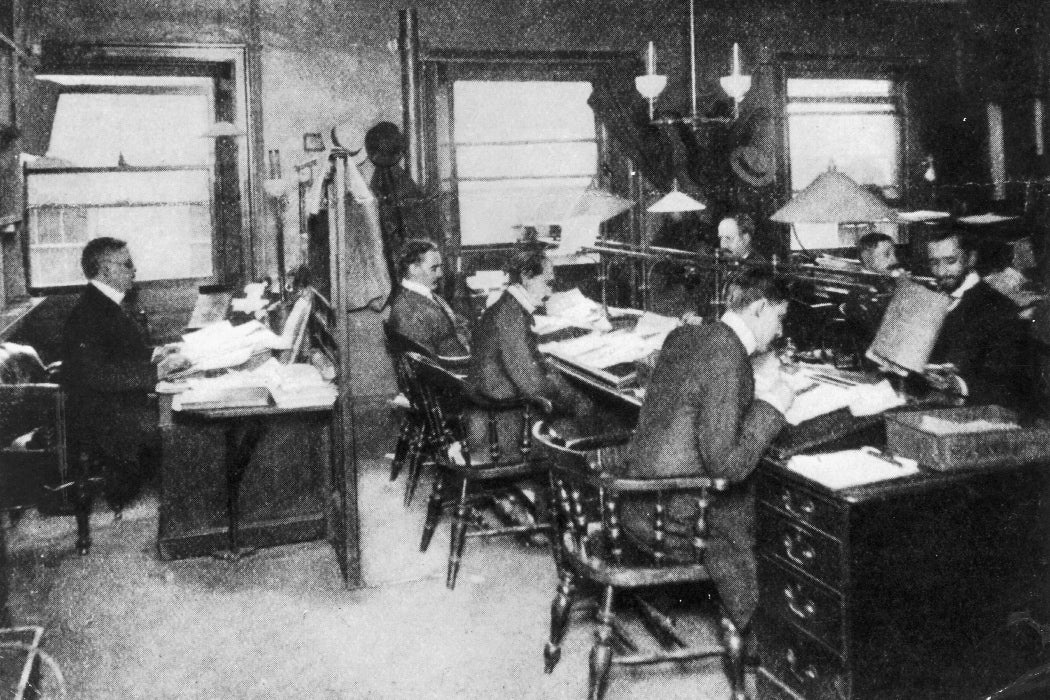 Observers of the twenty-first century news business often bemoan the slippage between reporting and opinion. Many cable shows and online outlets now operate from an explicitly ideological perspective rather than promising objectivity the way newspapers often do. Erasure of the lines between fact and opinion, however, actually brings journalism back to where it was more than a century ago, as scholars Kathy Roberts Forde and Katherine A. Foss explain.

For much of the nineteenth century, many publications were written in first-person. Writers expressed opinions, used flowery language, and attempted to instill good morals in their audiences. But by the 1880s, Americans were becoming increasingly interested in scientific theories, realism, and documented facts.

This taste for science and factual information made its way into the newspapers of the day. In the Writer, a trade journal for literary and journalistic professionals, one contributor argued that news writing demanded “the complete elimination of the writer’s individuality” and called for reporters “to be the unmoved observer of events… to see things exactly as they are without regard to possible motives which may have produced them.”

With this new commitment to empiricism came a new aesthetic. “The most successful journalists are those able to give the facts, the whole facts, and nothing but the facts, in brief, pithy sentences, the majority of which contain not more than a dozen words,” according to the Journalist, another trade publication.

Even papers that embraced sensationalism generally prided themselves on factual reporting.

This was also the heyday of yellow journalism, when many newspapers employed stunts and even fakery to push an agenda or just to sell papers. But Forde and Foss write that even papers that embraced sensationalism generally prided themselves on factual reporting. At the New York World, cards hanging on the walls of the city newsroom read “Accuracy! Accuracy! Accuracy! Who? What? Where? When? How? The Facts—The Color—The Facts!”

The increasing focus on facts led to a widespread belief that editorial pages were on their way out. In the Journalist, one writer declared that increasingly educated readers were “just as competent to form an opinion upon the news” as “some man or woman sitting in an editorial chair.” If the authoritative, opinionated editor was falling out of favor, the new focus on fact-based reports brought increased respect for the reporter, generally represented as a masculine adventurer ready to brave a fire or a riot to bring back the story.

Not everyone appreciated the focus on facts. Writing in the Atlantic Monthly in 1891, W.J. Stillman, an old-guard journalist and historian, complained about journalism’s shift from discussing “the questions and answers of contemporary life” to merely “collecting, condensing, and assimilating the trivialities of the entire human existence.”

Forde and Foss write that Stillman had a point, and that random collections of facts are of no particular value. Inevitably, reporters and editors must choose which facts to present, and how to present them. And analysis from a particular point of view may help news consumers understand what to make of the facts they’re handed. Ultimately, they suggest, all journalism involves some kind of mix of fact and opinion.