One of the sharpest female journalists of Britain’s Victorian era, Eastlake considered Jane Eyre an exercise in rudeness and vulgarity. 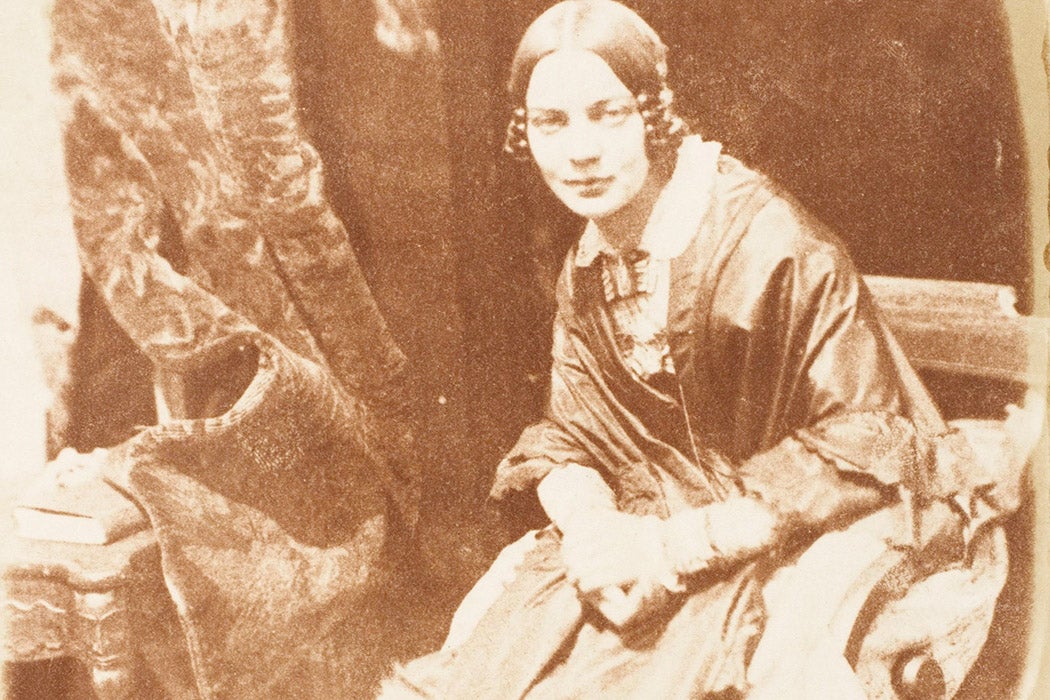 “It is a very remarkable book: we have no remembrance of another combining such genuine power with such horrid taste. Both together have equally assisted to gain the great popularity it has enjoyed; for in these days of extravagant adoration of all that bears the stamp of novelty and originality, sheer rudeness and vulgarity have come in for a most mistaken worship.”

One would think that the reviewer responsible for these lines was attacking one of the most aberrant, grotesque, and poorly written novels of all time. However, the book of “sheer rudeness and vulgarity” was actually Charlotte Bronte’s Jane Eyre. This searing criticism, published in the Quarterly Review in 1849, spilled from the iron pen of one of the sharpest female journalists of the Victorian era in Britain, the future Lady Elizabeth Rigby Eastlake.

Born on November 17, 1809, Elizabeth Rigby was trained from a young age to participate in the humanities: not as a bystander, but as a contributor. Born into an intellectually inquisitive, upper-middle-class family in Norwich, Rigby was well educated and resolved to live by her pen. In the early nineteenth century, there were only a handful of respectable “careers” to which a woman of her social status could aspire, and writing was one of them. According to literature scholar Barbara Korte, Rigby—not yet a married woman with a husband to rely upon for steady income—was clever enough to first break into the market with a popular medium, women’s travel guides:

Awareness of the variety of women’s travel, even in the early phase of Queen Victoria’s reign, emerges, for instance, from a review of recent books by “Lady Travellers” in the Quarterly Review (1845). Its author, Elizabeth Rigby, herself a published travel writer (Letters from the Shores of the Baltic, 1842), distinguishes several classes of travel-writing sisters, from ladies residing abroad for a longer period, to those with enough money for “wanderings of great length, undertaken solely for pleasure and curiosity.”

Rigby’s early writings were such a success that the Quarterly Review’s editor, John Gibson Lockhart, hired her as a regular staff writer. She was perfectly suited as a reviewer who wouldn’t cave to public opinion and pressure.

And she certainly didn’t. When Jane Eyre was published in 1847 by Smith, Elder & Co. of London, under the mysterious male pseudonym of Currer Bell, it was a runaway success, provoking conversations all over Britain about its daring plotline, interrogation of class boundaries, and original first-person narration. But cynicism caught up with it in the form of Rigby’s disapproval. Though she suspected the author—writing under the pseudonym “Currer Bell”—was male, she entertained the possibility the book was actually written by a woman. In her eyes, this would only make its offensive content worse. She was conservative by nature and believed a woman who could write about an extramarital love affair with such ease had to be especially depraved.

She held the firm point of view that technology had no place among the fine arts, arguing that some standard of tradition had to be upheld.

“For if we ascribe the book to the woman at all,” she suggests in her review, “we have no alternative but to ascribe it to one who has, for some sufficient reasons, long forfeited the society of her own sex.”

The Quarterly Review had no qualms about publishing reviews that were politically and religiously biased to an undiplomatic degree. And Rigby’s reputation as a critic was so solidly established that she had no reason to fear backlash or a plummet in her career. Engaged (and soon wed) to Sir Charles Lock Eastlake, who had unshakeable footing in the art world as a collector and writer himself, offered more social safety, which was fortunate, as her outspoken dislike of popular culture didn’t stop at Jane Eyre. For example, she didn’t consider photography a true art. Her controversial 1857 essay “Photography” judged the medium to be merely “a household word and a household want.” She held the firm point of view that technology had no place among the fine arts, arguing that some standard of tradition had to be upheld. The business of photography was “to give evidence of facts, as minutely and as impartially as, to our shame, only an unreasoning machine can give.” It contributed nought to “that mystery called Art.”

Utterly fearless and confident in her merits as a writer, Eastlake also waged literary war with one of the leading art critics of the time, John Ruskin (1819–1900). Ruskin’s critical career opened with a defense of the controversial painter J. M. W. Turner; the book would become the first volume of his soon-to-be-canonical Modern Painters (1843–1860). In his prime, Ruskin was considered a nearly invincible authority in the art world. But Eastlake, even though writing at a time when women’s voices carried less weight in the fields of high art, had the courage to disagree with him.

Scholar of Victorian literature Adele M. Ernstrom investigates Eastlake’s critique of Modern Painters, concluding that she was generally unimpressed with Ruskin’s arrogance on the matter of what constitutes authenticity in an artist’s career. “In her [1856] review,” Ernstrom writes, Eastlake

bypasses the problematic status of ideas presented in Modern Painters III: what, she might have asked, could be the conceptual content of “ideas of truth” evoked by Ruskin as somehow contained or inherent in already given “facts?” Eastlake’s text engages instead with Ruskin’s insistence on the nullity of the painter’s language except in its instrumental function as a vehicle of thought. […] Her thesis is that the only way to determine the ultimate value of art is by identifying “those qualities which no other art but itself can express, and which are therefore to be considered as proper [her emphasis] to it.”

But Eastlake also opposed Ruskin on a personal level. She was closely allied with Ruskin’s mistreated wife, Euphemia “Effie” Gray, and was a loyal supporter in Gray’s campaign to obtain an annulment. For all her biting criticism of other women, Eastlake was also capable of being another woman’s guardian angel.

In 2014, Emma Thompson wrote and acted in Effie Gray, a film based on the disastrous marriage of Ruskin and Gray. Thompson played Eastlake in the feature, the only depiction of the writer in film to date. In Thompson’s formulation, Eastlake’s role as a pioneering female columnist in the art world was eclipsed by her position as Effie Gray’s best friend and confidante. The focus was on Effie, and any feminist themes were regulated to the subject of divorce rights. Eastlake’s intellectual accomplishments were scarcely mentioned in the script. In an ironic twist, John Ruskin was played by Thompson’s real-life husband Greg Wise. One can only imagine the scathing review Eastlake would pen about Effie Gray, being fond neither of lens-based art nor Ruskin. But she died in 1893, and the Quarterly Review stopped publication in 1967. We’ll never know her—perhaps contradictory—thoughts on the matter. 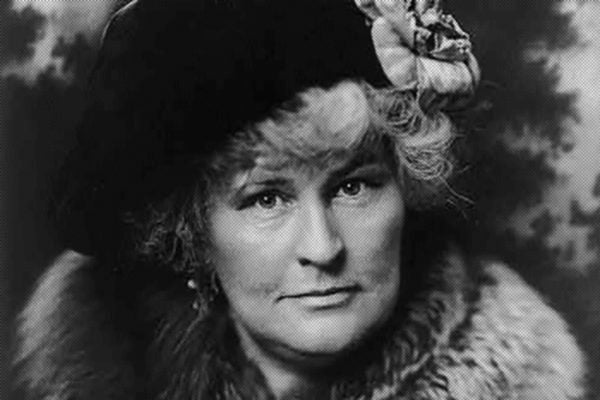