By dispatching women tennis players on world tours, the US Department of State hoped to garner approval for the American way of life. 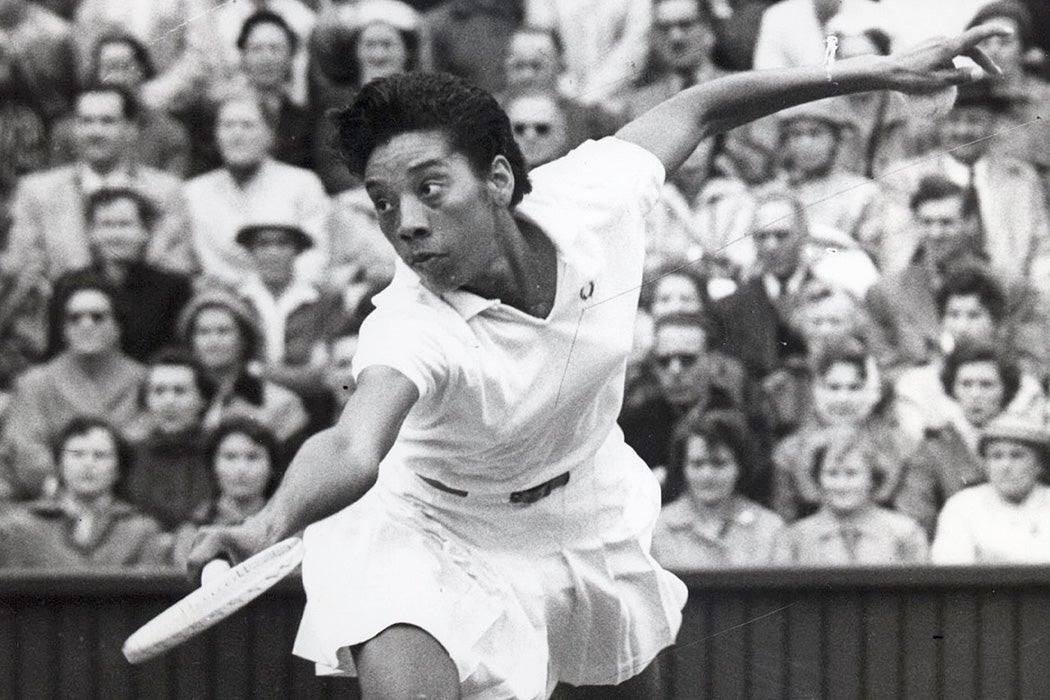 In 1956, the US Department of State launched the Jazz Ambassadors program, a goodwill tour around the globe featuring some of the top jazz artists of the day. The hope was that these multiracial tours would quiet the talk about the lack of racial harmony in the country. As notable as this program was, it wasn’t the country’s first attempt at citizen-led goodwill.

As sports historian Ashley Brown writes, “Myriad women were sponsored as goodwill ambassadors … Their tours were concurrent with and sometimes preceded those of better-known men.” Through a program running from 1941–1959, the US government sent women tennis players on international tours to “portray the achievements of American women, the opportunities available to them, and gender and racial equality in American life.”

Tennis was seen as a perfect vehicle, Brown notes, since “female tennis players were admired as the most feminine and ladylike of sportswomen.”

The main purposes of Cold War goodwill tours were to advance ideas of American strengths and to dispel rumors of its shortcomings. Tennis was seen as a perfect vehicle, Brown notes, since “female tennis players were admired as the most feminine and ladylike of sportswomen.”

From its origins with sixteenth-century European royalty, to its growth among the Gilded Age American upper-class, tennis maintained an air of sophistication. With women’s participation, more sexualized perceptions of the players—emphasized by the media—converged with this history. “Assumptions of a higher level of womanliness fueled fantasies of players’ sexual availability,” writes Brown.

The government was more than happy to use this “virtuous-vixen dichotomy,” building on a World War II version of diplomacy-through-tennis that “relied on the image of the desirable female tennis player to lift the spirits of—and even arouse—male soldiers.” This approach ran the risk of women being perceived as too fit for and too good at their sport, however. Once seen in person, some athletes faced criticism for not being desirable enough.

For instance, the press took exception to the play and physique of Alice Marble, who traveled on a domestic tennis tour beginning in 1941 to promote physical fitness for women as a way to support the war on the home front. Life magazine lamented Marble’s body (“too long and muscular”) and complained about her aggressive style of play, noting that she hit ball “harder than most men do.” Marble and other women athletes were subjected to “skepticism, fear, and ridicule [and] provoked anxieties that they were lesbians who sought to disrupt the established gender hierarchy,” Brown writes. But despite these prejudices toward women athletes, their looks and athleticism could still be harnessed and “remained as the featured attractions … to influence global public opinion about the United States.”

In many places around the world, tennis stood out among sports as an acceptable game for women, and requests for visits by US tennis players—particularly women—were rapidly coming into the State Department. The State Department was happy to oblige, sending American athletes to hold exhibition matches and workshops “to promote an understanding of the United States which can be appreciated by many thousands.”

Though the program may have purported shown strides for all American women, with its all-white lineup, the tour mainly presented an image of white womanhood. Adding a Black player in 1955, in this case Althea Gibson, served to ease any “doubts as to the sincerity and strength of our professions of concern for the welfare of others, particularly the non-white world.”

Gibson was a perfect choice. She’d integrated the sport at both Forest Hills and Wimbledon, as well as winning tournaments sponsored by the Black-led American Tennis Association. The treatment of Black Americans was becoming a talking point for communist propaganda, and Gibson represented “the tennis player who could most effectively change diminishing perceptions of American democracy.”

These athletes, including Gibson, walked a fine line, Brown explains. They needed to be strong, but not too strong. Athletic, but not masculine. Fiercely competitive, yet acceptably feminine. Add in the pressures of racial stereotypes, and as Brown suggests, the toughest competition may have been “compet[ing] against the hegemony of gender.” 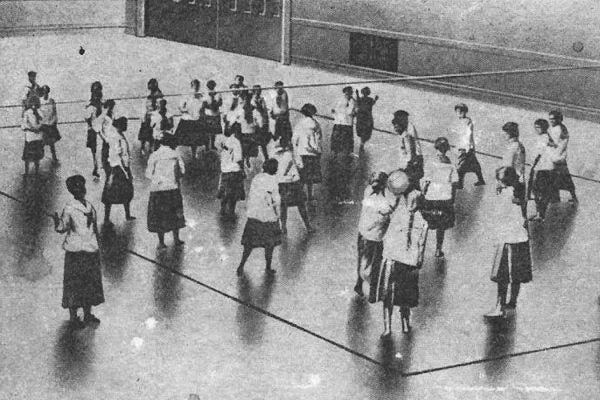 Clara Gregory Baer and the “Lost” Sport of Newcomb Ball

The sport of Newcomb ball was created by Clara Gregory Baer two years before volleyball. Now forgotten, it's a good bet it lives on in the gyms and beach courts of today.