Remembering Emmett Till in Song

The murder of Emmett Till has been memorialized in song by such artists as Langston Hughes and Bob Dylan. 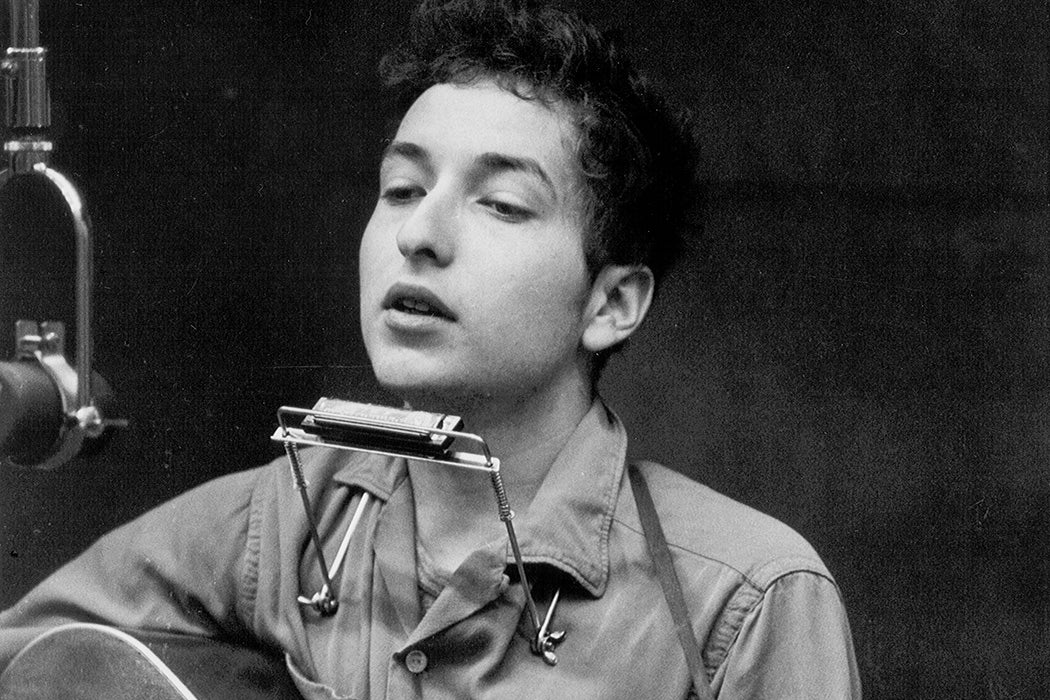 “Let the people see what they did to my boy.” Emmett Till had been beaten. He’d been shot. He’d been drowned. And when his body was returned to his mother, Mamie, she said those words, and chose an open casket so that the world could see. Till, a 14-year-old Black boy, was murdered in August of 1955 in the town of Money, Mississippi. Originally from Chicago, Till was in Money to visit relatives, and was accused of whistling at a white woman, a crime that in Jim Crow America couldn’t go unpunished. Later that night, Till was kidnapped at gunpoint and was taken to a barn where he endured a brutal beating before being shot, weighed down with a 75-pound cotton gin fan, and thrown in the river.

Mamie’s insistence on the world not looking away was a form of protest nestled inside of immense grief. The photographs of Emmett’s body, followed by “the subsequent sham trial were a catalyst for the Civil Rights Movement,” argues writer Philip C. Kolin. Till’s murder “has haunted the American imagination,” Kolin writes. How do we remember something so brutal, something so painful? Musical artists have used their art as a form of remembrance. As Kolin explains, “Songs about Emmett Till reveal much about how we remember the Civil Rights Movement … these songs illustrate how cultural memory works to shape and even reshape history.”

The songs were sung at marches to “raise awareness about the horrors of racism in the South.”

The first songs that honored Till’s memory were folk songs written soon after the murder trial, Kolin explains. These songs were used as a way to honor him, but also served as an important part of the civil rights movement. The songs were sung at marches to “raise awareness about the horrors of racism in the South.” One of the earliest, “The Money, Mississippi Blues,” was written by Langston Hughes and composer Jobe Huntley. The song rippled with anger and sadness, “Tears and blood [fall] like rain/in Money, Mississippi.”

One month later, poet Aaron Kramer and composer Clyde R. Appleton released “Blues for Emmett Till.” Like the earlier song, it was filled with anger, but it also pointed to the injustices of the trial— a trial with an all-white, all-male jury that deliberated for just an hour before declaring the defendants not guilty, “Jury knows who killed him—knows the place and time/Jury knows just who killed him, that terrible midnite time” This song, Kolin points out, “challenged listeners to think about racial injustice in Eisenhower’s America.” In December of 1955, a third song, “The Death of Emmett Till,” was composed by choral director and NAACP worker Mrs. A. C. Bilbrew.

Perhaps the most famous of the musical tributes to Till was Bob Dylan’s “The Death of Emmett Till” recorded in 1962. Like the earlier songs, Dylan’s was part performance, part activism, and he first performed it at a benefit for the Congress on Racial Equality. But Till’s story hasn’t been left in the past, Kolin notes, “several independent artists and groups composed and recorded powerfully charged protest songs about him, his mother and uncle, his assailants, and especially the state of Mississippi.”

Genres from jazz to hip-hop have invoked Till’s murder, throughout the years, and as Kolin writes, “there is no telling where and how cultural memory will represent him in music in the future.” 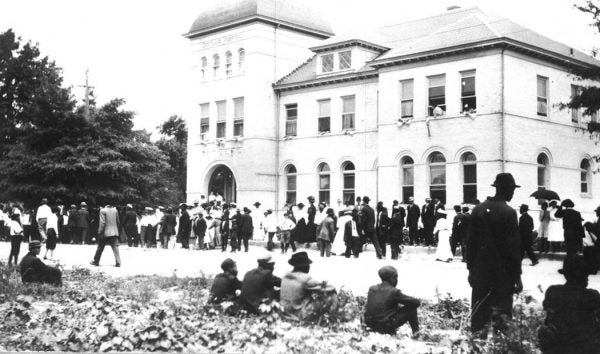 In 1898, a North Carolina newspaper cartoonist weaponized white fears and tropes of Black predation to stoke a coup d'etat.