In 1898, a North Carolina newspaper cartoonist weaponized white fears and tropes of Black predation to stoke a coup d’etat. 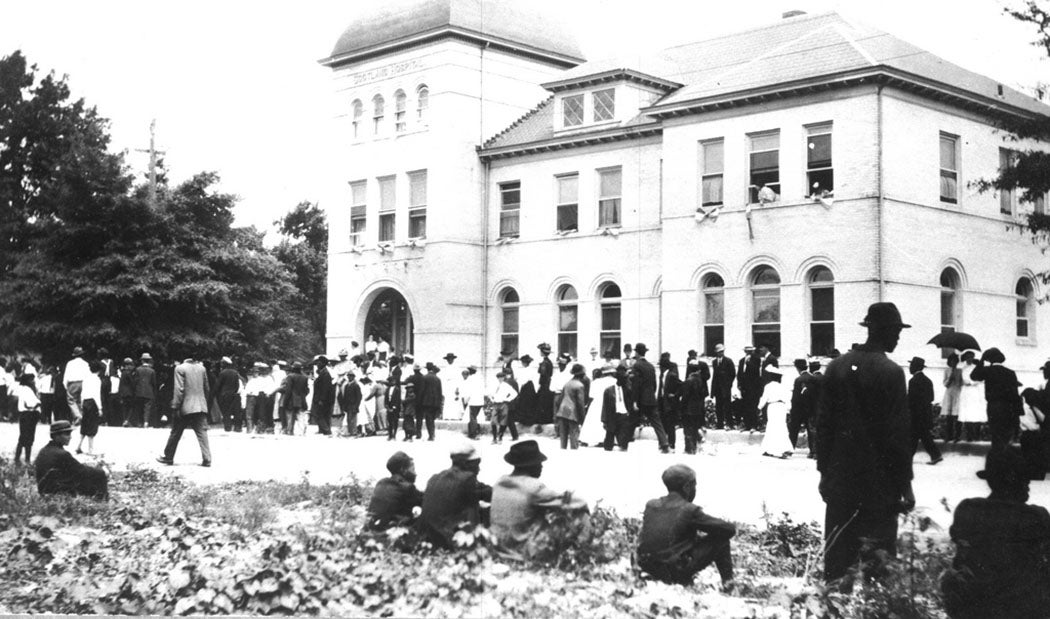 The end of the "White Man's Rally" on November 1, 1898 in Wilmington, NC
via Wikimedia Commons
By: Nora McGreevy
3 minutes
Share Tweet Email Print

When a mob bent on insurrection stormed the U.S. Capitol on January 6, 2021, some onlookers labeled the event “unprecedented.”

But the United States has witnessed coups d’etat before—both attempted and successful—within its borders. In 1898, white supremacists in Wilmington, North Carolina, engineered an overthrow of the city government and killed at least sixty Black townspeople. The morning of the massacre, Democratic Congressman Alfred Waddell stood in front of an audience of white men at the county courthouse and read from what would soon be termed the “White Declaration of Independence,” which called for an end to “Negro rule.”

White Democrats in Wilmington had planned to overthrow their Reconstruction-era Republican leaders for months.

White Democrats in Wilmington had planned to overthrow their Reconstruction-era Republican leaders for months. As scholar and artist Rachel Marie-Crane Williams writes, these men used editorial cartoons to stoke racist violence against Wilmington’s Black residents. Similar to how white-supremacist Internet culture fueled the January 6 mob, these 1898 newspaper cartoons “constructed political meaning and, to some extent, social reality for readers.”

Josephus Daniels, editor of the News and Observer, which circulated widely in eastern North Carolina, hired cartoonist Norman Ethre Jennett to produce seventy-five editorial cartoons to stoke fears about Wilmington’s Black citizens between August and November of 1898. Together, Jennett and Daniels created a racist propaganda campaign to “create a rape scare, demonize and humiliate Black men and women, spread a violent white supremacist ideology and reclaim the North Carolina Legislature for the Democratic Party,” according to Williams.

In one cartoon Jennett drew a leering, winged creature emerging from a ballot box and swooping over the landscape with “Negro Rule” written across its wings, identified by the caption: “The Vampire That Hovers Over North Carolina.” Other panels depicted Black office holders in the city, such as Lee Person, as “incompetent buffoons,” Williams notes.

Jennett also cannily triggered white men’s twin patriarchal and racial fears, raising the specter of miscegenation and tugging at what historian Glenda Gilmore calls their “racialized manhood.” In one panel, a white woman dressed in stars and stripes weeps, with a black ball-and-chain attached to her foot reading “NEGRO RULE.” “On the 8th of November these shackles will be broken,” the caption declares. Jim Young, a Black politician active in state politics, appears in some panels as a predator that preys on vulnerable white women.

Other cartoons took aim at white leaders, such as one showing A. E. Holton, the chairman of the Republican Party, and Cyrus Thompson, the chairman of the populist People’s Party, snuggled on a park bench as a newly married couple—a dig at the leaders’ sexuality and a suggestion that by “betraying” their racial interests, these men also betrayed their masculinity.

Daniels’s propaganda campaign succeeded: The 1898 massacre shattered Wilmington’s once-thriving middle-class Black community, forced most Black residents of Wilmington to flee, and instituted white supremacist rule in the city. (The city had been majority-Black before the coup; by the time of the 1900 census, most of its citizens were white.)

Jennett, for his part, went on to a successful career as an illustrator in New York, where racist tropes popped up in his works with less frequency over time. Like the men who plotted the coup, Williams concludes, this cartoonist’s legacy “is intertwined with the lynching of an undetermined number of African Americans and the beginning of the Jim Crow era in North Carolina.” 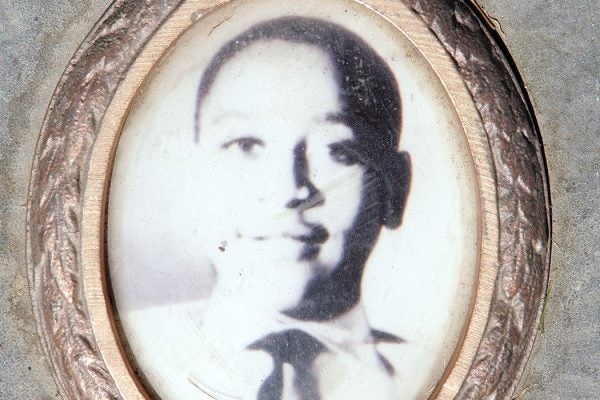 Emmett Till was a boy of fourteen when he was lynched in Mississippi. The press would influence public opinion, and the outcome of the trial.