Plant of the Month: Poplar 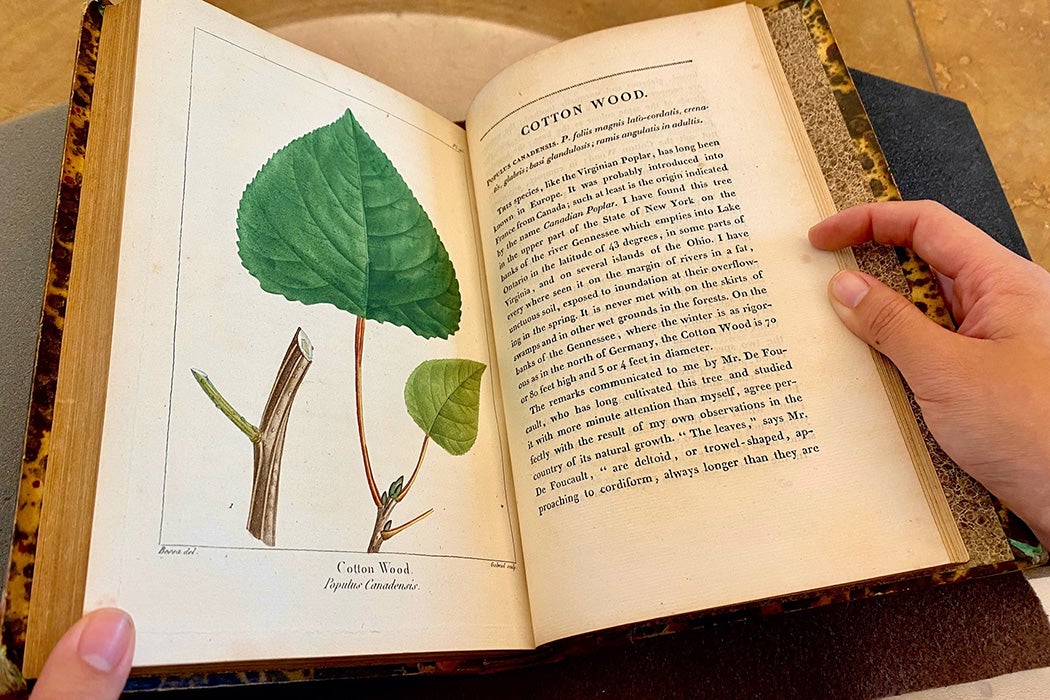 The return of spring often brings great anticipation for ethereal blossoms of all varieties, but for many herbalists and modern witches on Instagram and TikTok, their vernal excitement accompanies the emergence of the little nubs of poplar buds. Commonly misidentified as “Balm of Gilead” after the storied biblical substance, the resin on the buds is extracted to brew tinctures and infuse oils purported to soothe aches and inflammations. Descended from past herbal remedies of tacamahac and unguentum populeum, these treatments offer relief via the naturally occurring salicin found in the bark and buds of many members of the Salicaceae family (as true poplars are), which also provide the active compound in aspirin.

Brewing the buds is just one element of myriad North American Indigenous uses for poplars.

The common name of “poplar” in the United States might evoke the fast-growing and sometimes disdained tulip poplar—also known as yellow poplar or tulip tree—but that tree belongs to the Liriodendron genus rather than the Populus genus of “true” poplars. True poplars are also commonly called poplars, cottonwoods, or aspens and belong to the Salicaceae family that also includes willows. True poplars tend to thrive in wet environments like riverbanks and are native throughout the northern hemisphere, notably: the Lombardy or black poplar (P. nigra), native to Europe and Western Asia; eastern cottonwood (P. deltoides), native to eastern North America; and black cottonwood (P. trichocarpa), native to the western US. The largest organism on earth, known as Pando, is a trembling aspen (P. tremuloides) that has reproduced clonally from one seed, which is how the singular organism has grown and lived for so long. Species in the Populus genus have a natural proclivity to hybridize with one another, which, combined with the assortment of common names, can make tracing the history of the trees across centuries challenging. It also makes them prime candidates for genetic modification for targeted scientific purposes.

The ubiquity, variety, and relatively short lifespan (around 150 years) of poplars has not always made them the most enchanting of trees in the plant kingdom, but they have played a supporting role in medicine, agriculture, and the arts since antiquity. Brewing the buds is just one element of myriad North American Indigenous uses for poplars. The ethnobotanist Erna Gunther, in Ethnobotany of Western Washington, records the Squaxin boiling the bark of P. trichocarpa “for a gargle to cure a sore throat” and soaking the bruised leaves in water as an antiseptic on cuts; the Klallam using the buds for an eye wash; and the Quinault using the “bark at the surface of the ground to make an infusion for the relief of tuberculosis.” Noted ethnobiologist Nancy J. Turner has found names for P. balsamifera (commonly known as balsam poplar) in more than fifty Indigenous languages and major dialects of northwestern North America, a testament to its ubiquity and versatility as medicine, fuel, canoe material, and even as food (the inner bark).

European mentions of poplars stretch back into antiquity, typically referring to white poplars (P. alba) and black or Lombardy poplars. White poplars were associated with Hercules because of the stark contrast between the two sides of the leaf—one side darkened by the heat of Hades and the other side bleached silver by his sweat while performing his fabled labors. The earliest European mentions of its medicinal uses appear to be in Hieronymous Bock’s Kreüterbuch (1565) and John Gerard’s Herball (1597), where, in addition to uses including treatment for sciatica, gout, and ear pain, Gerard reports that “the same barke is also reported to make a woman barren, if it be drunke with the kidney of a Mule” and that the “trembling” name is “after the French name, considering it is the matter whereof womens toongs were made […] which seldome cease wagging.”

Poplars, notable for their rapid growth and rather vertical architecture, were frequently planted as windbreaks. “Like ambition its one desire seems to be to excel its fellows and flaunt in the breeze far above their heads,” wrote the turn-of-the-century botanist Charles Henry Wilson. “Like sentinels they stand and dare both the laws of gravity and the fury of storms.” When planted in a row, this growth habit can create a striking allée effect or points of interest in an open landscape—Claude Monet was so struck by one such planting by the Epte River that he devoted a series of paintings to studying the play of light and shadows on the grove across several seasons, going so far as to purchase the row of trees when they were in danger of being cleared before he had finished memorializing them.

On top of its traditional uses and storied significance, species like black cottonwoods are often among the first to emerge following an ecological disruption and one of the keystone species of North America’s native ecosystems. In Bringing Nature Home, Douglas Tallamy places poplars among the top woody plants for supporting butterflies and moths, estimated at over 360 species. Recent research shows poplars could play an even more targeted role in ecological restoration, cleaning up after human-made contamination. Plant-based cleanups, or phytotechnologies, are hailed as a relatively inexpensive, renewable, and ecologically friendly way to remediate these sites. According to PHYTO, the textbook on using plants in remediative landscape design by landscape architects Niall Kirkwood and Kate Kennen, “plant-based cleanup methods can be as little as 3% of the cost of traditional cleanup costs.”

Trees like poplars can be used in what Kirkwood and Kennen call a “groundwater migration tree stand,” where the trees “modify the groundwater hydrology and keep contaminants from migrating.” These stands are commonly used for contaminants like trichloroethylene (TCE) and polychloroethlyene (PCE) that accompany military and industrial sites and are common dry-cleaning contaminants; petroleum at gas stations and refineries; and an overabundance of nutrients like nitrogen. They report poplar species including eastern cottonwood (P. deltoides) and trembling aspen (P. tremuloides) as notable remediative plants for their high biomass, fast growth, and—most importantly for capturing contaminants—deep tap roots and high evapotranspiration rates. With their groundwater-seeking roots, the trees can intercept contaminated water or be planted to draw groundwater away from a contaminant plume. High rates of evapotranspiration—the process by which water departs from the plant via the foliage—means the plant will move the water quickly, and hybrid poplars (along with fellow Salicaceae family member willows) are particularly adept at this.

As the effects of human-made environmental devastation accumulate, whether due to extractive agriculture, chemical industry, or fossil fuel consumption, professionals and amateurs eager to restore ecosystems are (re)turning to new and traditional uses of poplars. The ubiquity and promise of the trees’ products, whether as timber or buds or in a designed landscape, can obscure the trees’ long Indigenous histories in North America. The Plant Humanities Initiative at Dumbarton Oaks researches and narrates the overlapping histories of plants like poplars to convey the extraordinary significance of plants to humans and sustaining ecosystems. 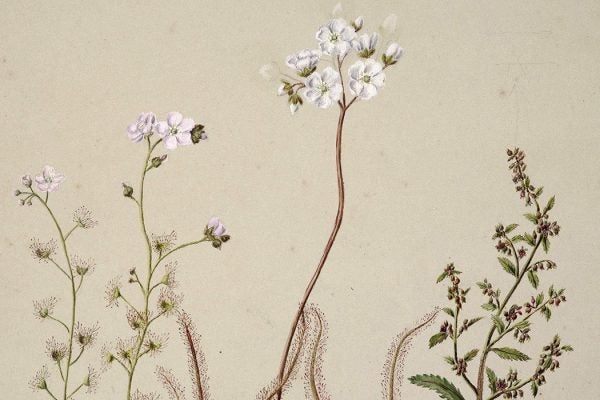