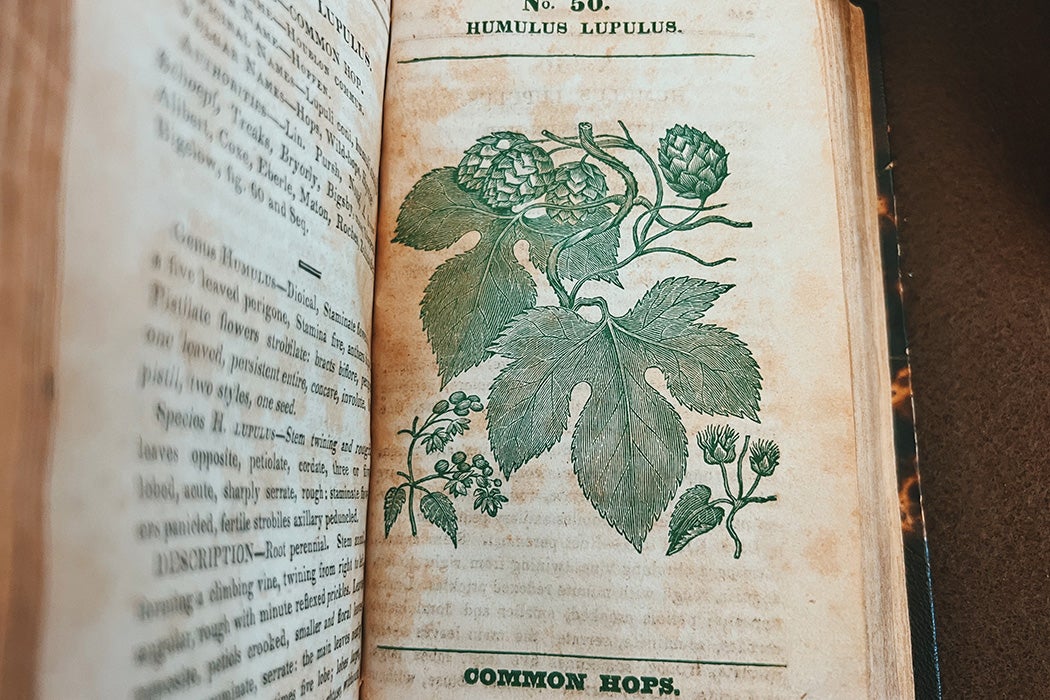 The United States is undergoing a craft beer renaissance. As The Atlantic notes, “Between 2008 and 2016, the number of brewery establishments expanded by a factor of six, and the number of brewery workers grew by 120 percent.” These breweries tend to produce IPA-style, bitter beers by using ample hops, a flower from the Humulus lupulus vine.

These hoppy drinks have found themselves at the center of a larger “gender and race reckoning” within the craft beer industry, which continues to be dominated by white men and filled with explicit instances of sexism and racism. As sociologists Nathaniel Chapman and David Brunsma argued in a recent book, “the history of beer and brewing in the US has been racialized and is, in fact, racist—distributing opportunities and cultures centered in whiteness and white supremacy in the beer industry.”

By focusing on hops, a main flavoring agent of many beers, a set of histories emerge that show how the “whiteness” of beer was constructed through “settler imperatives of expansion and racial capitalist logic.” It also crucially shows how marginalized communities in the United States have historically used hops and beer-brewing to their own ends amidst this violent dispossession and oppression.

Scholars have demonstrated how “Greeks used hops only as a salad plant,” and that “in the past, many ills of man were treated by physicians with prescriptions of hops.”

First: what exactly are hops? The word hops, as historian Peter Kopp has detailed, refers to “both a plant in the Cannabaceae family (with its closest cousin being cannabis) and its cones.” The hops that many of us associate with beer is actually one of three species of the plant; this “common hop” is a deep-rooted perennial plant native to both Eurasia and North America.

Hops have been in use for millennia. While the written record is somewhat unclear as to the earliest use of hops, it’s clear that they historically were not simply an additive for beer. Scholars have demonstrated how “Greeks used hops only as a salad plant,” and that “in the past, many ills of man were treated by physicians with prescriptions of hops to be consumed green or in various liquid concoctions.”

By the eighth century AD, hops began to be added to beer, replacing previous flavor additives like moss, dandelion, and juniper. Hops rose in popularity at this time because bitterness of hops “help[ed] balance the sweetness of malted grains,” as Kopp has pointed to, and the resins of the plant acted as a preservative for beers. At first, Western European beermakers didn’t cultivate the plant, foraging for it instead. It’s unclear exactly when hops began to be cultivated in Europe expressly for beer. But, as Kopp writes, “By the end of the ninth century, hop growing for the purpose of beermaking expanded from Bavaria to Bohemia (in the present-day Czech Republic), Slovenia, France and other temperate regions of continental Europe.”

England became in turn a center for hops cultivation, growing over seventy thousand acres of the crop by 1885. Hops cultivation in Britain was deeply tied to national identity: one 1729 horticultural manual held by Dumbarton Oaks Library argues that, “considering the small Space of Ground [hops] tak[e] up, in comparison to other Plants, and small Expence of planting, the prodigious Profit to the Proportion, and the great Advantage it brings to the Crown of Great Britain, is well worth our consideration.”

European imperialism spread hops around the globe in what scholar Michael A. Tomlan calls the “hop diaspora.” As early as 1620, English Puritan settlers in Plymouth Colony began cultivating hops. With the advent of industrial agriculture, hops transformed from household plots into large commercial operations and spread across the country. By the mid-nineteenth century, this industry coalesced in the Pacific Northwest, in part a reaction to the rise of pests and diseases impacting crop yields in the East Coast and Midwest as well as the scars left by Prohibition. Soon, growers residing in Oregon would allege that the region was the “Hop Center of the World,” spanning 34,000 acres by the 1930s.

This industry, as Megan A. Carney has shown, was based on both the “violence of westward expansion as well as the central role of Native people in hops production,” among other marginalized groups. While early growers in the Northeast tended to employ white women, “because most men could not leave their farms or factory jobs for the entire harvest season,” by the time hop-growing became established on the West Coast white women “found themselves at a marked disadvantage as pickers, for they often became the center of attention.” As Michael Tomlan details,, Indigenous communities were “invariably preferred by growers” especially in the Pacific Northwest because they were understood as trustworthy and able to “pic[k] cleanly.” In other locales such as California, Chinese communities were employed on hop farms as “they were willing to pick for considerably less” than either white Americans or Indigenous peoples. Tomlan notes that in 1891 in Mendocino, Chinese laborers received $.90 per hundred pounds of hops, as compared to $1.00 paid to Indigenous pickers and $1.10 to white pickers.

In addition to rampant wage discrimination, Indigenous and Chinese workers faced ample labor abuses. Journalist Putsata Reang has shown how, in one case, more than 50 Chinese hop pickers in Butteville were “rounded up by seventy-five white men and forced onto the steamship Toledo [and] shipped back to their homes in Portland and warned not to return.” Racial oppression was enshrined in law in many cases: Oregon’s constitution of 1859 banned any “Chinaman” from owning property, and, in 1923, the state passed a law making owning property a right only for citizens. In a 1982 oral history, Ming Kee, who was born into a Chinese hop-growing family, describes the consequences of these laws: “You farm all these years and […] you’re not able to own your own farm and you’re paying a quarter [of profits] rent…. You’re just working for the other fellas.” The low wages paid to both Indigenous and Chinese pickers created “a system that resembled debt peonage,” with pickers in a “state of perpetual debt.”

In spite of these horrid labor conditions, both Chinese and Indigenous laborers used hop picking to exercise agency and autonomy. Historian William Bauer has demonstrated that in the Pacific Slope hop industry, Indigenous hop growers used their work in the hops fields as a means “to assume control over their economies.” Indigenous communities often pooled their stable wages from hop picking to assert autonomy “over their day-to-day lives” and reclaim tracts of land. Furthermore, hop picking was used as a tool “to sustain kinship and family relationships”—at a time when US officials attempted to control the sexual practices of Indigenous communities, hop-picking “provided Native men and women the freedom to engage in sexual activity beyond the agent’s view.” Indigenous leaders at times successfully argued that their children could not be sent to off-reservation boarding schools as they were working in the hops field.

Chinese workers also used hops to attain social mobility, despite the ample racism, discrimination, and abuse. Although some state laws prohibited Chinese people from owning property, there are records of Chinese families owning land to farm hops. Reang recalls how one man, Hop Lee, purchased land from a white farmer who used to be his employer—and eventually “purchased more than six hundred acres of farmland in the early 1900s” on which he cultivated hops.

The bitterness of hops was thus reflected in the bitterness of the labor structures, a relationship that continues today. Carney powerfully details the way migrant workers in the Yakima hops industry are “relegated to the margins of local social and cultural life [and] rarely, if ever, achieve social mobility in the industry.”  It’s crucial to also remember the way these oppressive conditions were and continue to be contested by laborers, such as in the Yakima Valley Hop Strikes of the 1970s in which “many Chicanos/as [used their] political organizing skills to combat farm worker exploitation.” These activists were successful in bargaining for higher wages.

Journalists have detailed how Black Americans made use of hops to produce their own brews: although there is little historical scholarship on the role of Black Americans in hops cultivation, it is clear that the “overwhelmingly white imagery of beer culture erases a much longer, far-reaching narrative, too.” This narrative is beginning to be reclaimed by groups like Harlem Hops, a craft brew bar in New York that has “taken up the mantle of reorienting the relationship between beer and Black America.”

As craft beer reckons with its oppressive history as well as discrimination in the present moment, it’s important to remember the long history of hops in the United States, particularly how various marginalized communities mobilized the plant to their own ends. The Plant Humanities Initiative at Dumbarton Oaks highlights the long and complicated histories of how marginalized communities used their encounters with plants like hops as a means to contest subjugation and exploitation, even as these plants were used to uphold settler colonial expansion.