Neutrality: Not All It’s Cracked Up To Be

While Sweden has claimed a position of neutrality for more than two centuries, its policy of non-alignment was somewhat ambiguous during the Cold War. 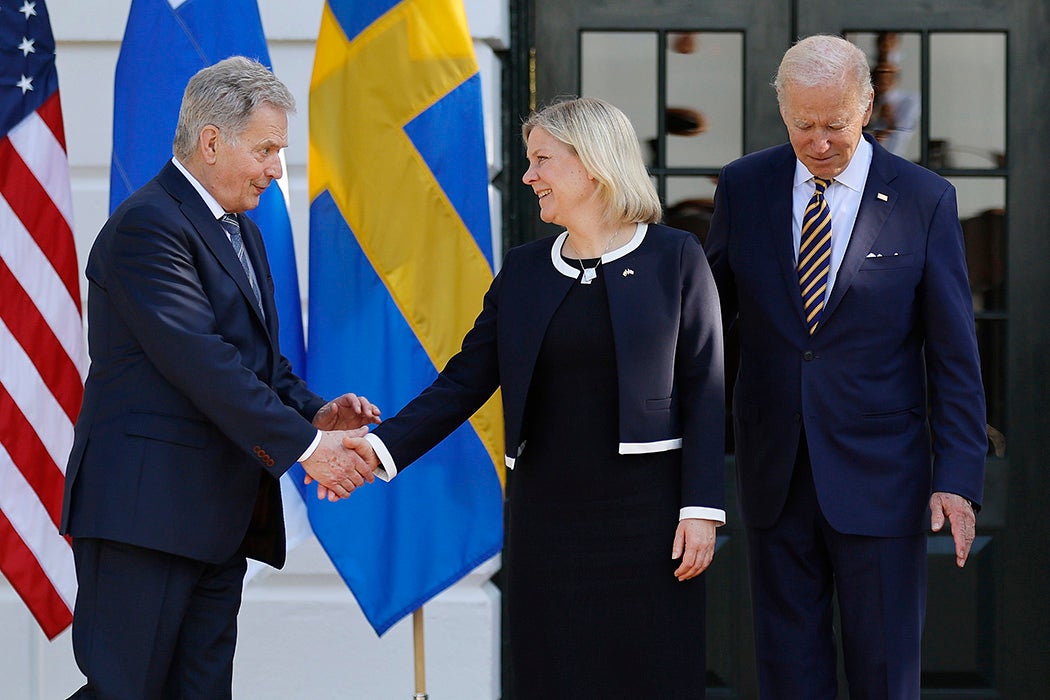 In the wake of Russia’s invasion of Ukraine, the historically non-aligned/neutral nations of Finland and Sweden have asked to join the North Atlantic Treaty Organization (NATO).

In the case of Sweden, the country’s policy of neutrality extends back to the end of the Napoleonic Wars; they celebrated two centuries of peace in 2014. But neutrality can be an ambiguous thing. During World War II, Sweden aided both the Axis and Allied efforts in various ways—and vital trade with the Nazis didn’t end until late 1944.

Scholar Mikael Nilsson shows that the policy of neutrality was also somewhat porous during the Cold War.

“The US could not let Sweden remain outside the western sphere of influence or slowly slip into the Soviet orbit,” he explains. “The US was dependent upon Sweden for the defense of NATO’s northern flank.”

After the end of World War II, American military planes had permission to use the Bromma Airport outside Stockholm. They even had their own control tower, staffed by American military personnel overseen by Swedes. Sweden joined the European Recovery Program—aka the Marshall Plan—in 1948 and participated in a trade embargo against Comecon countries (USSR and allies) during the Korean War. In 1952, Sweden became eligible to purchase arms from the US as part of the Mutual Defense Assistance Act.

There was a “peculiar flavor” to Sweden’s consent to use of its airspace by foreign military aircraft.

The Swedes also secretly shared intelligence and coordinated military preparations with NATO and its member states Norway, Denmark, the UK, and the US. In addition, Sweden acquiesced to the use of the Amber Nine international flight path over the southern part of the country by NATO planes, most of them American. Through the 1950s, Swedish airspace and airports were effectively part of NATO infrastructure, making Sweden a covert member of the NATO idea if not of the actual organization itself.

Nilsson stresses that, nevertheless, “Sweden’s policy of neutrality was a very real factor weighing in on everything that the Swedes did with the West during the cold war.” There was a “peculiar flavor” to Sweden’s consent to use of its airspace by foreign military aircraft. Diplomatic niceties had to be maintained.

Nilsson explains this as an example of hegemonic power: the US, as the primary driver of NATO, needed Sweden but couldn’t just command it as an old imperial power might. Sweden, meanwhile, tacitly consented to US hegemony in Western Europe. The US rewarded Sweden’s consent with modern weapons and the assumption that the US and NATO would come to Sweden’s assistance in war.

As Nilsson notes, there were NATO flights over Sweden with clearance, flights without clearance, flights with clearance for one route which took another, and so on. Protests, cables, expressions of regret, reprimands, and promises of investigation, all the ritualized minutia of diplomacy, were enacted. “Formal protests from the Swedish government were nothing more than payment of lip service to the official policy of neutrality.” Moreover, from the perspective of the Swedish government, “it was necessary to keep issuing individual clearances, since these provided a potential alibi that such overflights had not become institutionalized.”

Sweden’s ritualized protests and America’s ritualized assurances that such violations would not be repeated were “a kind of bizarre shadow boxing where the punches were actually thrown not at either of the two parties inside the ring, but at the bystander on the eastern stands.”

It isn’t known how aware the USSR actually was about all this, but Nilsson proposes that “the Soviets were not confident that Sweden would remain neutral in a future war.” In fact, he continues, Swedish neutrality in a future war didn’t seem “credible” to the US, either.

There are now 30 member states in NATO. New members must be accepted by all of them, and at present, Turkey, a member since 1952, opposes the bids of both Sweden and Finland.

Amber Nine: NATO's Secret Use of a Flight Path over Sweden and the Incorporation of Sweden in NATO's Infrastructure
By: Mikael Nilsson
Journal of Contemporary History, Vol. 44, No. 2 (April 2009), pp. 287–307
Sage Publications, Inc.