Napoleon didn’t like sitting for portraits, and yet artists and mass market prints helped cement his legendary status. 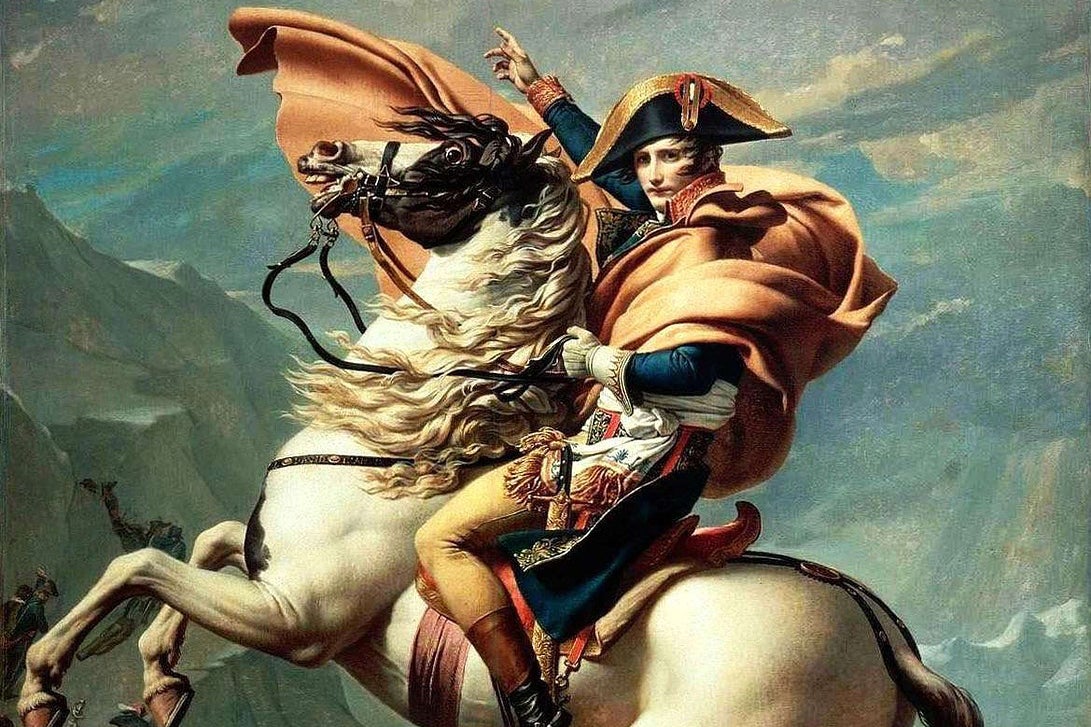 Corsican-born Napoleon Bonaparte, known for conquering much of Europe and crowning himself Emperor of the French, knew the importance of good iconography. Portraiture and propaganda were crucial elements of his life story, which began with his birth on August 15th, 1769. Napoleon was portrayed in different ways throughout the years, from the young, dashing Romantic to the fleshier majesty of Neoclassical glory. Antoine Gros, Jacques-Louis David, and Jean August Dominique Ingres all made indelible images of Napoleon that helped perpetuate his myth in his own lifetime.

These drawings and paintings still shape our idea of Napoleon, even though, as art historian Edgar Munhall makes clear, Napoleon did everything he could to avoid actually sitting for portraits. Each artist had to idealize their subject in their own way. Their model was too mercurial, with no time for posing for artists. Jacques-Louis David figured out his role early, saying “I shall slide into posterity in the shadow of my hero.” In 1804, David would be titled “First Painter of the Emperor.”

In his memoirs, Napoleon said he went up this mountain pass on a mule and slid down the other side on a sort of sleigh.

A look at David’s dramatic “Napoleon Crossing the Alps” may reveal why. There are actually five versions of this monumental painting showing Napoleon on a rearing horse, about to burst out of the frame and towering over his tiny soldiers. In his memoirs, Napoleon said he went up this mountain pass on a mule and slid down the other side on a sort of sleigh, but nobody remembers that. David’s Napoleon, pointing the way over the Great St Bernard Pass in a swirl of cloak, is what lasts.

Napoleon had lost control of his narrative by the time he was exiled on the remote island of Saint Helena. In fact, two weeks after Napoleon reached Saint Helena, prints purporting to show him there were being sold in London. This might not sound impressive today, but for October of 1815, it was something of a miracle. How did they do it?

The Royal Navy ship carrying Napoleon to his exile took sixty-nine days to reach its remote destination in the South Atlantic. Before the age of steam, lengthy sea voyages over such distances were the norm. There was simply no way an artist’s drawing of the ex-Emperor of the French could have made it back to London and been turned into plates and then mass-printed in a mere two weeks. Indeed, as scholar Marianne A. Yule reveals, these London prints were fake news.

What the London publisher did was re-work existing plates for prints that were first made in 1806 (pictured here). There was a vogue for exotic places then, and Saint Helena was one of the most distant places on the earth. Recycling these, the publisher added a Napoleon-like figure, based on the stereotype of what Napoleon looked like and what he wore.

The resulting new prints sold well. England remained obsessed with the defeated Emperor and there was a rush for all things Napoleonic. His exile was a topic of fevered discussion; he had, of course, escaped his first exile on the island on Elba. The bogey-like figure of “Boney,” threatening invasion across the Channel, had haunted the British imagination for years.

In reality the bored, portly Napoleon expired at the age of fifty-two on Saint Helena in 1821. His body was repatriated to France in 1840. Except for a few little bits and pieces, Napoleon Bonaparte’s remains are now contained in a Pharaonic sarcophagus in Paris. He is still an instantly recognizable figure nearly two centuries after his death thanks to dramatic paintings and mass market prints. 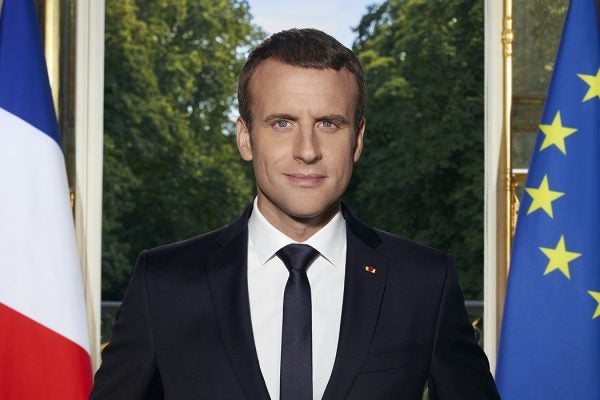 Official portraits have been a means of communicating intention and creating image throughout history. Consider three of France's iconic leaders.