Official portraits have been a means of communicating intention and creating image throughout history. Consider three of France’s iconic leaders. 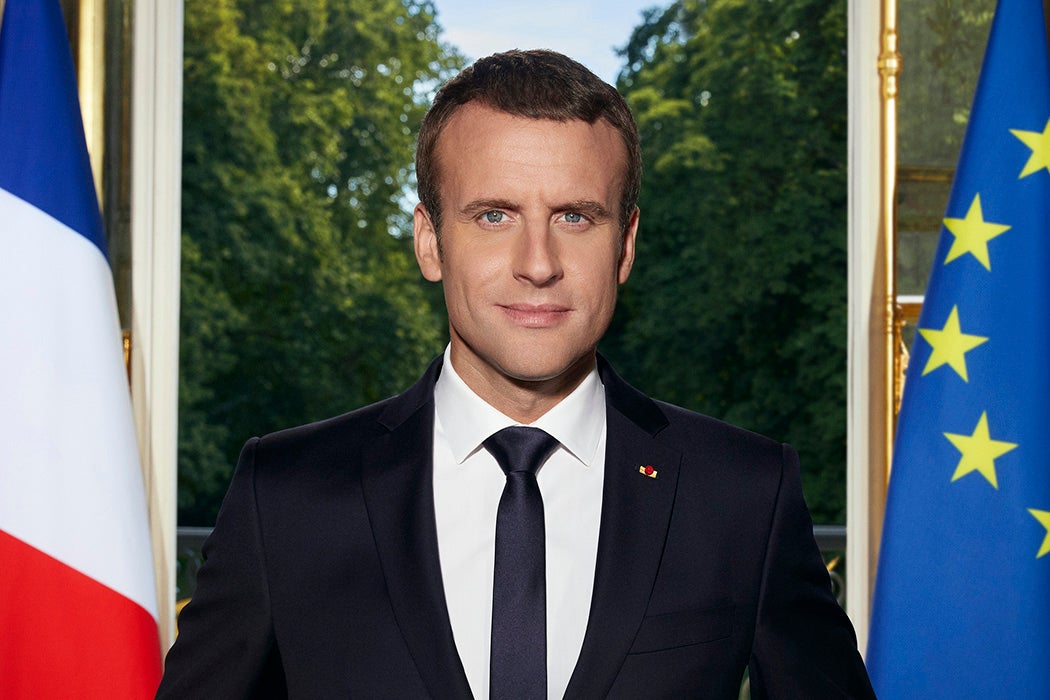 The way leaders appear in portraits has been a means of communicating intention and creating image throughout history. Consider three of France’s iconic leaders and the ways they chose to portray themselves.

Louis XIV, the king of France from 1643 until his death in 1715, loved dancing in ballets. He performed on stage for 22 years, interpreting more than 70 roles in 25 ballets, including the role of Jupiter in Molière and Lully’s Ballet de l’Impatience in 1661. The next year, he founded the Académie Royale de Danse, the first ballet school established in the Western world. Louis XIV’s dance training influenced the way he portrayed himself in his official portraits; when the Sun King wasn’t posing as Jupiter, the Roman god of gods, he appeared standing in one of the five positions of la belle danse.

It was Louis XIV’s dance master Pierre Beauchamp (1631 – 1705) who invented the five foot positions. Today we associate them with classical ballet. But during the reign of Louis XIV they were part of aristocratic social life. French dance masters moved across Europe and Mickaël Bouffard credits them with “making good manners in Europe uniform.” Full body portraits show just how ingrained the positions became. From Charles III of Spain to James II of England’s children, nobles often stood in one of the five positions in their portraits. When Louis XIV wasn’t posing as Jupiter (see Charles Poerson the elder’s 1652/3 Louis XIV vainquer de la Fronde), he was often standing in 4th position (featured in this portrait) because it, like Jupiter, symbolized authority and self confidence. The Sun King insisted that every detail show his glory, and he was not averse to raising taxes to pay for his own expenses, Versailles and its furnishings, or his war campaigns. France was strong during his reign, but within 75 years of his death, the French Revolution ended the world as he had known it.

Post-revolutionary France moved away from the five postures and other aristocratic methods of self presentation. Society now wanted to look “natural.” Jacques-Louis David’s famous 1812 portrait of Napoleon in his study, while not an official portrait, shows him standing contrapposto before his desk, knee bent and weight shifted onto one leg. There is also a clock behind him on the right, and the Napoleonic Code he has stayed up all night writing is on the table. It is more Prometheus the “suffering hero” than Jupiter. Whereas Jupiter was associated with the kings of the Ancien Régime, Prometheus was a divine being who defied Jupiter for the benefit of mankind — and suffered for it. A Promethean Napoleon who abolished privileges based on birth in the Napoleonic Code and worked himself to exhaustion showed that the Revolution had not failed.

Today most official portraits are photographs. This summer French President Emmanuel Macron released his official portrait in a two-word tweet: “Portrait officiel.” His feet are not visible, but his Jupiterian verticality creates a modern image of authority and the clock on the right and the books on the desk show a keen sense of symbolism.

Since his campaign, President Macron has stressed that he makes his own decisions in his own time; that he is a maître des horloges, literally, “master of the clocks.” Descartes used the term “great clockmaker” to describe the grand architect of the universe. Should we see the clock in the photo as symbolizing all-powerful Jupiter, or Promethean Napoleon with so much to do yet so little time?

Instead of Napoleon’s law code, President Macron has a collection of symbolic books on his desk, including Stendhal’s masterpiece Le Rouge et Le Noir (The Red and The Black). Set in a socially divided France, it is about an audacious young man who played many roles. He searched for truth but he also used his charm for personal advancement, to his detriment.

Does President Macron’s official portrait suggest Jupiterian absolutism à la Sun King, or a more Napoleonic desire to roll up his sleeves and get working? Portraits of Louis XIV and Napoleon have certainly influenced our impression of them. How we interpret President Macron’s portrait in years to come may ultimately depend on the political legacy he leaves behind. 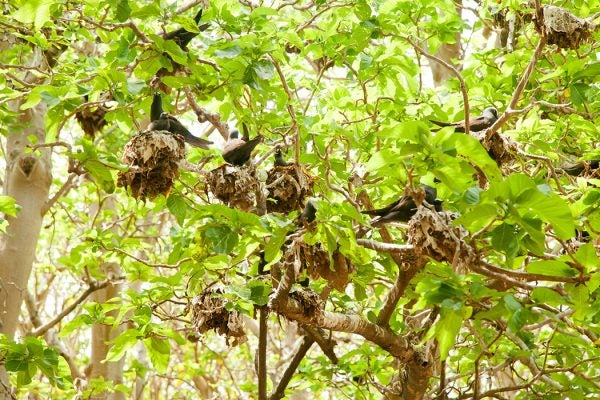 Found mainly on Caribbean islands, Pisonia trees resemble any typical large, tropical tree. Typical, that is, until you notice the bones.