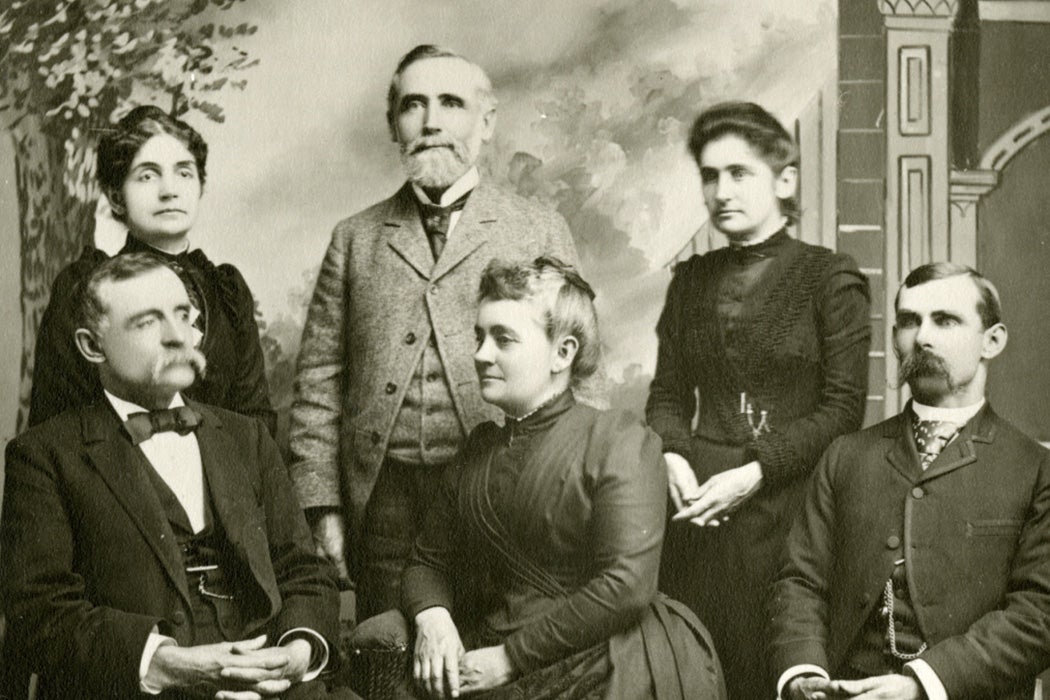 One of the architects of fundamentalist Protestantism in the twentieth century was the oil oligarch Lyman Stewart (1840-1923). The head of Union Oil of California (later Unocal), Stewart was once “too well known to need an introduction,” according to the Los Angeles Times. Today, he’s not nearly as well remembered. But, much like the Koch brothers more recently, Stewart used his fossil fuel fortune to profoundly shape American conservatism.

Stewart “applied the logics of supernatural religion to his oil speculation and the logics of industrial capitalism to his religious work,” writes scholar B. M. Pietsch. With his twinned empires of oil and religion, Stewart worked to “transmute his oil riches into ‘living gospel truth’”, and that gospel truth into the salvation of souls.

Nineteenth century elites wanted to “bring restraint and moral order to capitalism and technological change,” both of which tended to uproot tradition wholesale. The mess of oil extraction, for example, resulted in “personal, social, or environmental destruction.” But viewing “oil as a religious artifact” helped speculators overlook all that.

He helped lead the way to an “extractive affluence and millennial capitalism,” in which wealth is imagined “as a product of supernatural blessing instead of a product of labor.”

Stewart grew up in the first oil patch in Pennsylvania. Imbued with both Victorian morality and Progressive reformism, he helped lead the way to an “extractive affluence and millennial capitalism,” in which wealth is imagined “as a product of supernatural blessing instead of a product of labor.”

“Max Weber’s Protestant work ethic did not entirely disappear, but it was reconfigured by wildcat capitalism in which speculative risk-taking and superstitious beliefs led to either great riches or quick bankruptcy, or often both. Riches were no longer a natural reward for work, but a consequence of divining supernatural signs.”

Believing that riches come from God, Stewart blended Christianity and capitalism in a uniquely American way. But even more profound, argues Pietsch, was Stewart’s influence “on religious ideas and institutions.”

“Both millennial capitalism and millenarian religion involved a search for hidden truth, or riches, through the divination of supernatural will. Although seeking hidden oil and hidden truth used few of the same faculties, both created the same emotional experience.”

Starting in 1909, Lyman Stewart funded the publication of a dozen volume series called The Fundamentals, which helped give us the term “fundamentalism.” Stewart and his brother Milton also funded missionary work at home and abroad. Lyman Stewart’s Bible Institute of Los Angeles (now Biola University), founded in 1908,“quickly became the most important center for conservative theology west of Chicago.”

Pietsch credits Stewart with helping to establish the “dual aspirations of twentieth century American fundamentalism.” These were “an empire of Christian morals” that should conquer America and, indeed, the world, and the “purity of traditional Protestant belief,” walled-off and separate from a sinful contagions of world. While these two goals might seem in uneasy juxtaposition, Stewart thought they could coexist. He assumed that “religious activity could be regulated according to the logic of the market.” “Pastorates, missionary work, and theological education” were all akin to commodities to be “bought and sold, regulated, assigned value in terms of purity and productivity.”

What might seem like a paradox—millionaire evangelical preachers extolling the gospel of a Jesus who scorned money-changers, lived humbly, and stressed that the down and outs in society were the most worthy—was prefigured in Lyman Stewart vision of a wildcatter in California’s old fields awaiting the Biblical millennium.

In fact, Stewart’s oil wells produced so much oil he also worked tirelessly to come up with new ways of using it. He helped design an oil burning locomotive, and was instrumental in making asphalt paving the road-building material. The empire of the car was only just beginning around the time of this death, but here too, his influence lived long after him.

The Mediums Who Helped Kick-Start the Oil Industry

Apparently some people communed with spirits to locate the first underground oil reserves.