Judging Families at the State Fair

“Better Baby Contests” began as part of the Progressive Era push to improve children’s health and reduce infant mortality. Then eugenicists got involved. 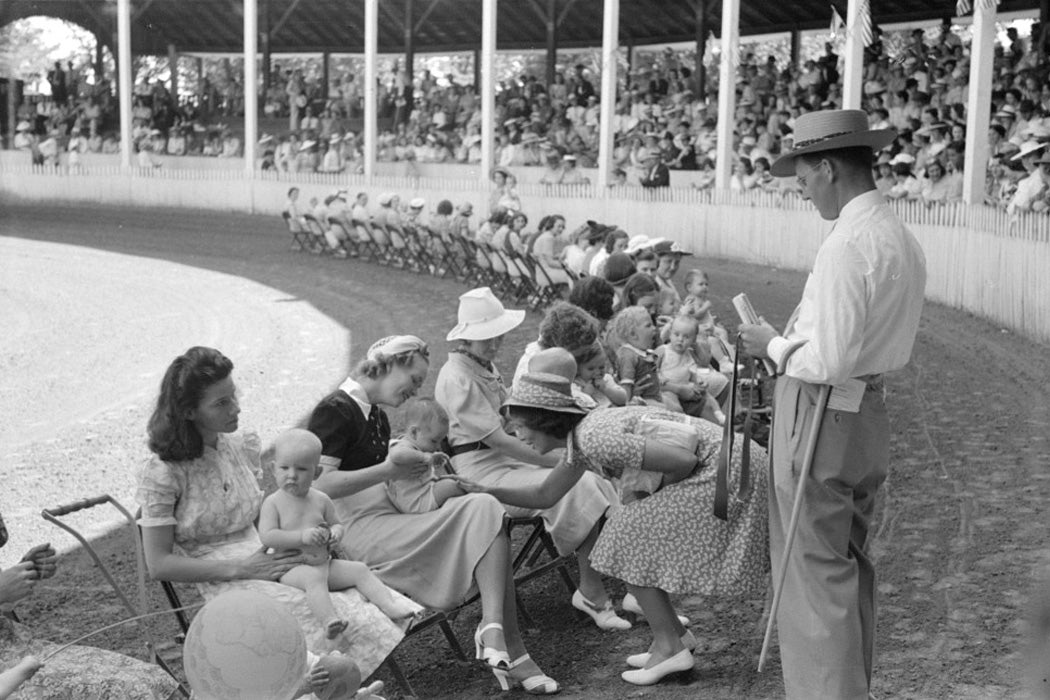 Are at-home DNA testing kits a harmless product for people who want useful medical information or trivia about their family backgrounds? Or do they expose personal data and potentially legitimize racist ideas about genetics, hearkening back to the twentieth-century phenomenon of eugenics?

As historian Laura Lovett writes, in the early twentieth century, American families literally lined up at fairs so that medical professionals could evaluate their genetic “fitness.” Lovett notes that in 1911, Dr. Florence Sherbon and Mary T. Watts helped organize a “Better Baby Contest” at the Iowa State Fair. As agricultural experts judged the state’s most impressive vegetables and livestock, medical professionals examined small children. The parade that concluded the fair included a car filled with preschoolers labeled “Iowa’s best crop.”

To the organizers, these contests were a new way to share information about eugenics, something many families seemed eager to learn about.

The contest was part of a growing Progressive Era push to improve children’s health and reduce infant mortality. Public health boosters argued that the best way to promote healthy childrearing was not to lecture parents about hygiene but to set a challenge for them to meet.

The magazine Woman’s Home Companion organized similar contests. In 1913, it reported that during that fair season alone, 150,000 babies had been part of its contests.

But to some, Lovett writes, simply examining a baby was no way to judge her true biological fitness. Charles Davenport, a leading figure in the American eugenics movement, wrote to contest organizers suggesting a different approach. “You should score 50% for heredity before you begin to examine a baby,” he wrote. That, after all, was how other judges at fairs rated calves, taking bovine parents into consideration in judging their offspring.

This was a moment when American elites were increasingly interested in eugenics. Some, like Davenport, viewed physical and mental fitness as almost entirely a matter of genes. This led to the racist pseudoscience that later informed Nazi ideology, and to policies of forced sterilization for people deemed “unfit.”

Lovett writes that many Americans thought of eugenics as part and parcel with improvements in living conditions, nutrition, and social lives to help children thrive. It was this rationale that Sherbon and Watts brought to a new initiative in the 1920s: “fitter families” contests. Like the better baby contests, these involved intense examinations. Psychiatrists, physicians, dentists, and other professionals examined each family member, and collected family histories. When participants asked about the “Eugenics” sign above the fair building’s door, Watts said, “we say ‘While the stock judges are testing the Holsteins, Jerseys, and White-faces in the stock pavilion, we are testing the Joneses, Smiths, and the Johnsons.’”

To the organizers, these contests were a new way to share information about eugenics, something many families seemed eager to learn about. But Sherbon and Watts also worked with Davenport in designing the exams so that they could also be used to collect information for his studies. The genuine widespread enthusiasm for pop genetics has always had a potential dark side.