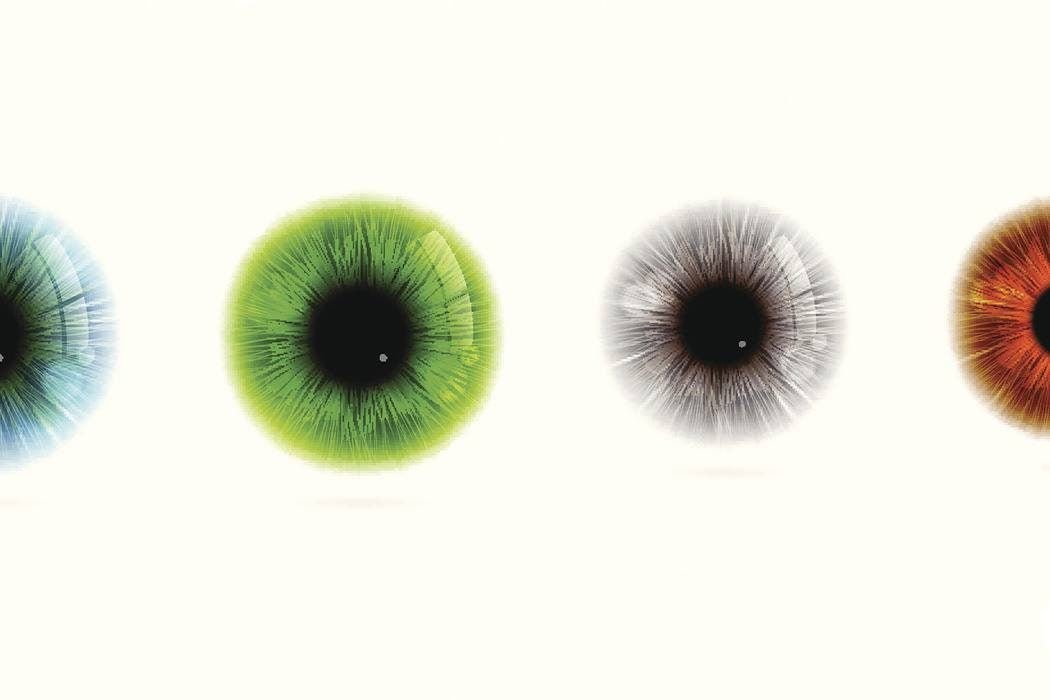 In 1883, the English statistician and social scientist Francis Galton coined the word “eugenics” (“well-born,” from Greek). The term referred to his idea of selectively breeding people to enhance “desirable” and eliminate “undesirable” properties. Seen as following Darwin’s theory of evolution, in the 1920s and ’30s eugenics gained important backing in England and the United States. Scientists and physicians spoke and wrote in its support. It influenced U.S. immigration policy, and states like Virginia used it to justify the forcible sterilization of the intellectually disabled.

Today’s growing anti-immigrant and white nationalist movements are raising concerns about a return of this long discredited dogma. For instance, U.S. Congressman Steve King (R-Iowa) recently tweeted about a far-right movement in Europe, calling Western culture “superior” and saying, “We can’t restore our civilization with somebody else’s babies.” King hoped for “an America that’s just so homogenous that we look a lot the same.”

At the same time, we are seeing an advance in methods of manipulating human DNA that, though they present many benefits, could also be used to advance eugenic goals. This combination of a dubious political agenda and the tools to implement it could take us in uncharted directions.

We can find guidance in two classic works about the dangers of modifying people and labeling them as “superior” or “inferior”—the novel Brave New World (1932) and the film Gattaca (1997). Their publication anniversaries in 2017 are sharp reminders of the costs of embracing any kind of twenty-first-century eugenics.

Could gene-editing be pushing us toward a neo-eugenic world?

Eugenics straddles the line between repellent Nazi ideas of racial purity and real knowledge of genetics. Scientists eventually dismissed it as pseudo-scientific racism, but it has never completely faded away. In 1994, the book The Bell Curve generated great controversy when its authors Charles Murray and Richard J. Herrnstein argued that test scores showed black people to be less intelligent than white people. In early 2017, Murray’s public appearance at Middlebury College elicited protests, showing that eugenic ideas still have power and can evoke strong reactions.

But now, these disreputable ideas could be supported by new methods of manipulating human DNA. The revolutionary CRISPR genome-editing technique, called the scientific breakthrough of 2015, makes it relatively simple to alter the genetic code. And 2016 saw the announcement of the “Human Genome Project–write,” an effort to design and build an entire artificial human genome in the lab.

These advances led to calls for a complete moratorium on human genetic experimentation until it has been more fully examined. The moratorium took effect in 2015. In early 2017, however, a report by the National Academies of Sciences and National Academy of Medicine, “Human Genome Editing: Science, Ethics, and Governance,” modified this absolute ban. The report called for further study, but also proposed that clinical trials of embryo editing could be allowed if both parents have a serious disease that could be passed on to the child. Some critics condemned even this first step as vastly premature.

Nevertheless, gene editing potentially provides great benefits in combatting disease and improving human lives and longevity. But could this technology also be pushing us toward a neo-eugenic world?

As ever, science fiction can suggest answers. The year 2017 is the 85th anniversary of Brave New World, Aldous Huxley’s vision of a eugenics-based society and one of the great twentieth-century novels. Likewise, 2017 will bring the 20th anniversary of the release of the sci-fi film Gattaca, written and directed by Andrew Niccol, about a future society based on genetic destiny. NASA has called Gattaca the most plausible science fiction film ever made.

In 1932, Huxley’s novel, written when the eugenics movement still flourished, imagined an advanced biological science. Huxley knew about heredity and eugenics through his own distinguished family: His grandfather Thomas Huxley was the Victorian biologist who defended Darwin’s theory of evolution, and his evolutionary biologist brother Julian was a leading proponent of eugenics.

Brave New World takes place in the year 2540. People are bred to order through artificial fertilization and put into higher or lower classes in order to maintain the dominant World State. The highest castes, the physically and intellectually superior Alphas and Betas, direct and control everything. The lower Gammas, Deltas, and Epsilons, many of them clones, are limited in mind and body and exist only to perform necessary menial tasks. To maintain this system, the World State chemically processes human embryos and fetuses to create people with either enlarged or diminished capacities. The latter are kept docile by large doses of propaganda and a powerful pleasure drug, soma.

Like George Orwell’s 1984, reviewers continue to find Huxley’s novel deeply unsettling. To Bob Barr, writing in the Michigan Law Review, it is “a chilling vision” and R. S. Deese, in We Are Amphibians, calls its premise “the mass production of human beings.”

The discovery in 1953 of the structure of DNA led to the advent of real genetic science that could change people. DNA editing appears in several films analyzed by the film historians David A. Kirby and Laura A. Gaither in “Genetic Coming of Age: Genomics, Enhancement, and Identity in Film.” The authors single out Gattaca as showing a society that has “so much confidence in the predictive power of genomics that their culture revolves around these expectations.” The film provides a lesson in the eugenic effects of editing human DNA. Its title combines the first letters of guanine, adenine, thymine, and cytosine, the “base pair” compounds essential to how DNA transmits genetic information.

The social order in Gattaca, set in the “not-too-distant future,” is far looser than in Brave New World. It is much like today’s world with one crucial change: Genetic science has advanced so that a person’s genetic makeup can be easily tested, and it is routine to alter the DNA of an embryo to produce a baby with specified characteristics. The result is a society dominated by “genetic destiny.”

Genetic augmentation is not available to everyone in this society. Only those with means can pay geneticists to implant assets like good looks or musical ability in the DNA of their children-to-be. Although it is illegal to discriminate on the basis of a person’s genetic profile, in practice “Valids,” those with superior genetic credentials, have every advantage and live desirable lives, whereas the less genetically favored “In-valids” or “De-gene-rates” are the Epsilons of this society, who push brooms and clean toilets.

In the story, young Vincent Freeman (Ethan Hawke) is a non-augmented In-valid who is projected to develop serious medical conditions. Through sheer grit and refusal to quit, he physically outperforms his enhanced Valid brother, determined to realize his ambition of becoming an astronaut. The closest he can come, however, is to work as a janitor at the Gattaca Aerospace Corporation, which launches space missions.

Vincent games the system by acquiring the superb DNA profile of Jerome Morrow (Jude Law), a former Olympics swimmer now in a wheelchair because of an accident. After surgery to make himself resemble Jerome (and with Jerome’s help), Vincent can pass as a Valid. His passion affects the disabled Jerome, who famously declares: “I only lent you my body. You lent me your dream.” Now apparently genetically qualified, Vincent is selected for astronaut training. In the final scene, we see him blast off on a mission to Titan, one of Saturn’s moons.

In a U.S. where medical care is not equally available to all, genetic enhancement will likely be too costly for all but the wealthy.

Any science that professes to predictably change humanity should be carefully weighed—or its results may come to haunt us and the new humans we make. Brave New World shows an extremely repressive society whose eugenic system keeps a select group in control. Although such a goal might appeal to the far right, in the near term, at least, it is hard to imagine such a movement gaining the political power to impose a Nazi-like program of gene editing.

Gattaca, however, presents a believable model for the future. It reflects and extends current attitudes toward race and the disabled, and with America’s growing gap between haves and have-nots, its speculations ring true. Buying genetic advantage to give one’s child an edge in life would be just a step beyond what parents now do—sending a very young child to an expensive private school, for instance—to gain that edge.

In a U.S. where medical care is not equally available to all, genetic enhancement will likely be too costly for all but the wealthy. As in Gattaca, buying enhancement will not be illegal, nor seen as unethical. But it would widen existing health and social inequalities, as expressed in the reactions to the “Human Genome Editing” report. Those who can afford it would choose mental and physical advantages for their offspring, perhaps including traits such as selfishness or “win at all costs” personalities that might benefit them but harm society. This would enhance a special group that would not need Francis Galton’s selective breeding to make itself superior over time, leaving everyone else as the In-valids.

This approach could also erode America’s racial and ethnic diversity, fulfilling Rep. King’s fantasies. Homogeneity is exactly what would result if a favored group genetically replicates and enhances itself to produce future generations with the same appearance and attitudes, only more so.

In the final analysis, Brave New World portrays a “hard eugenics” created by a government to suppress human rights, diversity, and opportunities for its citizens. But like the world in Gattaca, our own society could instead display a eugenic element not imposed from above, but arising from our society’s dynamics. Unless our society balances the undoubted benefits of gene editing against its equally undoubted risks, the greater danger may come not from authoritarian government but from this “soft eugenics.” 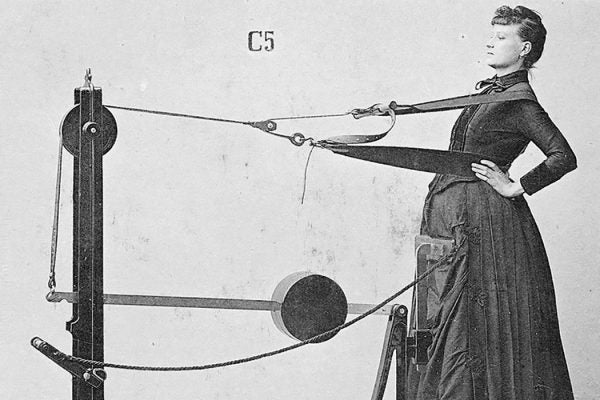