In 1971, two legends of Black letters discussed Black manhood, white racism, the role of the writer, and the responsibility to teach. 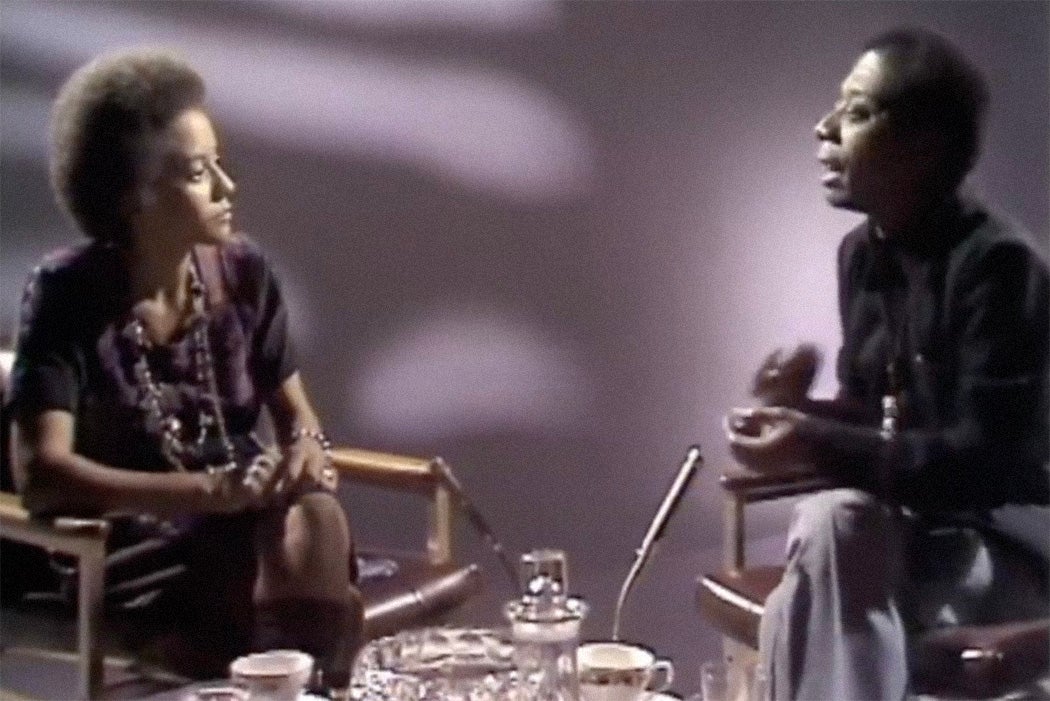 In 1971 James Baldwin and Nikki Giovanni taped a two-hour “dialogue” for a public TV show called Soul! At forty-seven years old, Baldwin was a legend for The Fire Next Time and countless other essays, novels, and criticism. Giovanni, then twenty-eight, was a luminary of the Black Arts Movement as the author of the 1968 poetry collection Black Feeling, Black Talk. Their conversation was subsequently published in book form as A Dialogue.

In this excerpt of the book, “Ten Paces behind the Man,” Giovanni and Baldwin discuss Black manhood, white racism, the role of the writer, and the responsibility to teach. Across generations, the two powerhouse intellectuals hashed out political and artistic philosophies, which sometimes diverged.

On policing, they did not.

Giovanni: You know in New York there’s a big campaign going on to humanize the policemen. They have posters, billboards, upstate and they have a picture of a big cop bending over this little blond girl—

Giovanni: And I wanted to rent a billboard, I told a friend of mine, and show this big cop and this fourteen-year-old kid with thirty bullets in him, and say: “And some people call him peacemaker.”

On strained relationships between Black men and women, they did.

Giovanni: That’s so wrong, because what you perpetuate—

Baldwin: Nikki, it may be wrong—

Giovanni: I hate to use that kind of term.

Read the article in full at the link below.