How the Sun Conned the World With “The Great Moon Hoax”

The birth of the penny press, the first mass media, was very much mixed up with fake news, including the Great Moon Hoax of 1835. 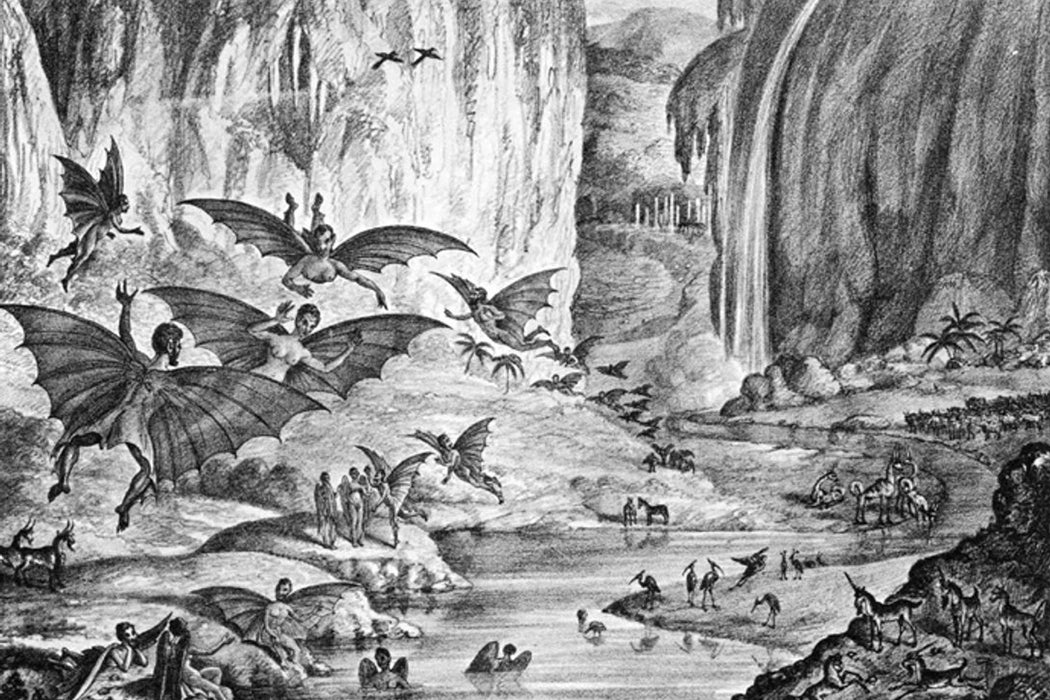 In August of 1835, the New York Sun cost a penny and was hawked on the street by newsboys trying to scrape together enough pennies to avoid having to sleep on the street. The Sun was what we would now call a tabloid.  The brash publication served up fires, murders, and other scandals for a working class and immigrant readership. And the paper really hit the big time, and quickly became the most widely read newspaper in the world (circulation: 19,360!) when it started reporting that the Moon was inhabited. By man-bats.

“The Great Moon Hoax” built off the actual work of English astronomer John Herschel’s expedition to the Cape of Good Hope. Sun editor Richard Adams Locke took this kernel of truth, and with all the oomph of the steam-powered printing press, pumped out several sensational days of science fiction that was taken for news and reproduced all over the U.S. and Europe for several weeks.

Locke said that according to Herschel there were smart, bipedal beavers on the Moon: “It carried its young in its arms like a human being, and its huts were constructed better and higher than those of many tribes of human savages.” The ultimate “discovery,” however, was that the place was simply buzzing with four-foot-tall creatures with copper-colored hair and membranous wings. Reportedly Herschel had named them Vespertilio-homo, or man-bat. The creatures were obviously intelligent, since they had been witnessed, in Herschel’s incomparable telescope, conversing with each other.

This remarkable news sold out copies of the Sun and demanded larger print runs. Contemporary accounts suggest most people believed it, at least at first. At Yale, for instance, faculty and students eagerly awaited the next installment. Other papers shamelessly copied the story. Meanwhile, ardent missionaries tried to figure out how to get Bibles to the lunar man-bats. The competing  Morning Herald broke the story that it was all a fake. Afterwards, people would insist they were in on it from the first, yet a pamphlet repeating the story sold an astronomical forty thousand copies.

István Kornél Vida points out that Locke was satirizing the then-popular theory of a plurality of worlds. People like Thomas Dick, much read in the U.S., had calculated that there were trillions of inhabitants of the universe, with 4 billion alone on the Moon, all created by the Christian god. But Locke’s satire failed “not because it was bad, but because it was too good; people took it for granted—at least for a short period of time.” Vida does call this episode “one of the first instances of the application of science fiction: exploring the impacts and consequences of an imagined innovation in science and technology.”

P.T. Barnum, on the other batwing, was then an up-and-coming impresario of bunkum: he eagerly took notes on the whole phenomenon. Edgar Allan Poe was also impressed by this Moon hoax, even though he thought Locke a plagiarist. Poe’s own story, “The Unparalleled Adventure of One Hans Pfaall,” published in The Southern Literary Messenger in June, was about a balloonist who makes it to the Moon and back. Poe’s planned sequel had been upstaged by the brilliant Sun.

Interestingly, Carlo Martinez argues that Poe’s story was actually “a parody not so much of ballooning as of the New York Sun.” Pfaall’s balloon, after all, “was manufactured entirely of dirty newspapers” and looked like a huge fool’s cap (“foolscap” was also the size of paper used by the Sun).

But the ever snakry Poe could ride the penny press wave, too, later noting that the Sun was “one of the most important steps yet taken in the pathway of human progress.” In 1844, the paper, still edited by Locke, published an Extra Sun with Poe’s breathless account of a three-day crossing of the Atlantic by balloon. It was a sensation, and, of course, a hoax. 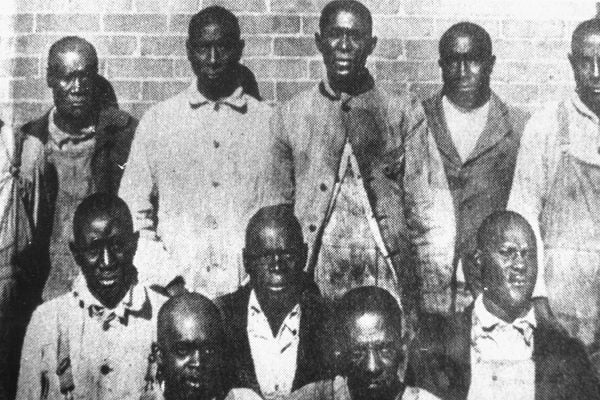