A snake’s ability to swallow enormous prey has long been a source of fascination, but the common explanation that they dislocate their jaws is a myth. 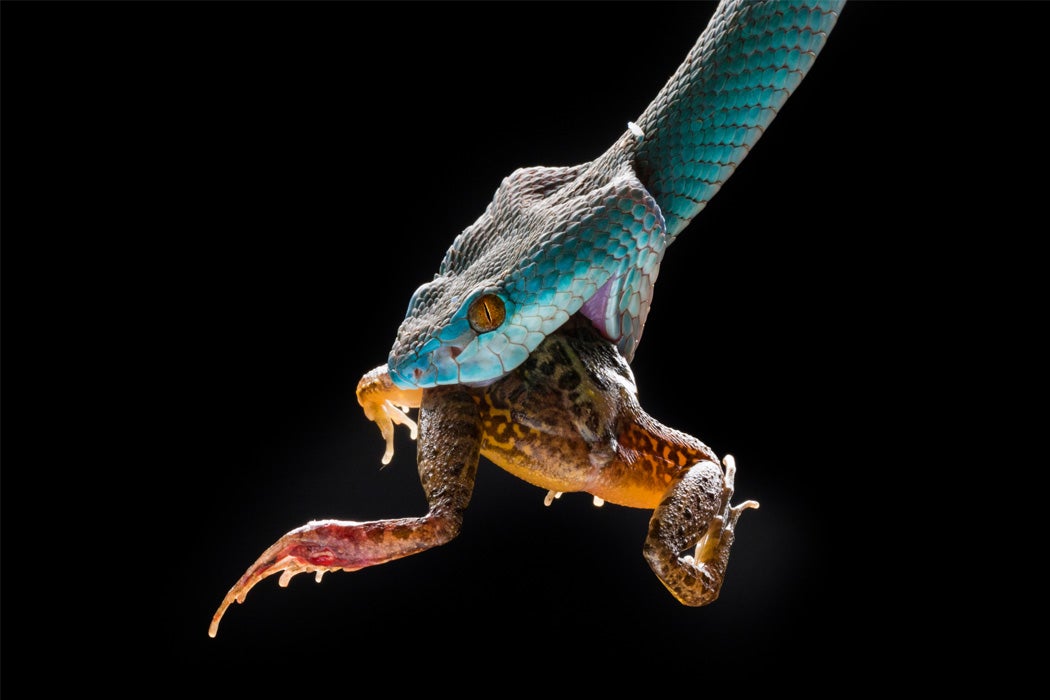 Wayward pythons are not uncommon in the Australian bush. Still, one camp manager was quite surprised when a python she relocated began to cough up its last meal: an even larger python.  A snake’s ability to swallow enormous prey has long been the stuff of nightmares and fascination, but just how do they do it?

Scientist Kenneth Kardong, writing in Copeia, explains that snake swallowing is all about the jaw. A snake cannot swallow something that won’t fit past its jaws, so snakes have  a unique adaptation that allows them to increase their jaw width, or “gape” as it is technically known. Contrary to popular myth, snakes do not in fact dislocate their jaws. But they can certainly perform some spectacular feats of jaw agility.

The snake’s head “walks” forward in a side-to-side motion over the prey’s body.

In snakes, the lower bones of the jaw, or mandibles, are not connected like they are in mammals. At the front, each mandible is attached by a stretchy ligament. The mandibles can therefore spread apart laterally, increasing the width of the mouth. The mandibles are loosely connected at the back to the skull, allowing for much greater rotation than most animals have. This is how the snake can open its mouth wider than its body. The mandibles move independently of each other, slowly inching the prey into the throat. Simultaneously, the snake’s head “walks” forward in a side-to-side motion over the prey’s body, so as the prey is levered backward the head moves forward. The process can take a while. Backward-pointing teeth help ensure the prey does not escape if it is still alive.

Swallowing is only half the battle, though, and prey must also be digested. Snakes don’t chew their food; they chemically digest it. So there is limited mechanical breakdown. Digestive enzymes can only act on the tough outside of a meal. Consequently, snake digestion can take a while, and snakes often cough up partially-digested meals.

According to scholars F. Harvey Pough and John D. Groves in American Zoologist, pit vipers have a particularly terrifying way of dealing with the digestion problem. Pit vipers have large heads and thick bodies, allowing them to swallow extremely large prey relative to their body size. As a result, digestion for pit vipers can be especially slow. This poses real risks to the snake, as snakes are vulnerable while digesting. Also, if digestion does not outpace putrefaction, partially-digested prey might expand inside the snake’s body with dangerous consequences. Pit vipers, however, have an ace in hole: venom. Their long fangs inject protein-dissolving venom deep into the prey’s body. The venom aids digestion by turning the prey’s insides into goo. Problem solved.

Kinesis of the Jaw Apparatus during Swallowing in the Cottonmouth Snake, Agkistrodonpiscivorus
By: Kenneth V. Kardong
Copeia, Vol. 1977, No. 2 (May 25, 1977), pp. 338-348
American Society of Ichthyologists and Herpetologists (ASIH)
Specializations of the Body Form and Food Habits of Snakes
By: F. Harvey Pough and John D. Groves
American Zoologist, Vol. 23, No. 2 (1983), pp. 443-454
Oxford University Press 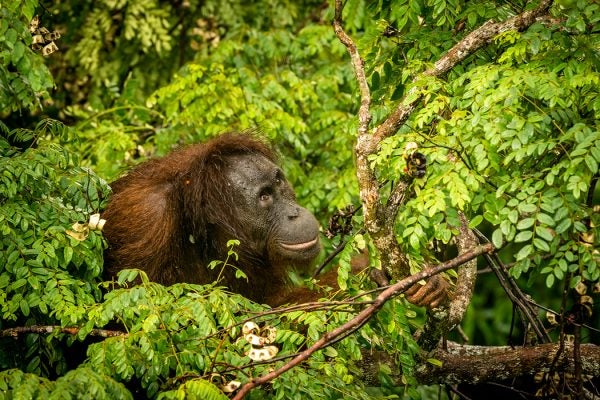