Women were the first computer programmers. How, then, did programming become the domain of bearded nerds and manly individualists? 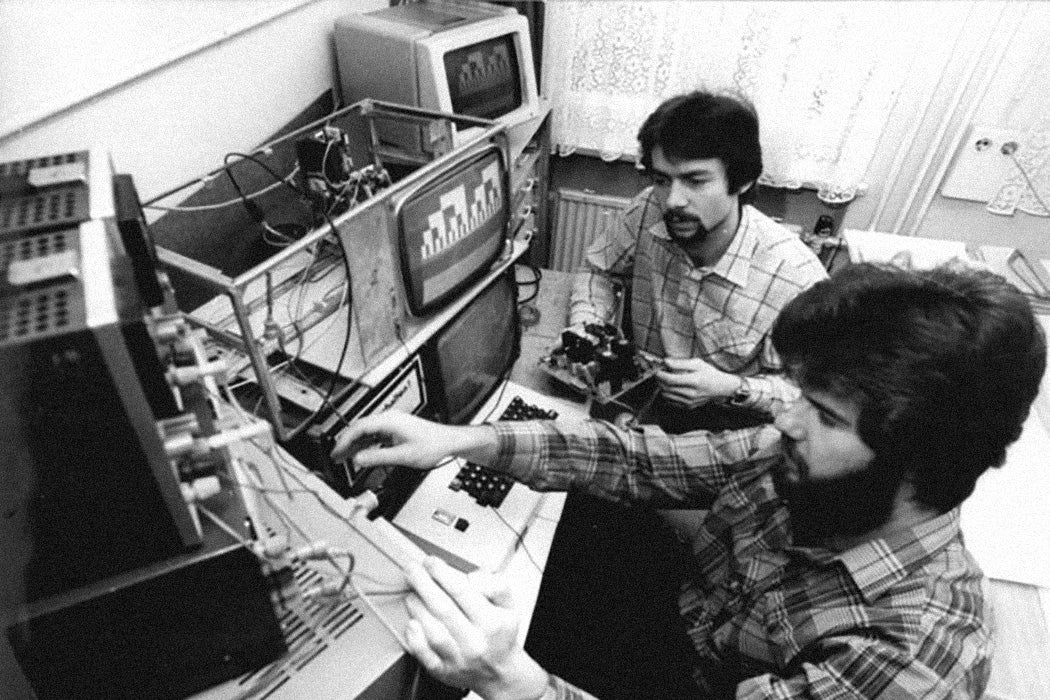 When people picture the archetypal computer nerd, they probably imagine a certain character: unkempt, eccentric, maybe a bit awkward around women—embodying a very specific, and perhaps unexpected, form of masculinity. Yet computer programming wasn’t born male. As computing historian Nathan Ensmenger notes, programming was initially seen as a woman’s job. So how did the male nerd come to dominate the field and popular ideas about it?

Prior to the 1960s and 1970s, writes Ensmenger, computer programming was thought of as a “routine and mechanical” activity, which resulted in the field becoming largely feminized. The work wasn’t particularly glamorous; “coders” were “low-status, largely invisible.” They were only supposed to implement the plans sketched out by male “planners.” Ensmenger quotes one female programmer, who recalled, “It never occurred to any of us that computer programming would eventually become something that was thought of as a men’s field.”

The turning point came during the 1960s and ’70s, when a remarkable demographic shift hit programming. Now dominated by men, the field spanned corporate, academic, and social spaces.

“To be a devotee of a dark art, a high priest, or a sorcerer…was to be privileged, elite, master of one’s own domain.”

From the mid-1960s, a “newfound appreciation for computer programmers, combined with an increasing demand for their services, was accompanied by an equally dramatic rise in their salaries.” Aspiring male professionals wanted in, but they didn’t want to be associated with lowly coding clerks. To elevate themselves, they emphasized the esoteric nature of their discipline, deriving professional authority from individualism, personal creativity, and an obscure, almost arcane, skill set. “To be a devotee of a dark art, a high priest, or a sorcerer…was to be privileged, elite, master of one’s own domain,” writes Ensmenger.

Companies selected candidates using aptitude tests that favored “antisocial, mathematically inclined, and male” candidates, Ensmenger finds. So, in classic snake-eats-tail fashion, workers who fit that type “became overrepresented in the programmer population, which in turn reinforced the original perception that programmers ought to be antisocial, mathematically inclined, and male.”

By the end of the 1960s, this ideal had morphed into a series of masculine stereotypes: the bearded, sandal-wearing “programming guru,” the upshot “whiz kid,” the “computer cowboy,” the programming “hot shot.”

The “computer bum” and “hacker” stereotypes that emerged in the 1970s would only solidify the masculine takeover of computer programming. The “bum” was viewed as a wasted, antisocial, obsessive figure, who would mooch off the university’s resources by monopolizing the computer lab (mostly at night, when it was empty). These computer centers were “effectively males only,” explains Ensmenger. Inside, bums solved puzzles, tinkered with code, wrote “trick programs,” and stayed up for days, trying to “maximize code.”

Despite the image of social isolation, computer centers were profoundly social spaces, Ensmenger argues: “The male camaraderie [was] defined by inside jokes, competitive pranks, video game marathons, and all-night code fests.” This atmosphere was notably “unfriendly to a more mixed-gender social environment, a fact noted by many women who cited the male-dominated culture of the computer center as an obstacle to their continued participation in computing.”

While the nerd, guru, sorcerer, hacker, and bum don’t seem particularly “manly,” these identities granted programmers a perceived mastery over their discipline and the ability to monopolize competence, as well as to establish steep barriers of entry. “In fact,” Ensmenger concludes, “one might argue that computer programmers, rather than being insufficiently masculine, have elevated the performance of masculinity to an extreme.”

“Beards, Sandals, and Other Signs of Rugged Individualism”: Masculine Culture within the Computing Professions
By: Nathan Ensmenger
Osiris, Vol. 30, No. 1, Scientific Masculinities (January 2015), pp. 38-65
The University of Chicago Press on behalf of The History of Science Society

A German musicologist complained in 1954 that they reminded him of "barking hell-hounds."