A German musicologist complained in 1954 that they reminded him of “barking hell-hounds.” 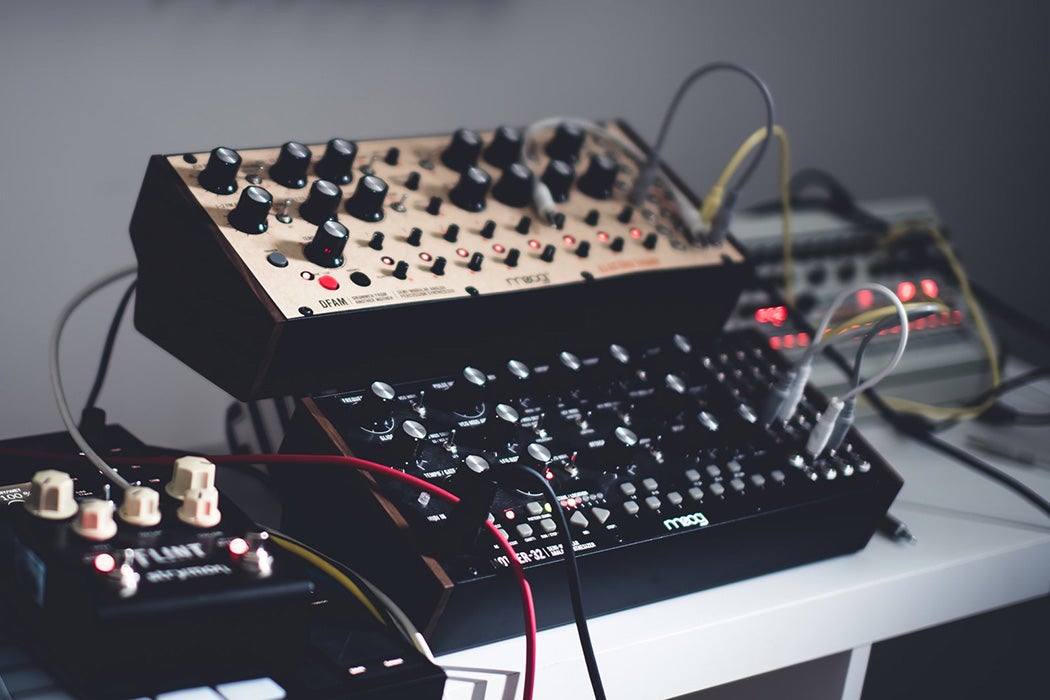 There was a time when the sound of synthesizer was so new and otherworldly that it provoked strong emotional responses—anger, fear, laughter. As the English professor Nicholas Laudadio recounts in the journal Science Fiction Studies, a German musicologist complained in 1954 that they reminded him of “barking hell-hounds—these sounds come from a world in which there are no humans, but only devilish beings.”

Of course, the electrical transmission of sound is as old as the telephone (1876). However, it was only with the advent of the semiconductor transistor, in 1959, that inventor Robert Moog could build a consumer-level synthesizer, allowing musicians full control over the pitch and attack of notes with a keyboard. (It was still the size of a dresser!) In the intervening years, musicians and tinkerers developed electric instruments that were either hard to control, like the hauntingly beautiful Theremin, or affordable only to large music conglomerates like RCA or Columbia Records.

Many musicians feared being replaced, either as performers or as composers, by computer processes.

It’s no surprise, then, that the biggest skeptics of electronic music were musicians themselves. Many feared being replaced, either as performers or as composers, by computer processes. Laudadio investigates these attitudes by looking to science fiction stories from the 1950s, Charles Harness’ novella “The Rose” (1953) and Lloyd Biggle, Jr.’s short story “The Tunesmith” (1957), that imagined scenarios in which electronic music threatened human culture.

“The Tunesmith” is a grounded satire of these attitudes, set in a authoritarian near-future where the only music still consumed by the public is commercial jingles. Human composers make this music, but settings on their synthesizers (the “multichord”) and the operations of musical guilds strictly constrain their creative choices. The guilds, in fact, have all but banned acoustic instruments, because they cannot control the emotional effect they have on listeners.

The protagonist, Baque (a none-too-subtle reference), is a composer who is too committed to the quality of his tunes and thus is fired for returning assignments late. Forced to play a honky-tonk multichord in a dive bar, he discovers that its broken, out-of-tune filters allow for much more personal expression. He modifies the machine further and begins playing music in underground concerts that awaken strong emotions, even sexuality, in listeners. By the time the guild has had Baque imprisoned (they frame him for murder), it is too late. Musicians everywhere are breaking their synthesizers and audiences are turning off their televisions and going to live performances again.

Laudadio thus concludes that the repressive aspects of electronic music were the fault of social attitudes and not something inherent in the technology. Indeed, this reflects his 1950s perspective, when the big record companies seemed to be leading society toward lowest common denominator “Muzak.” But it also optimistically forecasts the more democratic attitudes of the 1960s counterculture, of which early synthesizer builders like Moog were a part. Even today, tension remains between the power technology has in homogenizing musical culture and in providing niche musicians the ability to hear and meet each other. It’s up to us humans to demand more from our machines. 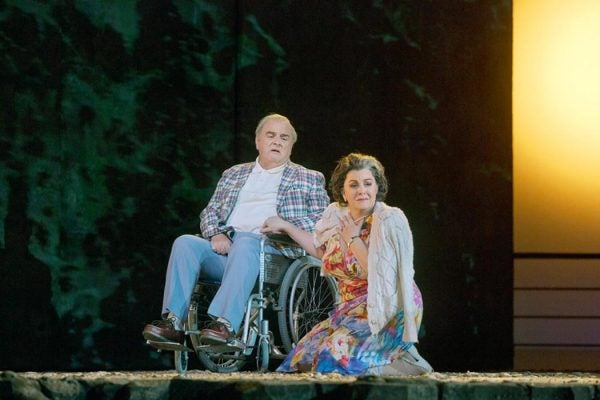 The Death of Klinghoffer, The opera accused of promoting terrorism and anti-Semitism, has been dubbed "The Terror Opera" in some corners of the press.