How Black Radio Changed the Dial

Black-appeal stations were instrumental in propelling R&B into the mainstream while broadcasting news of the ever-growing civil rights movement. 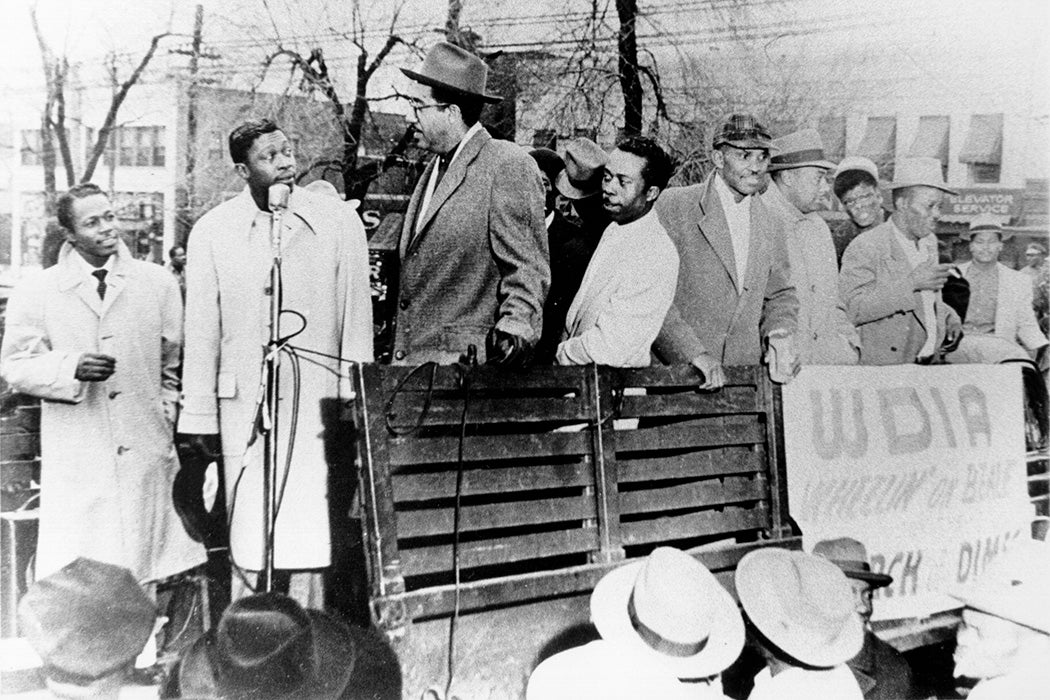 B.B. King stands on the back of a truck to raise money for WDIA's Wheelin' On Beale March of Dimes charity for pregnancy and baby health, c. 1955, Memphis, TN
Getty
By: Ashawnta Jackson
3 minutes
Share Tweet Email Print

“Among the many social and economic changes being wrought in this country as a result of the civil rights movement has been the development, within the broadcast industry, of Negro radio,” wrote media historian Richard S. Kahlenberg in 1966. The development was newsworthy, Kahlenberg explained, because just twenty years earlier, there were no Black-appeal stations. Some stations carried programming specifically focused on Black listeners, but none devoted 75% or more of their air time to that audience. By the time Kahlenberg was writing his article, there were more than 100 Black-appeal stations on the air. This rise of Black radio signaled a huge shift in media, advertising, and community outreach.

Black-interest radio sprung from early programming slots reserved for Black listeners of white-owned stations. As mass communications scholar Bala Baptiste writes, “In the late 1940s and early 1950s, some stations in the United States sold time slots to blacks, who independently created radio programs and in turn sold commercial time to black businesses.” Those who wanted to reach Black voters would buy 15 or 30 minutes and give it to “an African American to conduct a talk show,” Baptiste explains. Some might buy the time to play music, but they woud also promote products alongside the tunes.

But the real shift happened with WDIA in Memphis, Tennessee.

Though there had been Black performers on the radio before, Black DJs were a new, expanding world.

WDIA was operating as a country station, but, following an ownership change in 1947, it changed to all Black-interest programming, the first in the nation to do so. It was a bold move, not because Black people weren’t listening to the radio, but because the lifeblood of all stations was advertising. And as historian Tanya Teglo writes, the new owners “realized it would be difficult to keep the station running because of the racial attitudes of sponsors.”

Retailers hesitated to advertise their products on Black shows because they “were afraid of their products being stereotyped and a white audience not wanting to purchase them,” Teglo explains. However, the white owners of WDIA soon understood that if they focused on Black listeners, the advertisement could also be uniquely targeted. The owners expected “the deejays to know how to make their audiences want to buy certain products.” Before any station could get any sponsors, though, it had to have listeners. Black radio had also figured out ways to attract listeners, ushering in the era of Black disc jockeys.

Though there had been Black performers on the radio before, Black DJs were a new, expanding world. At the end of World War I, Kahlenberg explained, “there was scarcely a handful” of Black DJs. One New Orleans station, for example, hired white DJs and trained them to “imitate the black hip talk of the period,” writes Baptiste. This came after Vernon Winslow, a very light-skinned Black DJ, applied for a radio job. The station owner liked his work, but when he asked Winslow if he was Black, the interest waned immediately: “I’d tear my station down before I’d put you behind the microphone,” the owner announced. “Get the hell out.”

As Kahlenberg pointed out, once stations transitioned to majority Black-interest programming, most of the on-air talent and management was Black as well. Ownership was an entirely different issue, though, as only five Black-owned stations existed in the US in 1966. But all Black-appeal stations, whether white or Black-owned, were instrumental in propelling R&B into the mainstream and broadcasting news of the ever-growing civil rights movement. The more well-funded stations in larger markets “consistently broadcast live remote coverage of civil rights news developments,” Kahlenberg wrote. But this wasn’t unique to radio stations broadcasting for Black Americans, he explained. Several “standard stations” bought and carried live coverage of civil rights protests that originated with Black-owned stations.

Nonetheless, Black radio functioned as the foundation of the African American community. As Teglo notes, stations like WDIA gave Black people “a voice and access to resources that may have otherwise been unobtainable.” 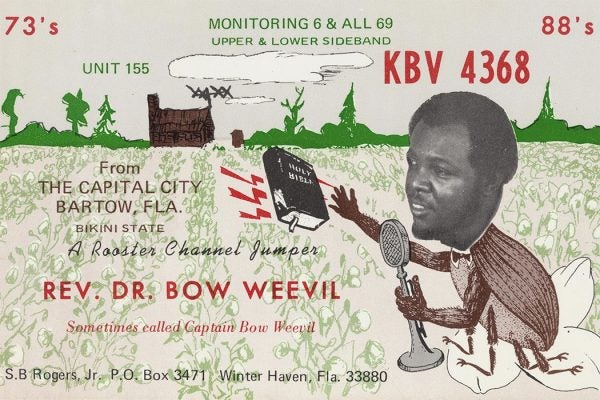 CB radio was portrayed as a mostly white enthusiasm in its heyday, but Black CB users were active as early as 1959.