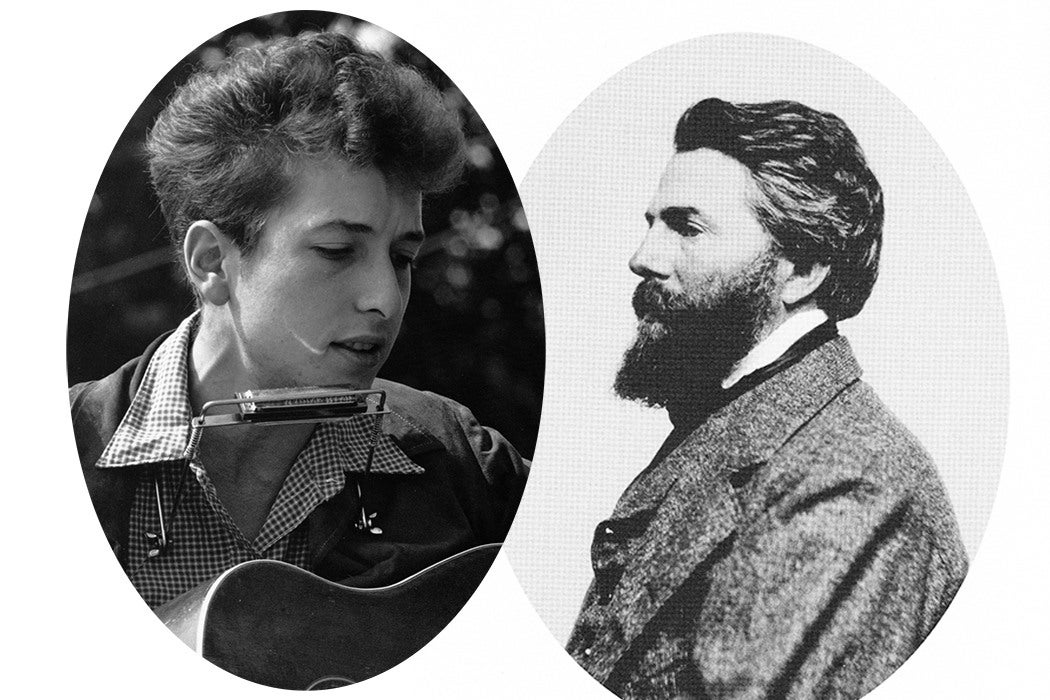 Bob Dylan delivered his Nobel Prize lecture on June 4, just days before a deadline that would have made him ineligible to collect the Nobel Foundation’s 8 million kronor ($900,000) award. Although it has all the hallmarks of Dylan’s writing, one could be forgiven for thinking the lecture sounds in parts like an English essay a college freshman would write the night before it’s due, since, like many college freshmen, Dylan appears to have laced his discussion of Moby-Dick with several phrases from the SparkNotes summary of Melville’s seminal novel.

Plagiarism derives from the Latin plagiarus, for “kidnapper” or “seducer.” The plagiarist, according to Ellen Weinauer, is someone who interferes with the normal boundaries of transmission and union, “a kind of cultural agitator, questioning—and casting doubt upon—conventional relations.” Although plagiarism has long been recognized as an inevitable consequence of writing in public, it wasn’t until the nineteenth century, when literary work was being professionalized and authors were increasingly seen as the sole owners of their creative property, that plagiarism became genuinely scandalous.

All creative work, Bob Dylan suggested, exists to be borrowed.

While writing Moby-Dick in 1850, Melville was thinking deeply about questions of authorship and ownership. So deeply, in fact, that he even took a break from his magnum opus to compose “Hawthorne and his Mosses,” one of the era’s pivotal statements about originality and creativity under the guise of a two-part review of Nathaniel Hawthorne’s short story collection Mosses from an Old Manse.

In the essay, Melville wrestles with two opposing models of literary propriety. The first, “literary brotherhood,” is what Weinauer describes as a communal fraternity of authors and thinkers across time in which “a spirit of ownership and accumulation does not preside.” The second is that of the sovereign author who is the indisputable proprietor of his or her creations.

Never an adherent of the second model, Dylan actually posits something like the first in his Nobel lecture. Contrary to how many have read the piece, Dylan seems less interested in defending songs as literature than he does in using their ephemerality and promiscuity to redraw the borders of literary ownership. All creative work, he suggests, exists to be borrowed, because it all draws from the same storehouse of themes, ideas, and images.

Of the three books Dylan explicates in the speech, it’s noteworthy that his plagiarism is isolated to Melville’s novel, since what he admires most in it is Melville’s ability to synthesize a vast array of cultural sources. Melville stands for Dylan as the great vessel of traditions and texts, the one able to “put all his old testament, biblical references, scientific theories, Protestant doctrines, and all that knowledge of the sea and whales into one story.” Moby-Dick is this, certainly, but it is also a work caught between the quest for authorial sovereignty and the fellow-feeling of a communal embrace.

It would be one thing, then, if Dylan had plagiarized Melville and not the anonymous author of an online summary of Moby-Dick intended for high school and college students. But he didn’t. This author (perhaps a graduate student who some years ago took this assignment to earn a few extra bucks) has now been immortalized, but only by having her words kidnapped by a king. A spiritual fraternity of authors and ideas is all well and good when you’re the one doing the borrowing, but property rights start to sound much better when it’s your stuff being potentially stolen.

“Plagiarism and the Proprietary Self: Policing the Boundaries of Authorship in Herman Melville's" Hawthorne and his Mosses.”
By: Ellen Weinauer
American Literature , 69.4 (1997): 697-717
Duke University Press 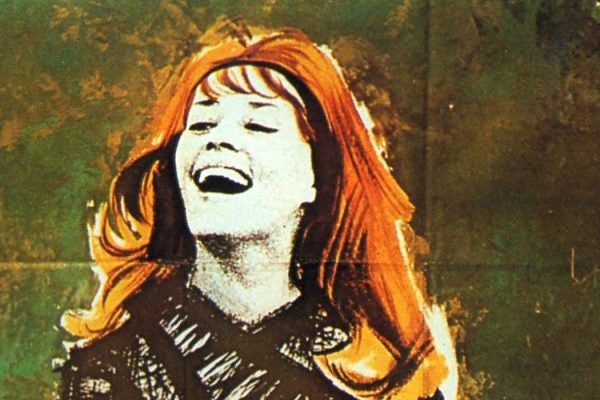 Jeanne Moreau and the Birth of Cool