They don’t campaign and very few know who they are, but you’ll be voting for them this November: introducing the Electors. Again. 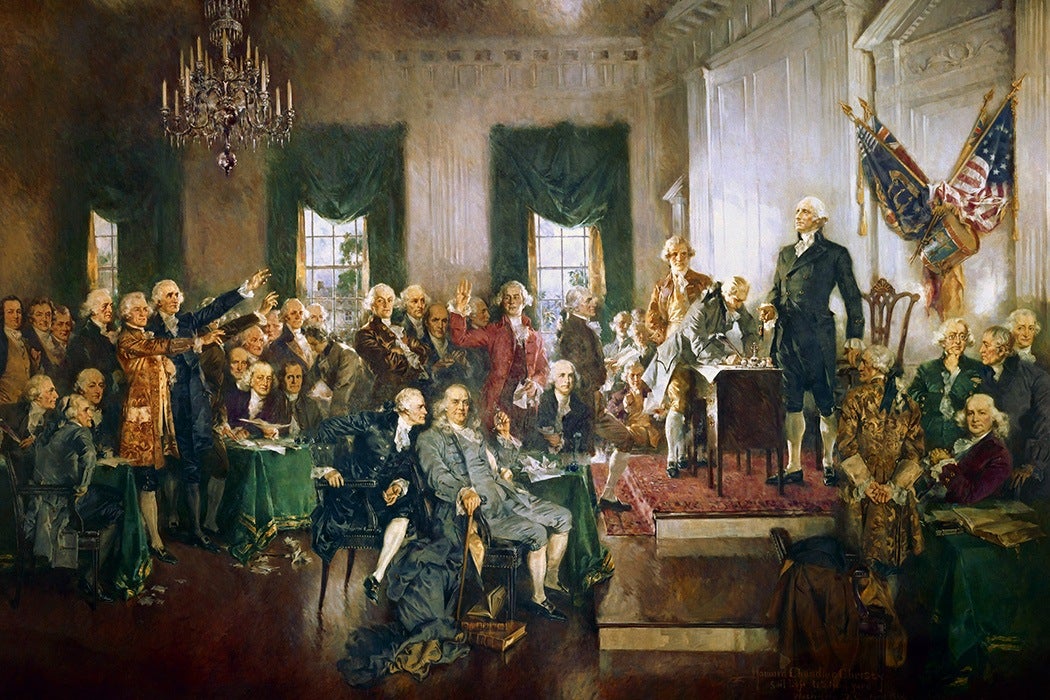 Scene at the Signing of the Constitution of the United States by Howard Chandler Christy
via Wikimedia Commons
By: Matthew Wills
2 minutes
Share Tweet Email Print

Which electors are you voting for this November? In the U.S., you may mark your preference for a Presidential candidate on the ballot, but what you’re actually voting for is the delegation of your state’s electoral college votes. And it seems as if, every four years, we all blink at this curious institution and say huh-wha, whatever happened to one person/one vote?

Blame the Constitution, that document of so many compromises. At the 1787 constitutional convention, some delegates wanted Presidents elected directly by popular vote; some wanted an especially selected group apportioned among the states to choose the President; and some wanted Congress itself to appoint a President. Among other issues, small states were worried about big states, and states with fewer slaves were worried about the advantage the three-fifths compromise would gave states with more slaves. What we got was a mixture of all three approaches: citizens vote for a candidate’s electors who are ultimately ratified by Congress. “Electoral College” does not appear in the Constitution; this name was only codified in 1845 as the “college of electors.”

The electoral college, like much else in the Constitution, was a compromise between early American political factions.

So, while millions will vote in November, the numbers that really count are quite small: it will take 270 electoral votes out of 538 to win the Presidency. Electors are apportioned by population, just like Congressional delegations. All the states except Maine and Nebraska award all their electors to the candidate who wins the most votes, even if that popular vote margin is just a single vote. The states decide how electors are divvied up, so Maine and Nebraska, the only exceptions to the winner-take-all system, use a variant of proportional representation. (Washington, D.C. has had electors since the passage of the 23rd Amendment in 1961.)

Larger populations, more electors, hence the great concentration on election night (not to mention the days before it) on potential swing states like Ohio and Florida. This system also explains why, four times in our history—1824, 1876, 1888, 2000—we have inaugurated Presidents who lost the popular vote.

Is this a good thing? Bernard Grofman and Scott L. Feld deliver a précis of what detractors and defenders say about the electoral system. Their analysis “suggests that the case against the Electoral College is far from clear, especially since we would be trading an institution whose pluses and minuses we know for one whose evils are yet to be determined.” Finally, they think neither large nor small states would want give up their respective advantages under the present system…which gets us right back to that constitutional convention in 1787. 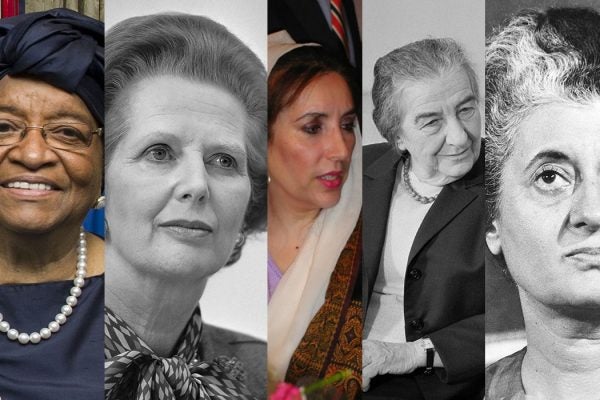 Women Leaders on the International Front

With the real possibility of the first woman being elected president of the U.S., let's take a look at the situation around the globe.