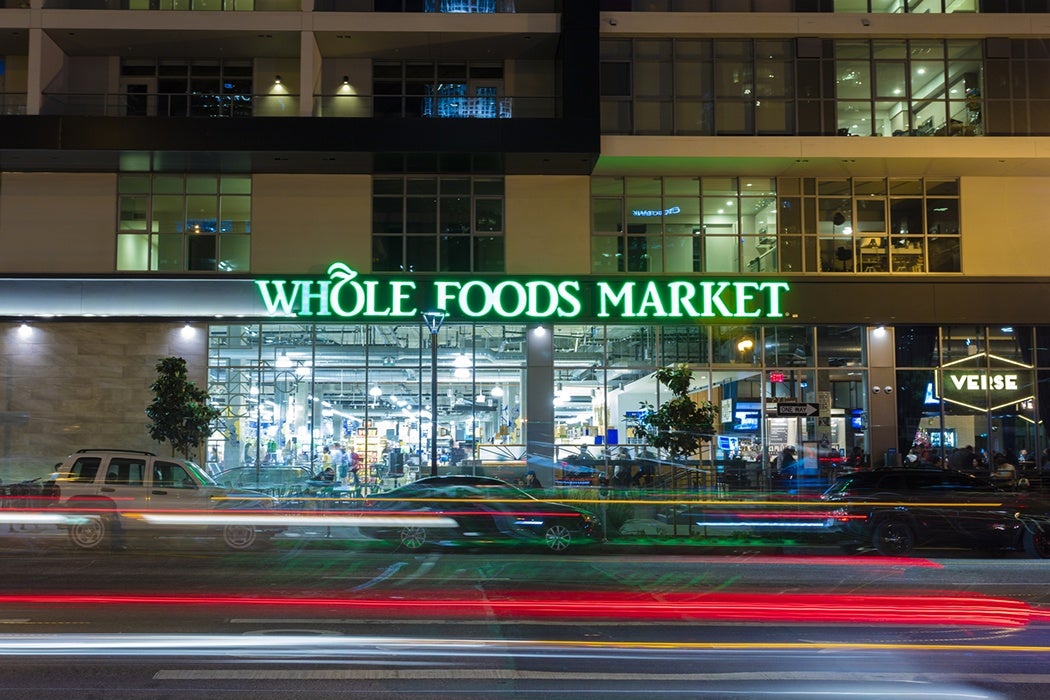 The recent announcement that Amazon will acquire Whole Foods has led to a lot of crystal ball gazing as industry observers try to figure out what this will mean for consumers, the grocery industry, and the future of retail in general.

But for the real meaning of this acquisition, look no further than your dinner plate. The internet has already transformed how Americans eat; the Amazon/Whole Foods deal is just the culmination of this transformation.

The Class-Based Subtext of Sustenance

To understand the impact of online life on our eating habits, we need to start by recognizing that eating is incredibly class bound.  As Sublette and Martin put it in “Let Them Eat Cake, Caviar, Organic, and Whole Foods: American Elitism, White Trash Dinner Parties, and Diet,” “[I]n American culture, food is not simply fuel used to fortify our bodies for survival, but has become laden with signification that links directly with social class. Americans reveal and project their lifestyles with the food choices they make on a daily basis.”

The Amazon/Whole Foods deal represents the apotheosis of class-bound eating in the age of the internet.

Class-based eating is nothing new. In his fascinating social history of American eating, Andrew Haley gives the example of late nineteenth-century eating habits:

The American elite celebrated French food as the world’s best cuisine, and not only went to restaurants that served American imitations of upper-class French cuisine, but also (starting with August Belmont in 1857) hired chefs from France to staff the kitchens of their mansions. French cuisine, with its own grandiose language and elaborate rituals of production, demonstrated the American upper class’s ability to consume conspicuously in ways similar to their European counterparts. American elites might not be able to claim ancestral titles (although they married their daughters to European aristocrats in order to brag that they had a duke or a baron in the family), but they could eat the way they imagined English and Hungarian aristocrats dined.

But class expectations for food aren’t written in stone. Indeed, “shifts in food culture occurred throughout the twentieth century as social standards and cultural expectations adapted to meet new needs,” Wimberley and McClean write in “Supermarket Savvy: The Everyday Information-Seeking Behavior of Grocery Shoppers.” “Sandwiches replaced hot meals as a typical lunch due to longer work hours outside of the home, and instant or frozen foods became viable options for busy families.”

The Introduction of the Internet

If dietary habits evolve in response to social and cultural changes, it should come as no surprise that the internet has affected what we eat. As Sublette and Martin write:

Among the middle and upper classes, three foodie ideologies emerge: the whole foods diet, the locavore diet, and the fine dining specialty ingredients diet. The whole foods diet signifies a concern for health and a desire for food to provide wholesome nourishment instead of factory chemicals to the body. The locavore diet focuses more heavily on environmental concerns along with health concerns. The locavore desires to leave a smaller carbon footprint by limiting the length of the distribution chain of his food, and at the same time fill his body with locally grown and what he or she considers to be more wholesome nutrition. The fine dining specialty ingredients dieter has little regard for food ethics, and is more concerned with the message embedded the food consumed. For this eater, food signifies the trappings of wealth, and the more rare and expensive the ingredients, the more entrenched he or she becomes in the higher social class with which he or she identifies.

We can see the internet at work in all three of these trends.  First, the internet has both fostered and facilitated the market for whole foods by enabling knowledge- and idea-sharing on healthy eating, and by improving the efficiency of the formerly “niche” market for health foods. As early as 1997, Sarahelen Thompson and Steven T. Sonka were able to predict that in markets like “the market for specialty and organic food products,” the internet “will increase market access and awareness of buyers and sellers,” thereby increasing competition. When it comes to the locavore diet, the internet has not only spread the gospel of local eating, but has also enabled local consumption with services like farm-to-table delivery or virtual gardens like the “Veggie Patch” service described by Lewis Holloway, who quotes the website’s pitch as follows:

What is My Veggie Patch?—it is about you having your vegetables delivered to your door—you decide what you want to grow and how they are to be grown—we do all the hard work and deliver the produce direct to you. My Veggie Patch—controlled by you, grown for you!

But the internet may have had the greatest impact on the lives of fine-dining foodies. As Wimberley and McClean note:

Above all, the internet has transformed the way we use food to project identity. As Haley puts it:

We locate prestige in taste, a personal, socially constructed, and constantly renegotiated sense of what is good and what is not. We read restaurant reviews in the local newspaper, consult Yelp and Urbanspoon on our cell phones, and take pictures of our food to post on Facebook. Our culinary predecessors, at least the ones I study in the late nineteenth and early twentieth centuries, did not. The value of the dinner for them was measured in the abundance of dishes, the quality of the conversation at the table, and the social status of the guests.

The Amazon/Whole Foods deal represents the apotheosis of class-bound eating in the age of the internet. Just as no brand can lay a greater claim to representing all three foodie ideologies than Whole Foods, no company has had a bigger impact on the way we shop in this era than Amazon.

In Whole Foods, we have grocery stores that—as Sublette and Martin put it—“embody some elements of all elitist American diets”:

For whole foods eaters, this grocery chain a playground of bounty. There is no longer any required sorting or thinking about food because everything in the store has already been screened by the buyers for Whole Foods Corporation. For the locavores, Whole Foods features as much produce as possible that is grown locally. For the fine dining specialty ingredients diner, the grocery store is full of oddball ingredients that are unlikely to be found in “regular” grocery stores, and any store that has earned the nickname “whole paycheck” because of the pricey groceries it carries has a certain appeal to these diners.

Thanks to Whole Foods, we are guaranteed a near-effortless path to Instagram photos of veggie-laden plates, Pinterest boards showcasing our locally-sourced eats, or Facebook posts that hold forth on the merits of organic charcuterie. And if Whole Foods has only made that demonstration near effortless, Amazon promises to take it the rest of the way.

That’s because Amazon has closed the online feedback loop, taking the digital footprint of our eating habits and feeding it back to us both literally and metaphorically. In an article about the way online shopping makes consumers more reluctant to try new brands, Andrea Pozzi notes a feature of e-commerce sites that can mitigate that tendency:

Recommendation systems offer suggestions to a customer based on her previous shopping history. The firm uses purchases by other customers with a similar shopping history to forecast the goods or offers that may be of interest to her. This system has been made popular by Amazon.com and Netflix. Inclusion of recommendations or context ads in the design of the Web site can make it easy for consumers to notice brands that they have not tried before, and thus to encourage experimentation.

In Whole Foods, Americans have had a grocery chain that has both driven and supported the wholesome, local, and refined eating habits expected by and of the middle- and upper-class — habits that can be showcased and celebrated in online photos, posts, and reviews. In Amazon, Americans have had a retailer that uses both seen and unseen data (like purchasing history) to reinforce elite shopping habits, and expose consumers to the food purchases of people with similar (and similarly class-bound) tastes.

Newly unified, these brands can give us what we’re really craving: a 3-D selfie of class identity, created with each snack, each tweet, and each grocery purchase. 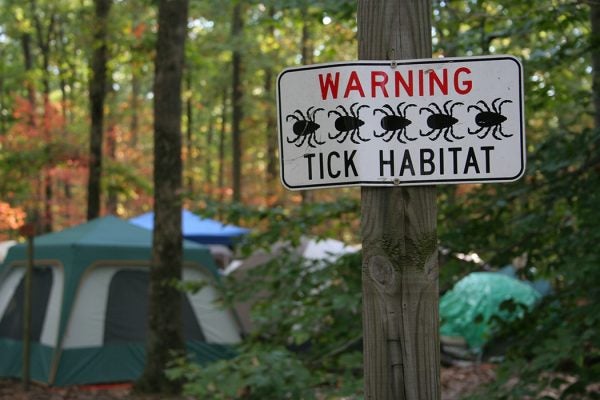 The Science of Ticks

A mild winter and abundant mice have led to a bumper crop of ticks this year, and with them tick-transmitted diseases including Lyme disease.