Cesare Lombroso wanted to use science to understand who criminals were. But his ideas about biological “atavism” easily transferred to eugenics and nativism. 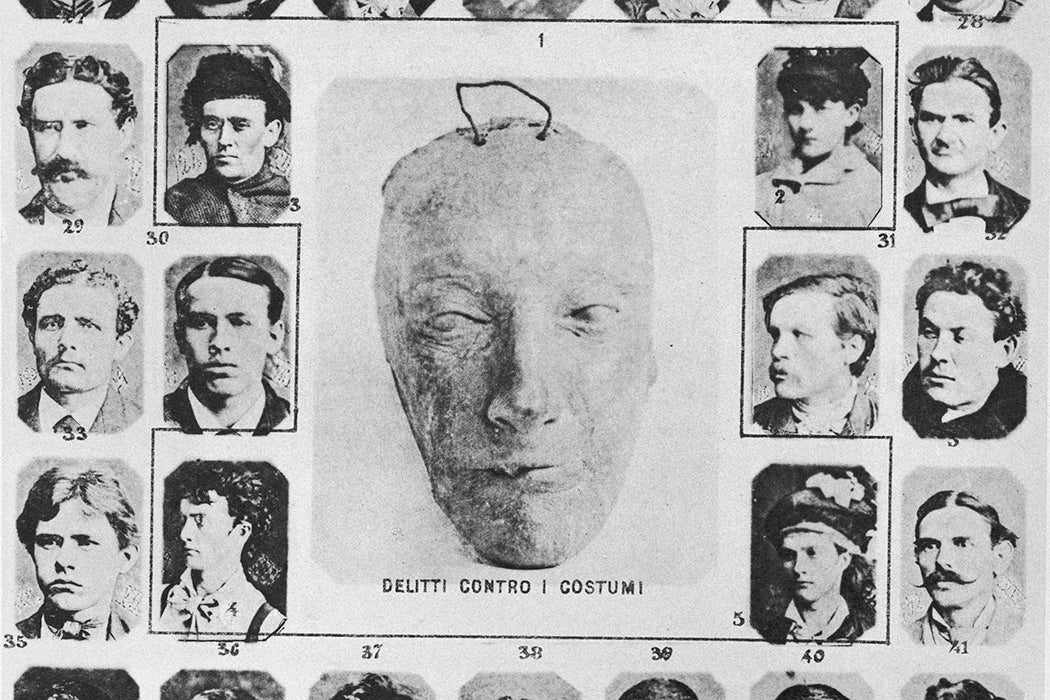 Photographs of criminals, with mask in the centre, from Cesare Lombroso's l'Uomo Delinquente, 1889
via JSTOR
By: Matthew Wills
3 minutes
Share Tweet Email Print

The Italian criminologist Cesare Lombroso died in 1909. His ideas, posthumously disseminated in English by his daughter Gina Lombroso-Ferrero, bloomed in strange ways in the United States in the early decades of the century. And more than a century later, vestiges of Lombroso can still be heard in the rhetoric of the “criminal element” and “superpredators.”

Scholar Emilia Musumeci explores Lombroso’s voluminous work in his native Italian context. Born in 1835, Lombroso grew up during the tumultuous period of Italian unification. “After the unification of Italy in 1861, there had followed a period of emergency stemming from gradual but inexorable migration from the countryside to the cities,” writes Musumeci. In Lombroso’s own words, “dangerous classes” of robbers, prostitutes, and subversives gave birth to a “tide of crime” that had to be explained as well as dealt with.

As Musumeci argues, “Lombroso embarked on a frantic search over the bodies and faces of prisoners and lunatics, in order to find the stigmata of deviance, the unmistakeable, irrefutable evidence that a criminal is predetermined to commit evil acts because he is biologically different from any other human being.” (Italics in original.)

Lombroso ’s 1876 L’Uomo Deliqnuente (translated as Criminal Man in 1911) offered an answer. Criminals were born, not made; they were atavistic throwbacks to a more primitive life form. And you could actually tell by looking at them, for their degeneracy was written into their faces, their bone structure, their physiognomies. Physical appearance reflected a moral “monstrosity” within. Lombroso’s works included such illustrations as that of the typical criminal’s ear.

Lombroso believed he found the key to understanding criminal degeneracy in an anomaly on the skull, which he found on a seventy-year-old brigand and then again on a notorious serial killer. He called this physical sign the “birth certificate” of criminal anthropology. Delving deeper into the criminal underworld, Lomobroso also found that tattooing and the use of slang were further proofs of criminal difference.

To combat all this, Lombroso called for “scientific policing.” He didn’t live to see the full flowering of his call, but his followers came through. The professor of forensic medicine Salvatore Ottolenghi set up the Scuola di Polizia Scientifica in 1907 in Rome, using an Identification card system to track the lives, careers, and family background of criminals. Another Lombroso acolyte, French policeman Alphonse Bertillon, developed a system of describing criminals by physical measurement. Mugshots and fingerprinting, fundamentals of the Bertillon System, can be directly traced back to Lombroso’s ideas.

Musumeci notes that the School of Police Science was readily incorporated into Mussolini’s Fascist regime in the 1920s. Ottolenghi adapted his cataloging system for use against enemies of the state. Data collection on criminals readily became data collection on all in the “process of fascistisation of all aspects of Italian society.”

On the other side of the Atlantic, Lombrosian theories were popularized. His notion of criminal atavism fit perfectly with the eugenics movement. His American followers included the nativist H. P. Lovecraft, who was obsessed with “race mixing” in his fiction, and Congressman Albert Johnson, one half of the Johnson-Reed Act of 1924. This was the law that banged the door shut on Asian immigrants and severely restricted immigration from southern and eastern Europe through a quota system. Ironically, this could have included Lombroso, an Italian. 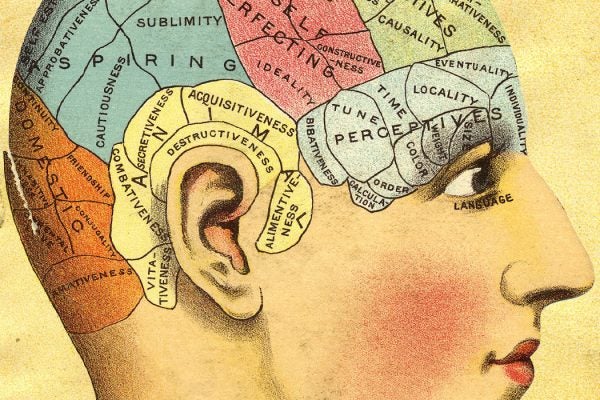 The pseudoscience of phrenology included a notion of body as text that Whitman loved. But the craze of "bumpology" also had a darker side.