The pseudoscience of phrenology included a notion of body as text that Whitman loved. But the craze of “bumpology” also had a darker side. 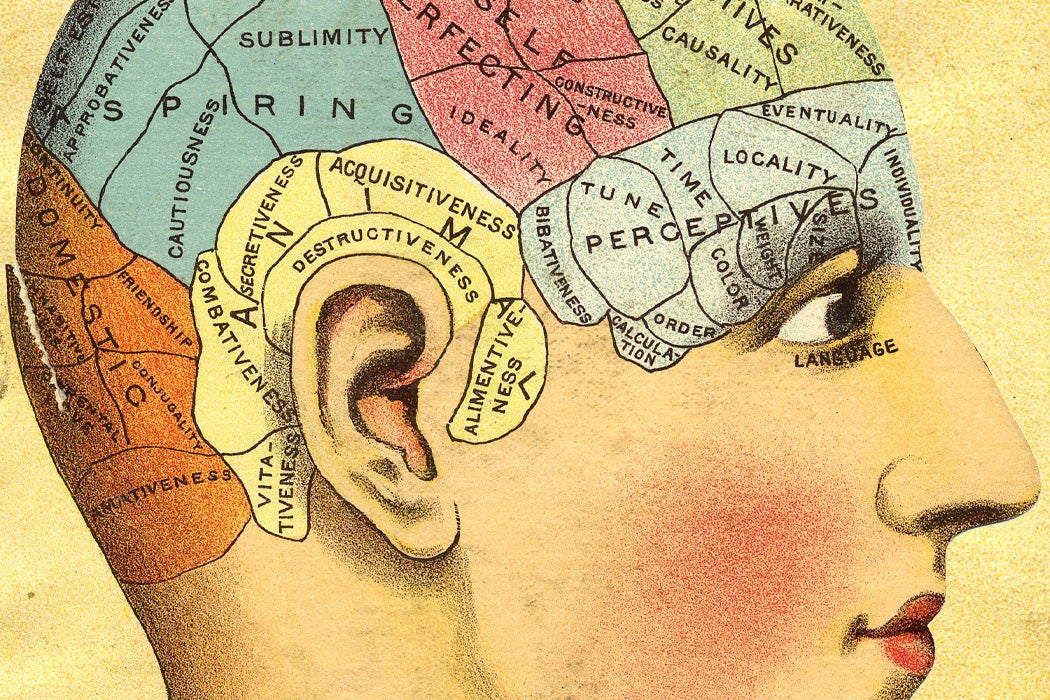 Walt Whitman is known as “America’s poet” and the “father of free verse,” but few know that in addition to poetry and politics, he was obsessed with phrenology. According to the nineteenth-century “science of mind” known as phrenology, the mind/brain was divided into different faculties which controlled different aspects of personality. These different faculties and thus one’s personality were thought to be revealed by the shape of the head. A bump on the skull showed a well-developed phrenological attribute. A well-rounded head, therefore, meant a well-rounded personality.

“Bumpology” was a common nickname for this popular and influential pseudoscience, which would be parodied by Poe, Twain, Melville, and others…but not Walt Whitman. He was so pro-phrenology that in 1848, he had a chart of his head made at the famed Phrenological Cabinet on Nassau Street in Manhattan. Whitman kept this chart for the rest of his life, upgrading some of his scores as he saw fit. He even included it in three editions of Leaves of Grass because he thought it gave him creditability as a poet: “It was, according to phrenological opinion on the subject, a poet’s chart,” writes poet and critic Nathaniel Mackey.

The notion of body as text, and the text as body, repeated throughout Leaves of Grass, was Phrenology 101.

The positive feeling was mutual. Fowler and Wells, owners of the Cabinet and recognized leaders in the field, published the second edition of Leaves of Grass. Their American Phrenological Journal also published Whitman’s anonymous review… of his own Leaves of Grass.

As Mackey makes clear, phrenology was central to Whitman’s conception of “a reformation of poetry and for poetry as a means of reformation.” The notion of body as text, and the text as body, repeated throughout Leaves of Grass, was Phrenology 101. Phrenological categories included Amativeness, the propensity for sexual love; Philoprogenitiveness, a love of offspring; Adhesiveness, for friendship and camaraderie; Alimentiveness, which controlled the appetite, and so on. “Adhesiveness became Whitman’s favorite phrenological term.”

A significantly commercial undertaking, practical phrenology marketed the idea that a person could change his or her character; bumps, like muscles, could be made bigger or smaller through more or less exercise. A belief in the changeability or, even, perfectibility of personality was crucial to phrenology’s program of improvement and social reform.

That’s not how phrenology worked in the beginning, however. It was initially called cranioscopy by its inventor, German physician Franz Gall. Gall held a dark view of human nature, going so far as to label one section of the brain “Murder.” In America, phrenology—the term was coined by Gall’s assistant Johan Spurzheim—was transformed from a gloomy Germanic destiny into a self-help scheme. “Self-esteem” was one of the phrenological categories; perhaps unsurprisingly, Whitman scored high on this one.

But phrenology wasn’t just a self-help hustle. It had a darker side, paving the way to the “scientific” racism of the late nineteenth. Skull-measuring and IQ-testing were phrenology’s children. A phrenological diagram Mackey reproduces posits cranial development and forehead slope for seven types of humans (Human Idiot, Bushman, and so on to the “Highest Type,” the “Caucasian”). “Phrenology presented a version of manifest destiny at the individual level, mapping the head and making it readable,” writes Mackey, alluding to the political manifest destiny of westward expansion. It’s worth remembering that Whitman himself was all for the U.S. taking Mexican and Oregon territories, and although he opposed the spread of slavery, Whitman’s racial views were not at all as radical as his poetry. 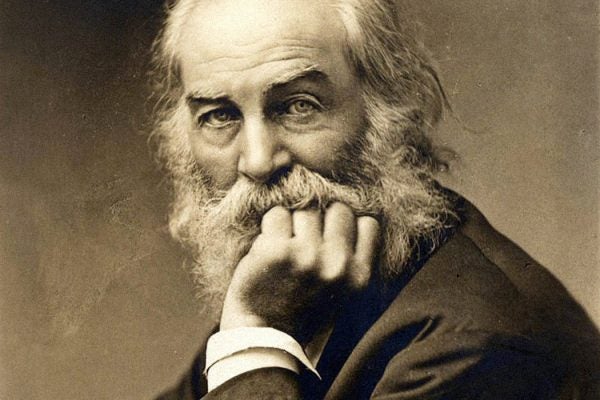 Should Walt Whitman Be #Cancelled?

Black America talks back to "The Good Gray Poet" at 200.