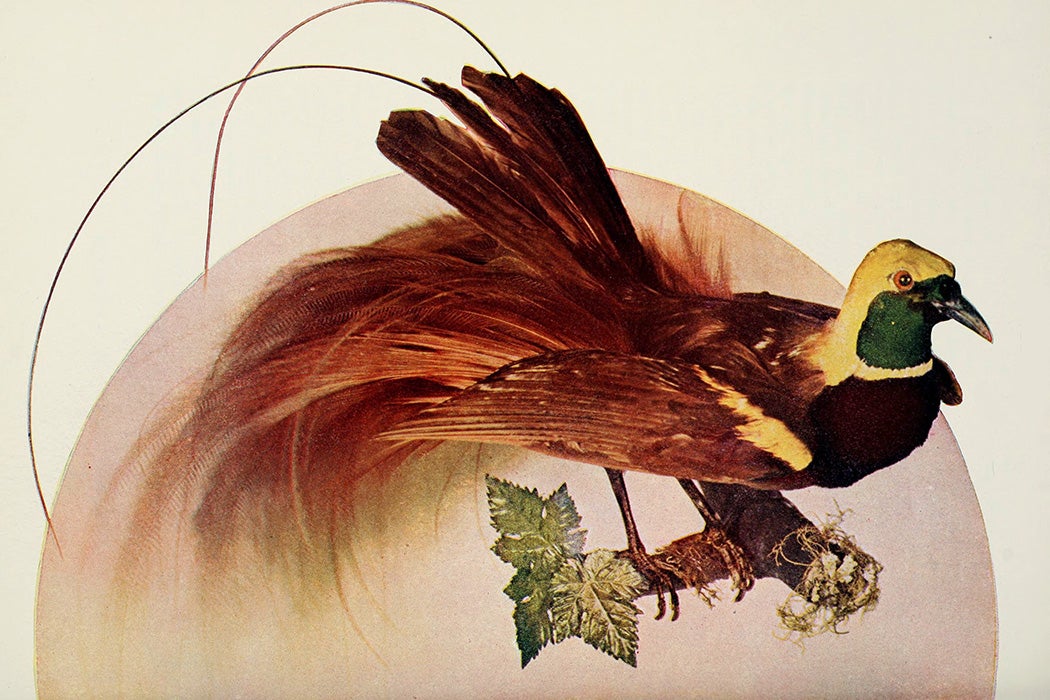 When Charles Darwin published On the Origin of Species in 1859, it outlined a new scientific theory. Darwin reasoned that populations of organisms evolve over generations through a process that he termed “natural selection.” His work offered evidence that the diversity of life on Earth arose by common descent through a brachiating pattern of evolution. Origin explained the diversity and existence of new plant and animal species, but Darwin tiptoed around the question of what exactly this process would mean for humans and our own biological beginnings.

It wasn’t until The Descent of Man, and Selection in Relation to Sex, published twelve years later, that Darwin picked up the question of human evolution specifically, calling the question of our species’ origin “the highest and most interesting problem for the naturalist.” The Descent of Man outlines the theory and evidence for human evolution that Darwin had amassed, as well as his arguments about the origins of civilizations, human races, and sex differences—such as the evidence for each was in 1871. Ever since its publication, Descent has prompted vigorous debate in scientific circles, to say nothing of the fervor it’s ignited within religious, political, and social groups.

To celebrate The Descent of Man’s sesquicentennial, the paleoanthropologist Jeremy DeSilva gathered a team of anthropologists (along with a historian and science writer) to update, interpret, and correct Darwin’s science. The result, A Most Interesting Problem: What Darwin Got Right and Wrong About Human Evolution is a fascinating, comprehensive, and accessible collection of essays.

Each chapter in A Most Interesting Problem tackles a chapter from Descent by situating Darwin’s work in his proper, historical context and then describing “what science knows now.” For example, in Chapter 1 of The Descent of Man, Darwin drew on evidence from comparative anatomy and embryology to show that similarities in the structure and embryonic development of living animals could provide clues about how human evolution unfolded. In short, Darwin argued that stages of an embryo’s development mimicked, “recapitulated,” an organism’s evolutionary history. In “The Fetus, the Fish Heart, and the Fruit Fly,” ­­Alice Roberts points out that while there are links between embryological development and evolutionary history, the specific “recapitulation” idea proposed by Darwin no longer holds up.

What did Darwin get right about human evolution in 1871? What did he get wrong? In a word, plenty.

But rather than just offer a chapter-by-chapter critique of Descent, the essays in A Most Interesting Problem also explain how the study of human origins has unfolded in the subsequent 150 years, emerging as a vibrant scientific field full of exciting discoveries and new research questions. Each essay reminds readers that science—good science, that is—is “a collective enterprise that unfolds over generations as we test and retest old ideas and develop new ones to make sense of our world,” as DeSilva notes in the book’s preface.

Without a record of fossil hominins and DNA evidence to draw from—lines of evidence that have crucial importance for contemporary research—what did Darwin get right about human evolution in 1871? What did he get wrong? In a word, plenty.

In The Descent of Man, Darwin argued that humans evolved in Africa and, indeed, the fossil record shows a long history of hominins in Africa. “As a paleoanthropologist of African origin [of course, we are all Africans!], it gives me pride and honor to actually find ancient fossil remains of our ancestors in the continent that Darwin predicted they would be found,” the paleoanthropologist Yohannes Halie-Selassie notes. Darwin suggested that humans were not the only toolmakers and tool users on earth and that non-human cognition was significant. “Ever since Darwin, nonhuman primates, then non-primate mammals, and more recently birds have been awarded higher cognitive status than even Darwin himself might have suspected,” the neuroscientist Suzana Herculano-Houzel explains. Darwin claimed that morality appeared early in human evolution and wasn’t necessarily tied to the trappings of modern civilization. As the anthropologist Brian Hare points out: “We leave with the same radical conclusion that Darwin reached: Religion did not create our morality. What we might recognize as morality, in some nascent form, appeared with the birth of our species.”

But because science is nothing if not a product of its social and historical context, it turns out that Descent’s legacy is complicated. One hundred and fifty years after Descent’s publication, it’s easy to see that “Descent of Man shows Darwin at his most Victorian,” as the historian of science Janet Browne astutely observes in the book’s introduction. It’s impossible to read Descent of Man and not be struck by how much Victorian sensibilities about race and sex permeate Darwin’s writings. The ideas were problematic then, and their legacy is problematic now. There is, in short, a lot of science that Darwin got wrong.

Specifically, Darwin’s idea that the history of human social organization follows a neat, linear trajectory of savagery to civilization is no longer de rigeur in archaeological and paleoanthropological research. The bioarchaeologist Kristina Killgrove emphasizes:

We no longer subscribe to the nineteenth-century ideas… [that] insisted that humans progress linearly from savagery to barbarism to civilization. Rather, we talk about different forms of societies in a more diversified way.

Darwin thought that human diversity could—and ought—to be described through race. “Our scientific understanding of genetics, human biology, and human evolution has advanced substantially since Darwin’s time. We can clearly and explicitly refute the hypothesis that humans are divided into ‘races’ [e.g., African, European, Asians, etc.] that are biological units,” the anthropologist Agustín Fuentes states. Finally, Darwin used his science to reinforce Victorian assumptions about sex and gender that can still be found today. As the anthropologist Holly Dunsworth argues:

We owe it to our species to break the link between Darwin’s inchoate offerings and their perceived social implications. Outdated science-inspired narratives alienate people from our shared-origins story, making it difficult for many people to claim it for themselves.

Perhaps the most compelling theme that underscores A Most Interesting Problem is the lack of sensationalism and hero-worship that Darwin—as a pivotal figure in the history of science—is often afforded. A Most Interesting Problem gives credit to Darwin where credit is due, but is unabashed in its systematic rejection of outdated science. “One hundred and fifty years after the publication of Descent, much of the public, including a cluster of academia, continues to repeat and perpetuate the same mistakes Darwin did. That must stop. We must challenge and refute racist pseudoscience,” Fuentes states. It’s important, in other words, to grapple with The Descent of Man: its legacy has implications for policy and society.

Fundamentally, Descent is a book about origins. It’s about origin stories and the science of understanding origins. A Most Interesting Problem reminds readers that research into human origins is an ongoing process, leaving us to wonder how the next 150 years of scientific study will continue to inform how we think about Darwin’s work, and to wonder what new discoveries will unfold.