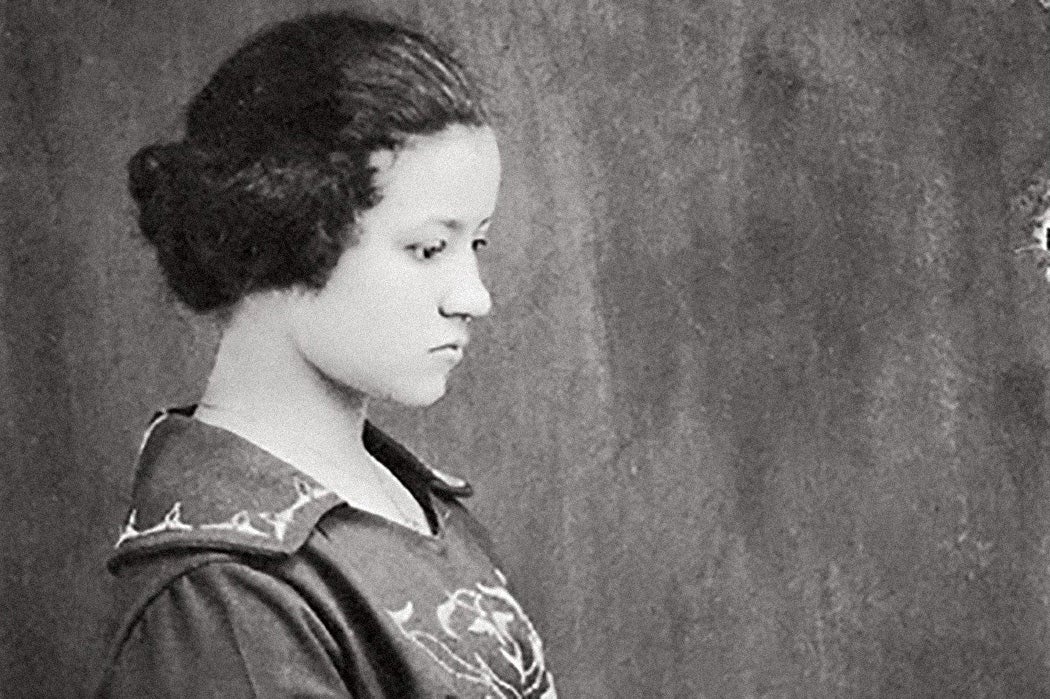 In the 1920 US census, 101 Black women listed photographer as their occupation. This is a small number, sure, but that number represents 101 women who were going against the conventions of their time. As historian Kenya Davis-Hayes writes, Black women professionals were “in an age where both blackness and femininity easily could impede one’s aspirations.” Those women were stepping beyond prescribed notions of femininity and into lives of their own making. Among them was Florestine Perrault Collins. Her work pushed back against prevailing narratives about race and gender, and, as American Studies scholar Arthé A. Anthony explains, she was able to serve “as her own boss in a period when most of the few black women photographers were working with their husbands as less than equal partners.”

Collins’s family was part of the tight-knit Black Creole community of New Orleans, which was “defined by familial and social networks, Catholicism, occupational and residential patterns, language, and a heritage of freedom.” Her father was a bricklayer, a common job for Creole men at the time, and earned a good living, Anthony explains. However, with rising costs, he didn’t earn enough to keep his daughter in private school, ending her formal education at age fourteen. And when her parents welcomed another baby, Collins, the oldest of the six, went to work to help support the growing family.

“If they thought that I was colored they probably wouldn’t have allowed me to take pictures.”

Collins’s light skin allowed her to pass for white, and she found work as a photographer’s assistant. As she recalled, “if they thought that I was colored they probably wouldn’t have allowed me to take pictures.” She worked as a clerk and later as a developer for white photographers in the city. But her biggest move came when she opened her own in-home studio.

This wasn’t unlike other women photographers. Most white women photographers were shooting portraits in home-based studios, which, as Anthony points out, subverted the ideas of working outside the home. These women “maintained the illusion that [they]…were devoted to domesticity, hence complementing patriarchal values.” Collins likely chose a home studio for similar reasons. But in another challenge to the system, she eventually opened a studio in the city’s thriving Black business district, and “quickly gained the confidence to challenge both racial prejudice and traditional views toward women’s work.”

Yet some of her biggest challenges were at home. Her first husband was controlling, which limited the kind of work she could do. There were no parades or performances. No rallies or graduations. “I was married to Eilert Bertrand and I had to walk the chalk line,” Collins recalled. Even with those restrictions, she was able to create a thriving business, an achievement that spoke to the era’s fight for civil rights.

Middle-class pursuits, like photography, were seen as a way for Black Americans to gain a foothold in American culture at large. Collins’s beautiful, tasteful portraits of Black people countered “whites’ deep-seated stereotypical assumptions about blacks.” Through her skilled marketing and artistic talent, Davis-Hayes explains, Collins was able to rival “noted black male photographers, and her work was trusted for the most important of occasions.”

As Anthony explains, Collins’s work served as a way to change perceptions of Black people, which many hoped would change their treatment. She showed how Black people viewed themselves, “constructing self-images of black women and children in opposition to the pervasive racial stereotypes that worked to rationalize racial discrimination and segregation”

African American Photography in Chicago and New Orleans in the First Half of the Twentieth Century
By: Kenya Davis-Hayes
Journal of American Ethnic History, Vol. 33, No. 2 (Winter 2014), pp. 88–92
University of Illinois Press on behalf of the Immigration & Ethnic History Society
Florestine Perrault Collins and the Gendered Politics of Black Portraiture in 1920s New Orleans
By: Arthé A. Anthony
Louisiana History: The Journal of the Louisiana Historical Association, Vol. 43, No. 2 (Spring, 2002), pp. 167–188
Louisiana Historical Association