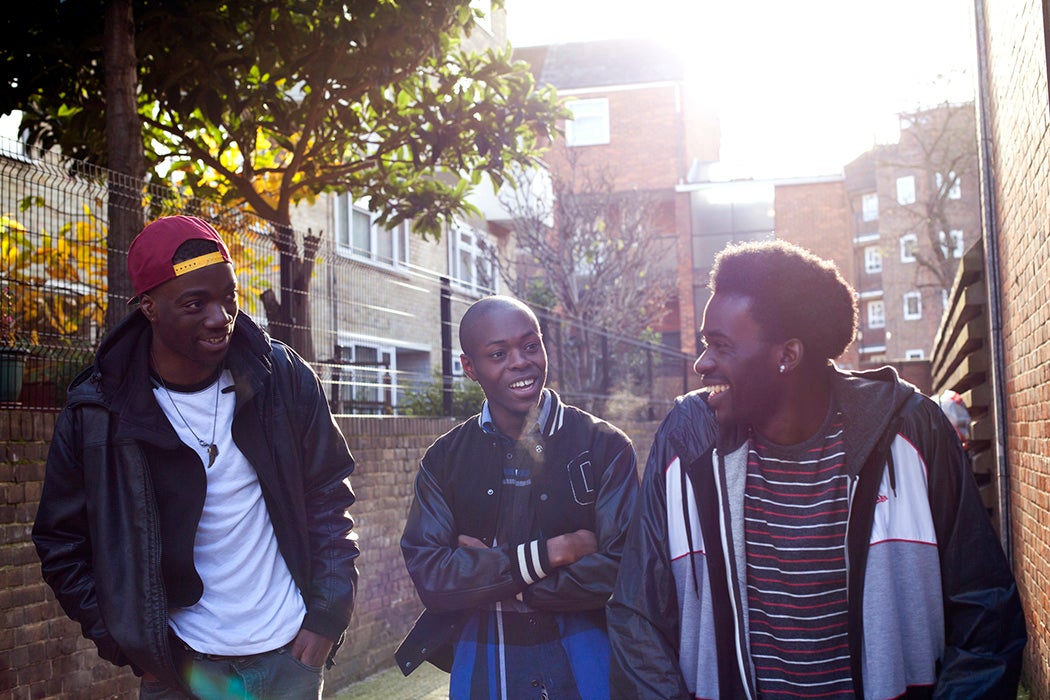 Ain’t nobody got time for double negatives…said no grammar pedant ever. To a prescriptivist, using double negatives for actually emphasizing more negation is just the worst. If I’m not saying nothing, obviously I must be saying something. As the assumption goes, because two negatives must logically cancel each other out, people who use double negatives in this way must also logically be uneducated or unintelligent. This, of course, is a false belief that is still widely shared in mainstream American culture (possibly even among speakers who regularly use double negation themselves).

Like many language myths that are still fervently repeated, it’s only since the eighteenth century that we became loath to use double negatives in this way (no thanks for nothing to the grammarian Robert Lowth) and to consider it wrong and illogical. Before then, speakers were using double negatives illogically daily (and probably twice on Sundays), from Chaucer to Shakespeare and many others. Surprisingly, it was not impossible that people could have no trouble understanding each other whatsoever. Nevertheless, standard English speech finally rid itself of this turbulent double negation, until it is now seen as not merely ungrammatical—it’s also socially unacceptable.

It still is very much the case that many people, without thinking, can harbor negative assumptions about the different ways other people speak.

Well, why does this matter? As flippantly as we can talk of language myths, put simply, what’s widely considered bad grammar, or bad language, can have truly problematic repercussions for how many people live, especially for those who speak dialects that aren’t considered standard, mainstream, or prestigious. It still is very much the case that many people, without thinking, can harbor negative assumptions about the different ways other people speak. This can have a profound effect on how whole speech communities can live, learn, work, and even play. Getting job interviews, renting an apartment, raising kids to have better options and advantages, even getting through an unexpected, fraught interaction with the police—all these things can be made much harder simply because of a particular accent or dialect.

African American Vernacular English (AAVE) speech or Black English (often used as an umbrella term for the many varieties of speech used by African American communities) is a prime example of how a regular way of speaking can have a major impact on people’s lives. On absolutely no scientific basis, linguistically consistent grammatical features like double negatives, along with other marked grammatical differences to standard American English, such as use of habitual be, as in “he be walkin’,” or perfective, as in “he done did it,” have stigmatized the speakers of Black English as linguistically backward, uneducated, or unintelligent.

Black speech has historically been maligned as just a broken form of English, but this is as unfair as it is wrong—many of its core grammatical structures can be found in many other languages. Those who consider themselves culturally aware might marvel at a politician’s empty but seemingly erudite smattering of Ancient Greek, in which the double negative construction, for example, is correctly used to emphasize a negative meaning, not cancel it out. And the usual way to express a negative in oh-so-chic French is with two negative elements (ceci n’est pas une négation, par exemple).

These grammatical structures in influential foreign languages that are culturally valued by a wider mainstream society are often the very same systematic structures that many unthinkingly despise in more marked or less prestigious dialects of English, such as in Black English. For the grace of being another language, Black English speech might have been considered as linguistically civilized as a classical Greek or Latin, or as linguistically chic as French or Italian.

There’s one kind of story, in which the rough-and-tumble speech of the people later acquires legitimacy and prestige as a valid, socially accepted language, through cultural objects such as the printed word, popular culture, and a community’s linguistic pride. It happened to standard English, which was once a nonstandard creole of divergent linguistic influences, as it has to other languages of the world. So why not Black English? The dialects of an entire speech community have a perfect right to be respected as other, more prestigious languages are. What makes one system of speech a language and another a dialect and still another a despised, broken speech, after all, is subjective and political.

In fact, it once did happen that some tried to elevate the status of Black English to the level of a language in the eyes of the general public. For decades, linguists and other educators, pointing to the logic and science of language, have tried to convince people that Black English exists, that isn’t just a politically correct label for a poor version of English but is a valid system of language, with its own consistent grammar. In 1996, with the unanimous support of linguists, the Oakland School Board voted to recognize AAVE, or the more politicized term “Ebonics” (a portmanteau of “Ebony” and “phonics”), as a community language for African American students, a decision which might have opened up much needed additional funding for education.

Instead it resulted in intense public backlash and derision due to the still widespread, incorrect belief that Black English was an inferior, uneducated form of English associated with illiteracy, poverty, and crime. It’s hard for a language to get ahead when it keeps getting put down. Some linguists, such as John Russell Rickford, have noted how even sympathetic linguistic research, which has derived a lot of benefit and understanding from Black English grammar, can unknowingly focus on data that represents African American communities negatively, giving “the impression that black speech was the lingo of criminals, dope pushers, teenage hoodlums, and various and sundry hustlers, who spoke only in ‘muthafuckas’ and ‘pussy-copping raps.’” The term “Ebonics” even now is used mockingly by some as a byword for broken English.

Perhaps no other variety of speech has been quite so significant, innovative, and influential to the development of standard American English.

But Black English is not just one monolithic dialect spanning the many millions of speakers across the country. There are rich regional and class differences with a deep linguistic history intertwined with stories of migration and movement, and there are dialects that grew to include more standard as well as vernacular forms. There’s an almost relentless creativity to the linguistic innovations found in Black English. In fact, as linguists have found, there’s a lot more that Black English speech can teach about language in general and a lot more that Black English has contributed to American cultural life, both past and present, than it may ever get back in kind, given its reputation as a broken language.

This is the remarkable twist to this tale. All along, while standard American English was busy convincing everyone that it was a superior dialect, it’s Black English that’s been a true cultural and linguistic force in contemporary society. Standard English is in fact deeply indebted to this so-called impoverished speech. It’s Black English that has left its mark on the popular culture we participate in, sliding seamlessly into the language of art, music, poetry, storytelling, and social media. Perhaps no other variety of speech has been quite so significant, innovative, and influential to the development of standard American English.

Linguist Margaret G. Lee notes how black speech and verbal expressions have often been found crossing over into mainstream prestige speech, such as in the news, when journalists talk about politicians “dissing” each other, or the New York Times puts out punchy headlines like “Grifters Gonna Grift”. These many borrowings have occurred across major historical eras of African American linguistic creativity. Now-common terms like “you’re the man,” “brother,” “cool,” and “high five” extend from the period of slavery to civil rights, from the Jazz Age to hip-hop: the poetry of the people. This phenomenon reflects how central language and the oral tradition are to the black experience. As Lee points out, from “the disguise language used by enslaved Africans to conceal their conversations from their white slave masters to the lyrics of today’s rap music, [the magical power of] the word has been shaped by a time when, as observed by Harlem newspaper writer Earl Conrad, ‘it was necessary for the Negro to speak and sing and even think in a kind of code.'”

It’s a kind of code that’s highly creative, and conducive to sharing. Despite this speech being “low prestige,” there’s a strong covert prestige to using African American vernacular speech. As outside the mainstream as it is, it’s often seen as cool for rebellious outsiders to use these expressions, from fans of hip-hop and jazz to other marginalized but influential African American sources of language such as in camp or drag queen linguistics. It’s a sign of a strong linguistic culture, tradition, and community that linguistic innovations can be so widely distributed and end up having such an outsize impact on the standard language.

It’s ironic that Black English speech is still dismissed and devalued as being linguistically broken, and at the same time is one of the richest sources of lexical innovation in English. It’s clear that the linguistic creativity of Black English and African American vernacular speech, which across history has contributed so much to standard American English and American culture, is something to celebrate, not despise. It’s not just another language. To those who speak it, and to those who feel its cultural impact—Black English matters. 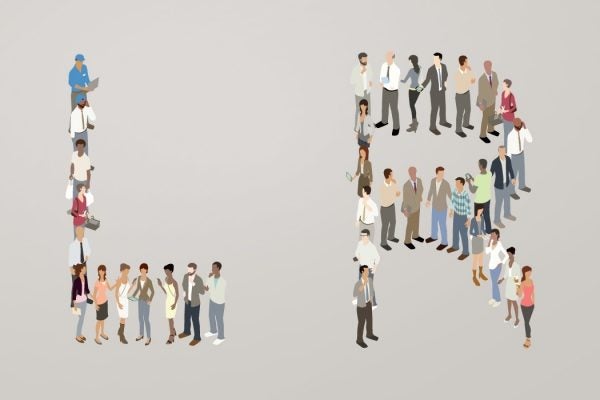