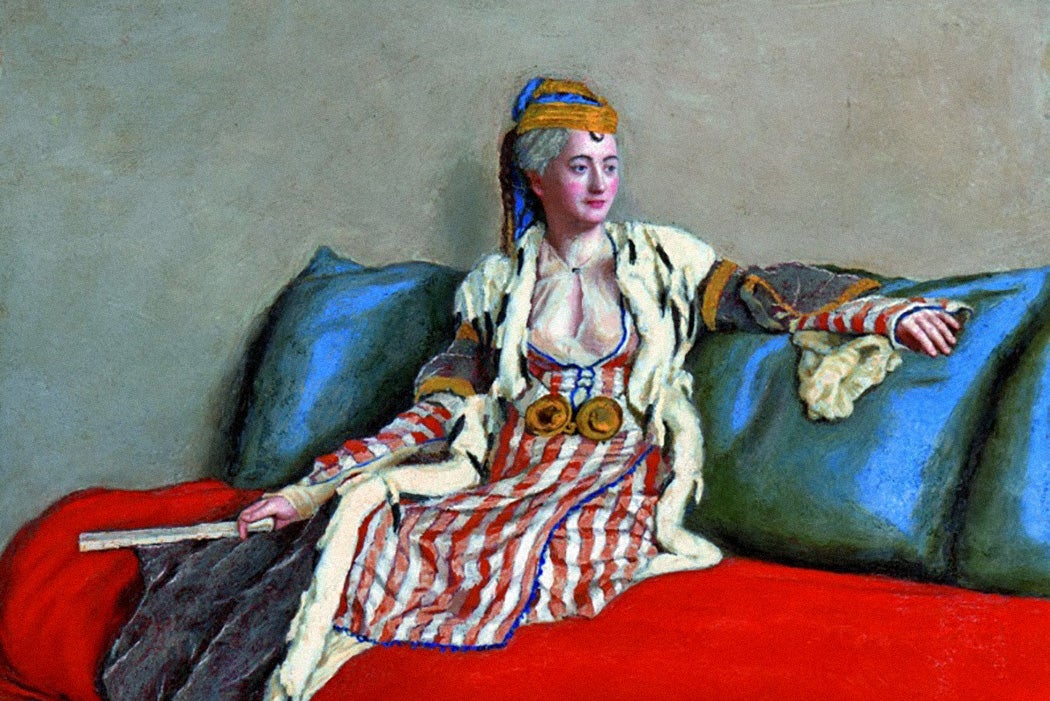 As scientists develop a COVID-19 vaccine, it’s worth looking back at the popularization of vaccination’s predecessor, variolation. Also known as engrafting, variolation consisted of taking pus from a person afflicted with smallpox and putting it beneath an uninfected person’s skin. This resulted in a local infection, which would produce antibodies.

As historian Diana Barnes notes, scholars have long credited its popularity to the eighteenth-century English noblewoman Lady Mary Wortley Montagu. Barnes argues that Lady Mary received her reputation as a trendsetter due to her intellectual prowess, enlightened reputation, and societal networks, including her own aristocratic circle.

While she was sick, Lady Mary soaked up knowledge about smallpox from her attending doctors.

At the time, smallpox “was considered particularly devastating for women, since survivors were left disfigured,” Barnes writes. Contemporary literature regarded women with scarred skin as “morally degenerate”; when Lady Mary contracted smallpox in 1715 and lost her eyebrows, people wondered if her “disfigurement would hamper her husband’s prospects,” according to Barnes. But Lady Mary “defied the assumption that disfigured woman lacked agency or utility in society and demonstrated her willingness to fight pestilence for the common good.”

While she was sick, Lady Mary soaked up knowledge about smallpox from her attending doctors. Some belonged to the Royal Society and were thus aware of variolation. In 1716, she traveled to Istanbul with her husband, ambassador to Turkey, immersing herself in local culture—even attending “ritual engrafting ‘partys.’” After she witnessed engrafting’s effectiveness, Dr. Charles Maitland variolated her son in Turkey in 1718. Her daughter was variolated back in England three years later, and it caught on.

Lady Mary was the first person to have a child variolated on English soil, by Maitland, and she showed off her daughter to friends. Eventually, her peers adopted the new science and engrafted their own offspring. This power to openly support variolation was, in part, due to Lady Mary’s status as an aristocratic woman. In the eighteenth century, elite women were publicly engaging in literary and religious discourse; Lady Mary’s father, the Earl of Kingston, found his daughter a particularly apt pupil. She learned that “educated ladies of quality had a special role to play in society,” according to Barnes.

Caroline, Princess of Wales, ordered the procedure tested on prisoners. Once she deemed it effective, the future queen’s own daughters were inoculated in 1722. Maitland publicly praised variolation as “ingenious” and lionized Lady Mary in the press. She transformed into the “embodiment of high-minded aristocratic judgment benefiting England at large.” Opponents of variolation portrayed her and her peers as “espousing old-world values, patronage, and aristocrat-led trends,” their beliefs at odds with new technology and science. Some even sniffed at variolation as mere fashion rather than a valid medical procedure.

Though Lady Mary became ensnared in “a public debate about who should guide public opinion,” Barnes suggests her success in popularizing variolation indicates that “medico-scientific culture had not yet displaced the traditional modes of social authority represented by aristocrat-led trends.”

The Public Life of a Woman of Wit and Quality: Lady Mary Wortley Montagu and the Vogue for Smallpox Inoculation
By: Diana Barnes
Feminist Studies, Vol. 38, No. 2 (Summer 2012), pp. 330-362
Feminist Studies, Inc.