Within the alienated and antagonist cultures inside Israel’s borders, Arabic and Hebrew—related, but mutually unintelligible languages—cross-fertilize each other. 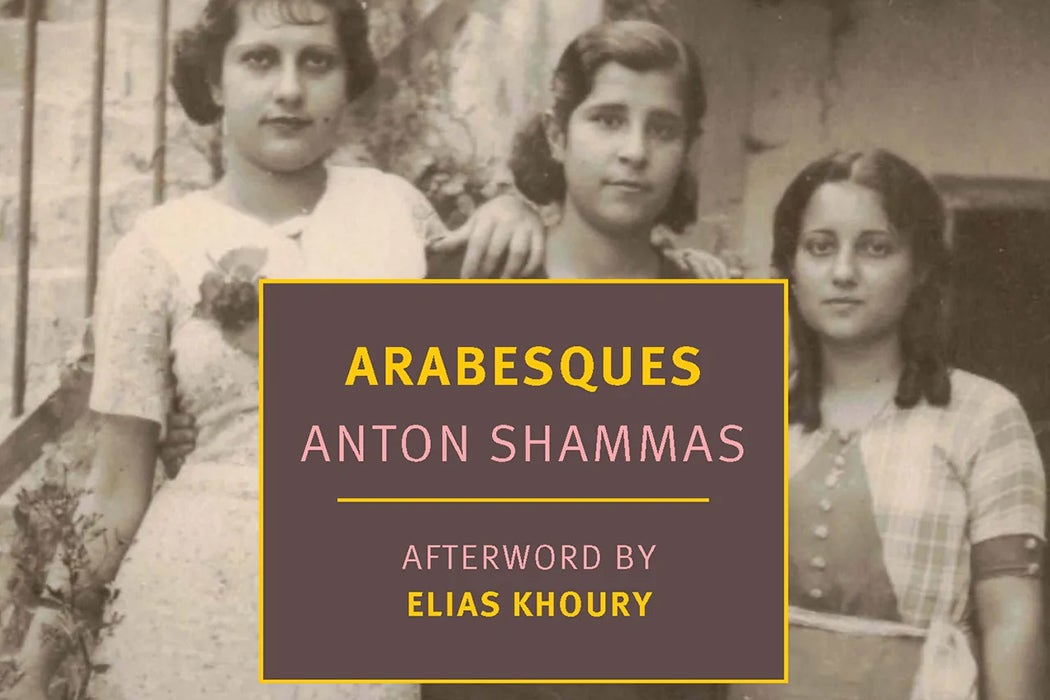 From the cover of the NYRB edition of Arabesques
By: Matthew Wills
3 minutes
Share Tweet Email Print

“Translation” originally meant moving a body. Dead saints and live bishops, for instance, were translated from one place to another. Today, we mostly only use “translation” to mean words transported into other languages, where, unlike bodies, they often change completely.

When Anton Shammas’s Arabesques was first published in 1986, it crossed a notable translational fault line. It wasn’t the first Hebrew-language book written by a Palestinian in Israel, but it became the most famous. The best-seller’s English translation made it to the New York Times’s seven best novels of the year in 1988, but it’s the Hebrew original that drew the attention of scholars Adel Shakour and Abdallah Tarabeih.

“Almost all Israeli Arabs have at least some Hebrew proficiency, and the language is taught in Arab schools,” they explain. “For Israel’s Arab citizens, Hebrew is the key to the dominant Jewish majority and most of its social, financial, and educational resources; it is therefore essential in the minority’s daily life.”

Modern Hebrew is the official language of Israel. The minority Palestinians have a complicated relationship to the majority’s language. Living in Israel means Hebrew is a necessity, but Palestinian identity is intimately connected to Arabic. The language of “Islamic liturgy and the Quran” has a high status among Israeli Palestinians, the majority of whom are Muslim.

In the press of linguistic intimacies in Israel, the two Semitic—related, but mutually unintelligible—languages cross-fertilize each other.

“Israeli Jewish society appears to perceive Arab culture as inferior, less modern, and less sophisticated,” write Shakour and Tarabeih, an attitude that includes Arabic. Hebrew, meanwhile, is intimately connected to the identity of Israeli Jews, who in the larger Middle East are a language, religious, and ethnocultural minority.

The fraught relationship between a Jewish state and the non-Jews within it as well as surrounding it, language-wise, meant “Hebrew attained prominence in the non-Jewish literary sphere only in the 1980s, with the works of Anton Shammas, a Christian, and Naim Araidi, a Druze.” (The first Hebrew novel by an Arab, Atallah Mansur’s 1966 In A New Light, proved to be “a fleeting phenomenon.”)

In the press of linguistic intimacies in Israel, the two Semitic—related, but mutually unintelligible—languages cross-fertilize each other, even in the “mutually alienated cultures” found within the state’s borders.

Shakour and Trabeih note that Palestinian “Arabic has borrowed many Hebrew words and even sentences.” Meanwhile, Hebrew, which was revived and modernized in the nineteenth and twentieth centuries, has adopted words from Arabic, as well as a host of other languages including Aramaic, Yiddish, Ladino, Polish, Russian, English, and so on.

Shammas, a noted translator of Arabic into Hebrew (especially of Emile Habibi), is a conscious language bridge-builder between the two languages. Part of this language-bridging means he invents neologisms, new words, in Hebrew.

As Shakour and Tarbeih detail, “Shammas creates new verbal forms in Hebrew by deriving them from nouns along the lines of such derivation in Arabic.” Their first example adds another language to the mix: “the Arabic verb šaksbaranī derived from the noun Shakespeare leads him to use the same derivation in Hebrew.”

Such neologisms can make texts “more obscure” to native readers of a language who have never encountered the word before. Shammas does it to “give the work a highly authentic flavor” to the Arabic culture he wants to introduce to the Jewish Israeli audience.

Perhaps unsurprisingly, some partisans of both Arabic and Hebrew have criticized Shammas’s translations for daring to speak across antagonistic borders. Some Israeli Jews think only Jews can create Hebrew literature. For them, Hebrew is part of the Jewish national character, part of the Zionist project. Some Palestinians think he’s using the enemy’s language, putting a spin on the Italian saying “Traduttore, traditore.”

The saying, meaning “the translator is a traitor,” is usually meant to signify the compromises necessarily made to help language slip across borders into other words. Of course, both languages here, like most languages, are already infiltrated by each other, something language’s border guards never seem to accept. 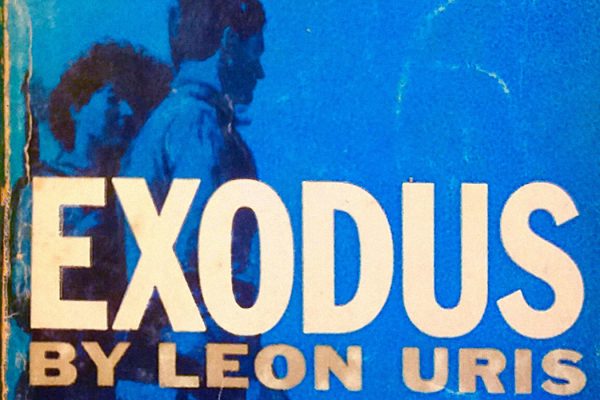 Leon Uris's bestselling book Exodus portrayed the founding of the state of Israel in terms many Americans could relate to.