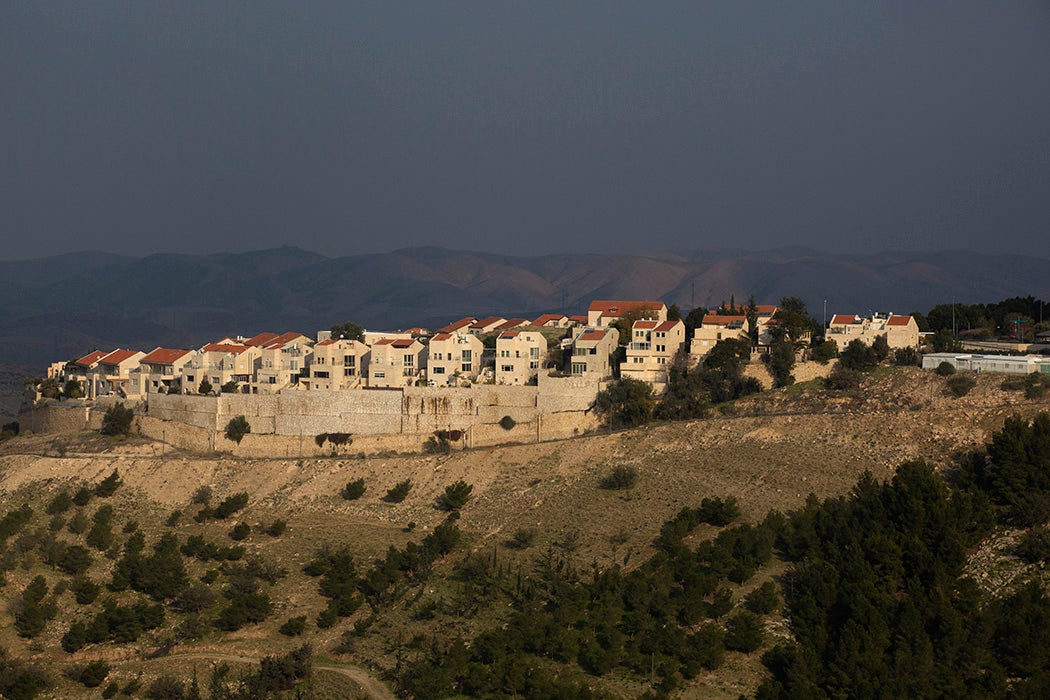 After a relatively dormant period, the Israel-Palestine conflict erupted into open war in May of 2021. Hamas in Gaza and the Israeli army engaged in the first sustained exchange of rocket fire and airstrikes in seven years. The near-term cause of the fighting was a series of disputes over the usage of the Al-Aqsa Mosque and nearby Wailing Wall in Jerusalem, as Israel’s national holidays conflicted with the Muslim holy month of Ramadan.

Moreover, both the governments of Israel and the Palestinian Authority are weak in 2021, discouraging either side from compromise. At that time, Israeli Prime Minister Benjamin Netanyahu failed to attract the necessary cohort of far-right wing politicians to form a coalition government in Israel’s parliamentary system. The President of the Palestinian Authority, Mahmoud Abbas, canceled elections to avoid a potential loss. This emboldened Hamas, which broke with Abbas’ party Fatah in 2007 and has remained in sole control of Gaza since that time.

However, the most important long-term factor has been the continuing Israeli efforts to displace Palestinian residents of the occupied Palestine territories and to settle Israeli citizens in their place. Israel occupied the Palestinian territories of Gaza and the West Bank in the 1967 war, which had been formerly under the administration of Egypt and Jordan, respectively. Israel has permitted hundreds of thousands of settlers to make land claims based on pre-1948 ownership in these territories, and to establish entirely new communities on land claimed by the state in the intervening decade. The UN has formally denounced this policy as a violation of international law.

This long process also arrived at a significant turning point in early 2021, as Israel courts ordered several Palestinian families to vacate their Sheikh Jarrah homes, where many had lived for decades. Those official decrees to remove Palestinian families from their homes in the Sheikh Jarrah neighborhood of East Jerusalem near Al-Aqsa triggered Palestinian street protests and violent clashes involving Israeli police by May of 2021.

The following research available for free via the links below offers valuable insight and historical context on the topic of the Israeli settlements.

Beinin situates the phenomenon of the Israeli settlements in historical context. In the era of Ottoman Palestine and even the British mandate that followed World War I, Christian, Muslim and Jewish communities lived side-by-side in Palestine’s major cities Jerusalem and Jaffa. They socialized together and invested in each other’s business ventures as the Levant entered the industrial world. Although many early Zionist settlers, and the later Labor Zionist movement, idealized rural settlement and agriculture as the principal way of creating a Jewish homeland community, Beinin demonstrates that it was largely cities that Zionist immigrants moved to and sought to transform, both before and after the formation of Israel in 1948 and the 1967 war.

“Despite its preponderantly urban character, the post-1967 settlement project has produced a diametrically opposite model of urban life than the norms of late Ottoman Palestine—in practice and as the settlers’ ideal,” Beinin writes. “Jews exclusively inhabit all settlements—urban, suburban, or rural, ideologically or economically inspired—though Palestinians are often employed in them, even to construct them. All Jews are Israeli citizens with greater rights and subject to different laws and norms than their non-citizen neighbors.”

Written only 15 years after the 1967 war, Abu-Lughod’s research provides valuable insight into Israel’s initial government and settlement strategies of the Palestinian territories. Although some right-wing politicians made immediate demands to annex Gaza and the West Bank, in spite of international law, most Israeli leaders realized that this would raise the question of giving citizenship to Palestinians. They then sought other means of legally expropriating land and diminishing the power of occupied Palestinians.

Indeed, Abu-Lughod argues Israel drew on the experience of urban planning inside Israel between 1948 and 1967 to diminish the concentration of Arab Israeli citizens in certain parts of the country when planning the distribution of occupied territory settlements. The justification for taking possession of this land comes “from the fiction of government succession.” The legal practice of freehold private property developed later in the Muslim world than in Europe, and much of the marginal land in the West Bank remained unregistered or in religious foundations (waqfs), which Israel claimed as state land after 1967. “While the confiscation and reassignment of ‘state land’ to Jewish settlers is inherently no more legitimate than any other form of expropriation, the Israelis have made much of this distinction between public and private ownership in their defensive arguments,” she writes.

This is a deep dive into the social and legal situations of the Palestinian families in the Sheikh Jarrah neighborhood of East Jerusalem living on land with disputed ownership. Twenty-eight refugee families with 500 people had been living in homes  they had built on land granted to them by UNRWH after fleeing from other homes inside Israel after its creation in 1948. Since 1967 and the Israeli declared annexation of East Jerusalem, the Nahalat Shimon company has brought Ottoman-era documents claiming some of the land in the neighborhood had been owned by Jewish families in the 19th century. It succeeded in forcing out four of the families in 2009.

Sergides questions of the legal proceedings of applying domestic Israeli law to Palestinians in territory recognized as occupied under international law. “Moreover, the delegation observed that there is an asymmetry in the way the Israeli courts treat the question of pre-1948 property rights,” she writes. “While the courts have been willing to uphold claims by Jewish organisations in relation to property in Sheikh Jarrah allegedly owned by Jewish families before 1948, similar claims by the Palestinian residents of Sheikh Jarrah in relation to lands which their families owned in what is now the State of Israel would not be entertained.” She concludes by highlighting the ways Israeli demolitions of Palestinian homes and restriction on new construction is causing a housing crisis in East Jerusalem.

The most recent installment on this list, Shehadeh reviews the politics of settlement in recent decades in light of the Trump administration’s decision to move the US Embassy to Jerusalem, recognizing it as Israel’s capital on Dec. 6, 2017. In particular, he highlights the failures of the two-state solution to reconcile the existence of settlements within Palestinian territory, an inherent flaw in the 1990s’ Oslo Peace Accords.

The Accords divided land in the West Bank into three areas: A) Palestinian control; B) Palestinian civil control with Israeli military control and C) Full Israeli control. The resulting map is a Swiss cheese of administrative areas. Combined with Israel’s direct annexation of East Jerusalem, it divided Palestinian settlement into a patchwork difficult to govern. Although the PLO made these compromises to win recognition from Israel, the resulting devolution of political power only heightened the distinction between settlers, who enjoy citizenship rights and state services, and the disenfranchisement of Palestinians.

This review essay is a cultural critique of the way religious Israeli settlers are conceived in the news media and academic works. Works in both fields, Dalsheim and Harel write, depict these Israeli settlers as religious fundamentalists that are seeking both to create socially alienated communities and to fulfill a religious commitment to reclaim what they see as land promised them in the bible, despite international law. However much this reflects the truth for some communities, they argue it does not reflect the huge diversity of people actually settling in the occupied territories. Moreover, it serves as symbolic legitimization of other brands of Zionism.

“These representations of settlers not only portray religious settlers as categorically different from ‘ordinary’ or ‘mainstream’ Israelis, they also project a sense of moral legitimacy for those writing against the settlers,” Dalsheim and Harel argue. “They reaffirm a moral high ground for Israelis by inscribing a deep division between Israel inside its internationally recognized borders and its settlements in the post-1967 occupied territories.” 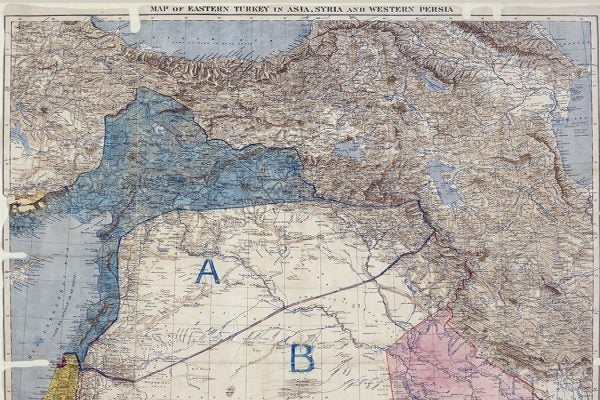 The Sykes-Picot remade the Middle East for British and French control. A century later, their legacy is a disaster.